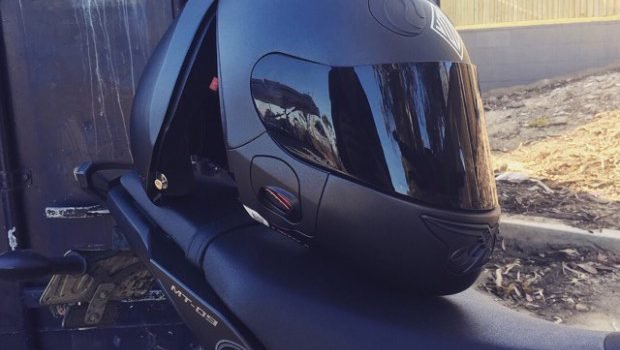 Henry, or Harry as he is called, is the son of a mate of mine. He bought himself a Vozz lid and I asked him to tell me what he thought of it. This is not a traditional press test, where I get given a product and then I tell you about it – and you can read my take on the lid HERE if you feel you must. These are the words of a young rider who paid for the helmet after informing himself about it on the Internet. It’s as honest as it gets – Boris

It was just a regular work day at work. I was filling my postie bike up with fuel and a rider stopped to fill up his bike at the next pump.  I saw him take off his helmet in this strange alien-type way and I was intrigued to see how it worked. We chatted for a bit and he told me he was the co-founder of Vozz, a new Australian helmet company. He was having a stand at the expo at the upcoming Eastern Creek Classic Motorcycle day and he told me I should check it out. 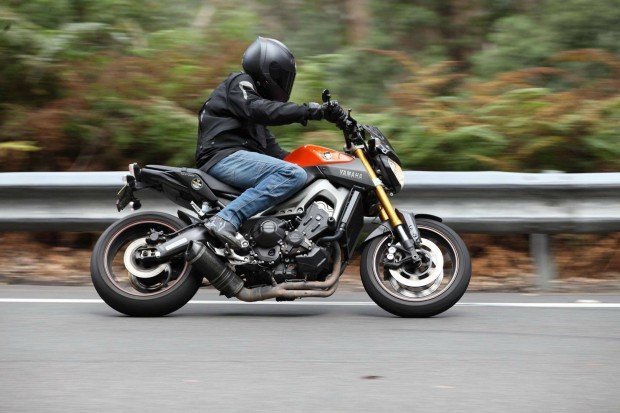 A few weeks later my dad and Boris made our way there and after looking at some beautiful classic bikes I found myself at the Vozz helmet stand. I was seriously interested in these helmets. They looked really trick and weird, and I wanted one, badly. Unfortunately, I had just bought a new Arai Corsair 5 and couldn’t afford the extravagance of having two helmets.

Roll forward 10 months and my Arai had acquired several thousand kms and was a bit loose… and y’know, kinda boring. So I looked up Vozz helmets on YouTube and watched a few videos. Nek minnit I made my way down to Northside motorcycles, put my money on the counter and picked up my new lid. 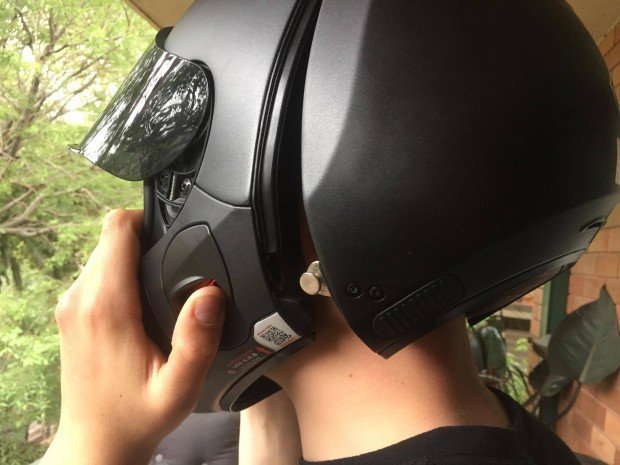 Easy on, easy off.

Now, you might wonder why anyone would buy a helmet that doesn’t have a strap and that…well, splits open. Well, because it’s better to have a helmet that sort of clamps around your head than one with a big hole to allow your noggin in and out. The Voz will not split open in an accident, but your traditional helmet may well come off your head. Remember Marco Simoncelli? This Vozz lid is a serious bit of kit. You want this helmet, you just don’t know it yet.

But obviously a new helmet must fit you well and be comfortable, or else there would be no point in buying it.  My dad has bought Arais for years, cursing their shit visor system, purely for the good fit over his misshapen bonce. But if the Vozz does fit you well and you are still unsure whether or not you want to buy one here’s a few things I have noticed from my time with it… 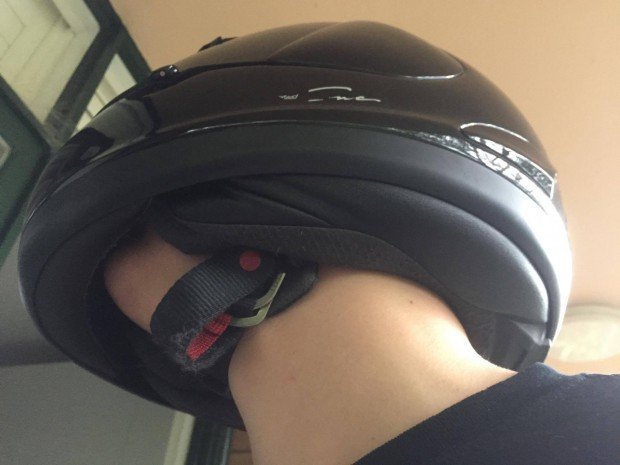 This is a traditional helmet. 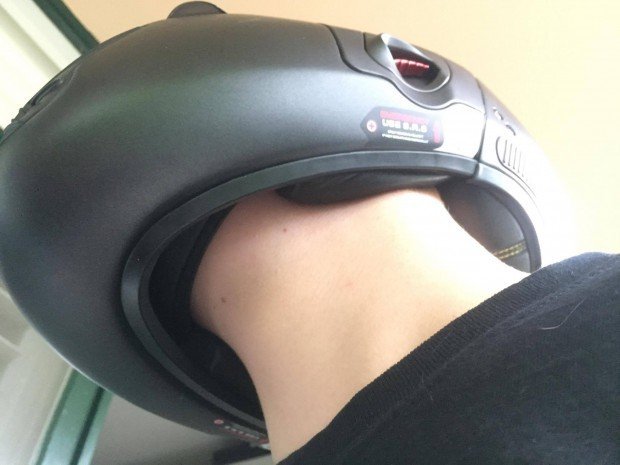 This is the strapless Vozz.

It’s beautifully quiet.  This is probably due to the small hole in the bottom and the cushioning around the neck. Wind noise is pretty much non-existent around town, and even on the highway you’ll hardly hear wind noise.

The fabrics inside the helmet are very plush.  It certainly doesn’t feel like an Aldi helmet. I never want to take mine off but I think it would suck sleeping and eating in it.

Because it splits open and clamps your head,  your head is so well snugged inside the helmet you forget it doesn’t even have a strap cause it doesn’t move around on your head.

I’ll say that again. The helmet doesn’t move. Its aerodynamically stable and the close fit keeps it snug, even when doing freeway speeds.

The visor system is really easy to use compared to my old Arai, but probably standard for most helmets these days.  However, the VOZZ does come with one clear and one dark visor as standard in the box.

The helmet also comes with an awesome helmet bag. A proper bit of luggage, suitable for chucking into the boot of a car if you’re doing a track day, for example.  A nice bit of value-add.

I Guess the really good thing about this helmet is not that it has two visors or that it looks cool, its that it’s quieter and more comfortable than any helmet I have ever owned.

I picked mine up for $700 which is around $300 cheaper than a top-end lid made by someone else. I think its very well priced and worth every cent. 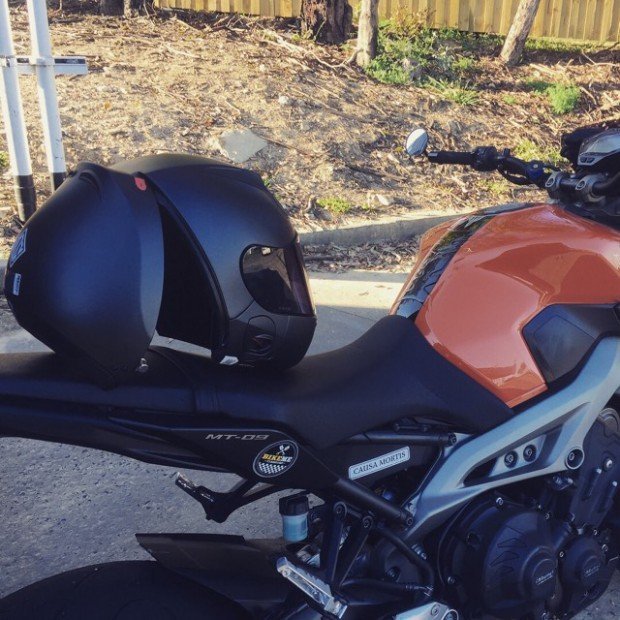