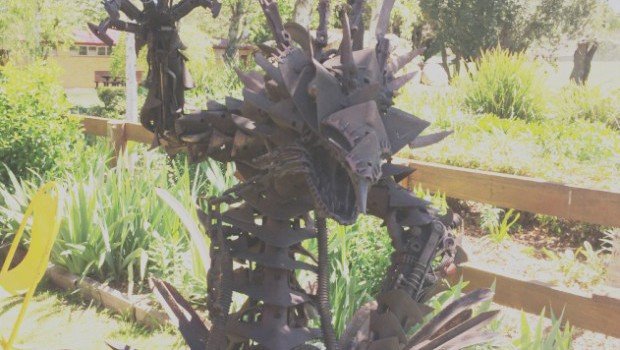 Bly asked me if I wanted to ride down to Victoria for the MotoGP, and get harassed by the Victorian Police Force. I remember the last time I rode to Phillip Island Raceway they pulled over every motorcycle headed towards the track for a “licence check”.

“Me either”, said Bly. “I’m going north to Kingscliff again. We can drink cold beer in warm weather and watch it on the big screen, and ride those great roads up there. Want to come?”

There was a bit of boring motorway involved. We stopped at Gloucester for lunch, and I checked my phone. Bly asked what I was doing. “I am monitoring the Greatest Show on Earth”, I told him, “The US Presidential Election.”

“It is gripping”, I told him. “Project Veritas released a video yesterday showing the Dems paying violent crazy people fifteen hundred dollars to go to Trump rallies to start fights, and they say they will be releasing stuff every day this week. Wikileaks are dropping hacked emails from the chairman of the Hillary presidential campaign and say they will do so every day until the election.”

“Who do you think will win?” asked Bly.

We rode Thunderbolts Way to Uralla. There was a Highway Patrol car just outside Uralla. Its radar appears to have been faulty. We turned east, rode some winding roads, and stopped at JAF’s place for the night. I commended the Greatest Show on Earth to JAF.

We dined. We drank wine. “And what makes you think that Trump will win, Al?” he asked.

“Numbers”, I said. “Energy. On reddit, SandersForPresident has two hundred thousand subscribers, and he’s dropped out. The_Donald has close to a quarter of a million subscribers. HillaryClinton has thirty thousand. Hillary4Prison has sixty thousand.”

Gus and his lady arrived. It rained while we slept.

JAF made us espresso in the morning. I checked my phone. Project Veritas had released another video. It was hilarious. Wikileaks had dropped another batch of emails. The centipedes on 4chan and reddit were on the case, doing their best to change the leadership of the western world using dank memes, high energy, shitposting, weaponised autism and a fanatical devotion to their lord Kek.

We headed north on the winding Nymboida road. It was wet and there were leaves and things on it. Some drunk had painted “1” in front of all the “35km/h” recommended speed signs, and changed all the hairpin turn graphics so they looked like a cock and balls. I chased JAF, and passed him after he got sideways coming out of a slow corner. He wasn’t going that hard. “What tyres are you using, JAF?” I asked him when we stopped for petrol near Grafton.

We stopped at a café at Nimbin for lunch. They sold cocktails. I ordered a Margarita. They said they could only serve me a drink if I ordered food, because law, so I bought the cheapest thing on display, which was a gluten free panforte. I tried to give it away. No-one wanted it. Then, to add insult to injury, they bought me a marguerite pizza instead of my cocktail. Never hire hippies to run businesses.

On the plus side, we went over the Burringbar Range on the way to our hotel. One special road.

I pontificated at dinner. “No-one likes her,” I said. “Even her own side hate her. And her campaign is full of retards, except for Brent Budowsky and Neera Tanden.”

“But who will win the MotoGP?” said Bly.

Jules was sort of a local. She knew the roads. She took us for a ride the next day. It was very lush and green and scenic. We went over the Burringbar Range again. Win!

Then lunch, and beer, and MotoGP on the big screen. Rossi didn’t win. I shall be asking Boris to have a firm word with him.

We rode back the next day, pretty much the way we had come. We stopped in Walcha for a burger before tackling Thunderbolts Way. We sat in the garden of a café that had weird sculptures. I pulled out my phone and quickly got up to date.

“Yeah,” I said. “The average man in the street has had enough. He can see from the Wikileaks articles where the Dems and the media are feeding him bullshit, and he’s had enough. He knows Caitlin Jenner isn’t a woman. He knows that six hundred thousand Americans died in a bloody civil war to end slavery, and a black man has been elected to the highest office in the land twice, but he gets told he lives in a racist society. He gets told he lives in a rape culture, but when he points out that he doesn’t know any rapists but there’s a real rape culture in the Middle East he gets called Islamophobic. Voting for Trump is how he can tell them all to go fuck themselves.”

“And the average woman?” said Bly.

“You’ve got to be pretty stupid to vote for a candidate just because you both have vaginas”, I said. “I don’t think most women are.”

“Let me tell you about my ex-wife”, said Bly.