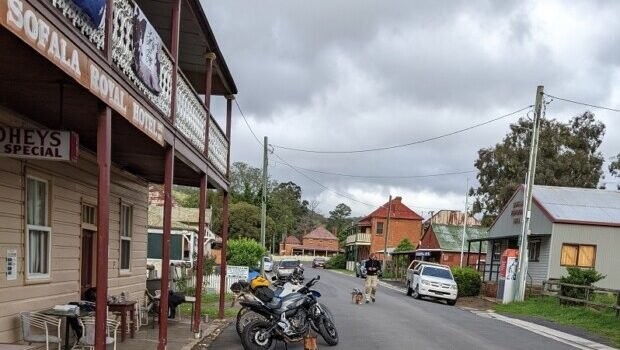 Lockdown ended. We planned a wake. At Sofala, where we used to go camping in the old days. People said they were going to camp there to remember him.

I wasn’t. When it comes to sleeping under the stars, five is an elegant sufficiency for me of late. Three is satisfactory. I booked accommodation at the Old Sofala Gaol. It was built in 1895, and comprises cells, accommodation for the coppers, and a commercial kitchen at rear from when it was a café in pre COVID times.

There was an incident at the campground seven or eight years back involving drunks with sharp objects. The sharp object was Gonzo’s. Bubba damaged his hand. After much retelling by gifted storytellers, and much spirituous liquor and God knows what else, the incident became known as The Stabbing.

Gonzo was raring to go. He posted on social media, for those who knew the joke, that he was packed. 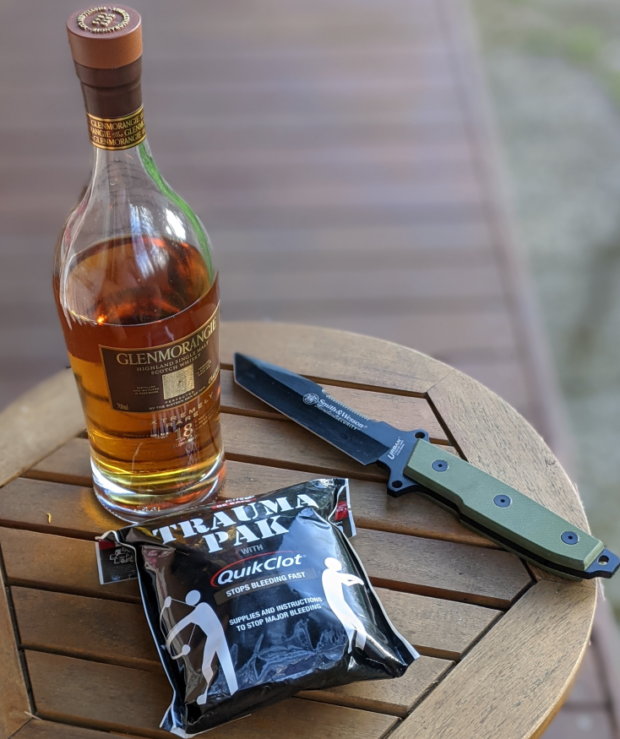 I called him that week about another ride. I said I noticed he was going to Sofala. I told him it was going to rain on the thirteenth. I told him the river was forecast to flood. I said I’d booked the entire gaol. I offered him the Vice Presidential Suite. He accepted.

We left at 0900. It was a beautiful day until the Blue Mountains, then it was a wet day. It was over three hours to Sofala. We checked in at the gaol. That is, some local gave us a key and then left. We took the bags off our bikes.

We rode down to the pub. Dan and Bianca were there. We drank with them some. They said they didn’t have a place to stay. We took them up to the gaol. We paid the management extra.

We rode out to the camp site. Snowy and the other Dan and Tony had shifted camp during the night as the river rose. We found them on the side of a wet slippery dirt road. They were sitting under a picnic shelter in the rain drinking Stones Green Ginger Wine. 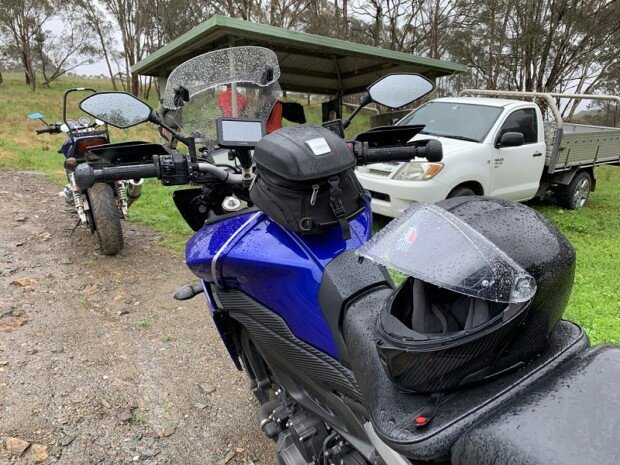 Gonzo and I parked on the wet slippery dirt road. Snowy told appalling war stories about his soldiering days. I broke out a hip flask and some shot glasses to keep Gonzo and me nourished.

We bought whisky in bottles and retired before being asked to. We continued at the gaol. Gonzo had a flask which contained, he said, eighteen year old Scotch and the tears of Ducati riders. It wasn’t as salty as I thought it would be.

It dawned a beautiful sunny day. The campers had bought bacon and sausages and eggs. Ferghal cooked a high protein breakfast. We loaded the dishwasher in the commercial kitchen. We went out to stand in the sun where the bikes were parked. Rough men packed hard liquor. 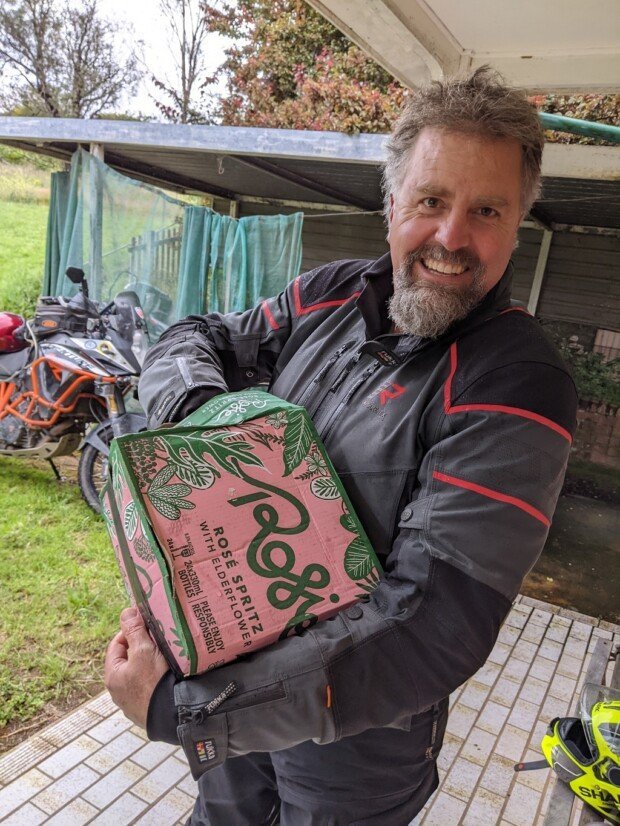 In his defense, apparently they were all out of Passion Pop.

Gonzo was looking at Ed’s KTM.

“It looks like you’ve got your money’s worth from those crash bars”, he commented, pointing.

“Nah”, said Ed. “Those scratches are from having highway pegs fitted. THOSE ones, though, are from killing a ‘roo on a lonely dirt road.”

“I had to have a little nap around then”, said Ed.

“And then you woke up and killed the ‘roo?” I asked.

We loaded the bikes. Five of us decided to leave via the Turondale road. I led them out of town on the Tracer, hung over. Three or four corners into the twisty bit on the Hill End Road, I hit some gravel in a turn. The front let go for twenty or thirty centimetres, then grabbed. The rear hit the same patch and let go for twenty or thirty centimetres before grabbing as well. The bike did a big wobble and tried to spit me off on the high side. I stayed on, but I ended up on the wrong side of the road.

We stopped at Bathurst to farewell the three southerners. I’d hurt my leg in the big wobble. The southerners said I should practice my drift skills. They reminded me that it’s illegal to cross a centre line without signalling.

Gonzo and I went the back way into Lithgow. The causeways were flooded. My poor reaction times made me hit the first one way too fast. I didn’t have time to wash off much speed. I let go of the brakes at the last moment and hit it square. There must have been more than half a metre of water over it. My forks bottomed out in the deepest bit.

The bike steered straight. I stayed on. This is why some give thanks to the Road Gods.

The floods hadn’t improved the roads around Tarana either. My forks bottomed out one more time on that section.

We stopped at Bowenfels for fuel and coffee. The front wheel on the Tracer was surprisingly circular.

We left. The Random Breath Test unit up the road didn’t make us stop. I didn’t stop again until home. It was a 135 minute ride.

I put the bike in the garage, took the bags off and went upstairs with my luggage. I opened the apartment door.

“Hi Dad”, the girl-child greeted me. “How was your trip?”