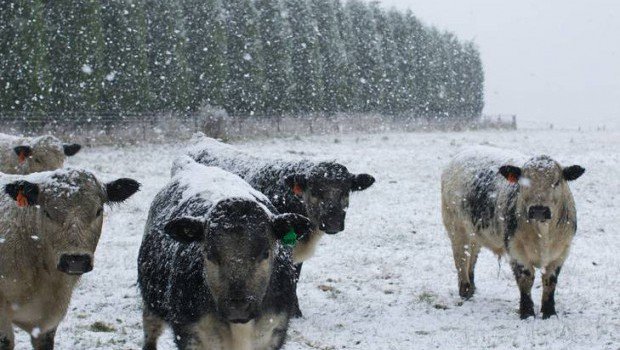 Bly said he had some urgent work coming up, and he had to prepare for it on Sunday, and so he couldn’t come on a ride with me. He said it had nothing to do with that map on the TV of forecast snow all the way up the Great Dividing Range to the Queensland border.

I checked the Bureau of Meterorology radar, and by 10:00 it looked like all precipitation was east of the Putty Road, and it was going to miss Sydney.

I told everyone who would listen on the BIKE ME! forum that I reckoned people would start to think a bloke was gay unless he rode up the Putty Road and along the Bylong Valley Way and had some lunch at the Globe at Rylstone.

Not that there’s anything wrong with that. Having a steak at the Globe, I mean. Being gay is pretty gay.

The Putty was good. I went quite fast unless the reader is a state government employee, otherwise I travelled at exactly the speed limit. The Ten Mile had a wet surface, but I still blitzed four Harley-Davidsons and a car while riding the section that winds along beside Darkey Creek. I sang Mississippi Mud in my helmet. A guy on an orange Hyabusa chased me, but he dared not use his horsepower advantage.

I decided that lunch is for the fat, so I kept going through Rylstone.

First snowstorm was south of Ilford.

Second one was from Lithgow to Bell. My visor iced up, and my eyeglasses, and I had to drop them on my nose and peer over them like an old man, and snow got in my eyes and stung me.

Also, it has a sub standard coefficient of friction, and the bike skidded when I turned it and when I stopped to let tailgating 4WDs pass me.

I was pathetically grateful when the snow turned to icy rain at Bell.

Such snow. So cold. I spent a long time in a hot bath when I got home, and drank much warming liquor.

In retrospect, jeans was a bad idea, but the waterproof touring pants make my arse look big.