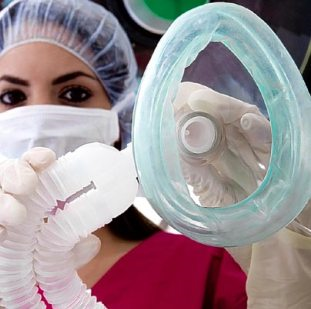 I had to go into hospital a while back for a routine examination that involved a general anaesthetic.

“And what have you provided for my pharmacological pleasure today?” I asked the anaesthetist.

“Never heard of it.”

“You should have,” she replied. “It’s the drug that killed Michael Jackson.”

I was impressed. She inserted a needle into my arm, my arm went very cold, and I woke up an hour later after the best night’s sleep I’d had in years.

How efficient is THAT? No wonder Jacko thought it worth paying a full time physician to pump the stuff into him.

The nurse in the recovery room gave me a light lunch and asked how I was getting home.

She was horrified. “You can’t do that!”, she said. “You’ve had general anaesthetic!”

“You can’t,” said the nurse. “Once, a lady had a general anaesthetic, and walked home, and on the way she passed a furniture shop, and she went in and bought a lounge suite she didn’t need!”

“It’s OK”, I said. “There are no furniture shops between here and my home.”

“You can’t,” said the nurse. “Once, a man had a general anaesthetic, and walked home, and on the way he went into a motorcycle shop and bought a motorcycle, and he didn’t even have a motorcycle licence!”

“I’m calling you a cab”, said the nurse.

“They won’t come”, I told her. “I live next door. It’s a fifty metre walk. They’re not interested in a fare from here to fifty metres away from here.”

“We will give you an escort”, said the nurse. She summoned an orderly.

“Abdul! You are to walk this gentleman home.”

I got in the elevator with Abdul. By the time we got out on the ground floor, I had established that Abdul came from Somalia, and that he had no propofol.

By the time we got past where the staff park their motorcycles, I had established that none of them were Abdul’s, but he had owned a small Yamaha in Somalia and wouldn’t mind getting an MT-01.

I told him I had a Honda VFR800. He told me he’d heard they were pretty good.

I told him I would show him, and diverted him into my garage, and wheeled my VFR out, and showed him the single sided swinging arm and how the DCBS system worked and how mine had adjustable forks because I had put damping rods from a CBR600F3 in it; and explained that mine had RaceTech Gold Valves, and stronger springs in the forks, and braided steel brake lines, and how my rear shock was from a CBR929 and had a remote reservoir and didn’t fade on bumpy roads.

Then I wheeled it back in and said they must be wondering back at the hospital what happened to him and it’s been grand and I reckoned I could make it home by myself, as all I had to do was get in that elevator over there and go up five floors and then walk straight in my front door.

Abdul said he guessed I was OK, so I used my swipe card to let him out of the garage, and got in the elevator, and went up one floor and out the door that’s not near the hospital, and walked across the six lane highway and down to the pub, and bought a refreshing James Squire Amber Ale.