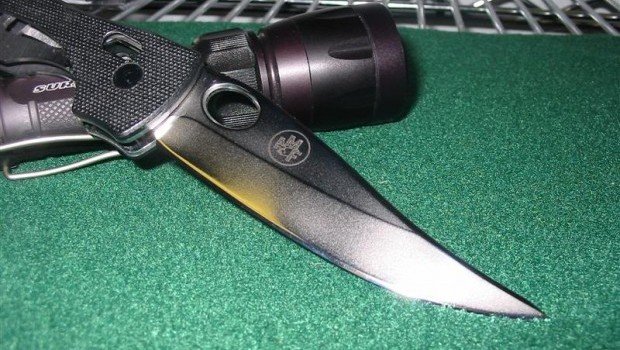 TRICK WITH A KNIFE

I bought myself one of those Leatherman multi-purpose folding tool things today. One of the tools is a really sharp knife blade.

I took it home and amused myself by holding sheets of newspaper up with one hand and cutting them with the tool held in the other, and shaving the hairs on my forearm.

My daughter thinks this is cool. My wife thinks it is childish and immature and dangerous.

I laugh in the face of danger, I told her, and put ice cubes down the back of the shirt of immaturity.

On the minus side, my left forearm now looks like it has one of those disgusting diseases that makes vets shave dogs. What is that all about, anyway? I’m not sure it’s just vets that do it. A friend of mine recently went in to hospital for a medical procedure that was carried out entirely above his waist, yet is complaining that they shaved half his groin. The left half, I think he said. Or maybe it was the right. Whatever. It’s scarcely germane.

I suspect that during the quiet moments, time weighs heavily on the hands of the hospital groin-shavers, and they see an anaesthetised victim as a god-sent butt of their merry japes. My anonymous friend should count himself lucky that they didn’t shave one of his eyebrows off as well, and half of his mustache, blacken his testicles with boot polish, and stick a sign on the back of his hospital gown that said “Kick Me”.