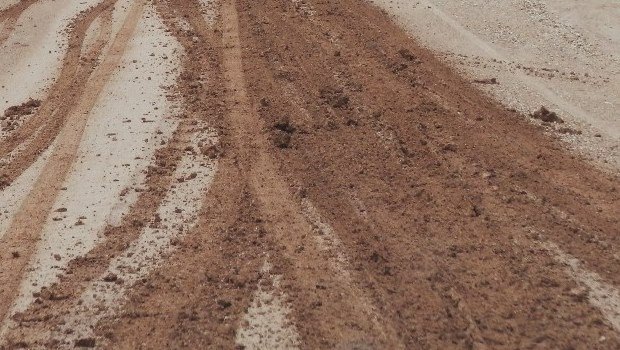 The road was wet and it was seven degrees C and misting rain when I turned west from Diamond Swamp Road on to the Great Western Highway at around 0900. I checked the mirrors, and there was a car gaining fast in the hundred zone. I was in second gear by then, so I nailed it. The bike went ZING! and the rear wheel stepped sideways on the wet road.

“Easy, mighty veefer”, I murmured, and patted its tank.

Third, fourth, fifth, up to top gear. Speed: a hundred indicated. I needed a few more kilometres an hour for safety, so I opened the throttle in top. The bike went ZING! and the rear wheel stepped sideways on the wet road again.

“By Jove!” I exclaimed. “A Pooh trap for heffalumps!”

I opened the throttle again in top gear. The bike did the same thing.

I positioned the bike in what I hoped were the wheel tracks of the cars that used the left lane, and hoped that the cars had smashed the ice on the road there.

It appeared that they had. We stopped at Kelso for gas. Bly said his feet were frozen and he had no feeling in his hands, and the leg where the bone came out that day he took the tyre off the LandCruiser with it was hurting. He said he would fag out and go home.

I kept on up the Turondale Road. Parts were dry. It got a bit warmer. I think it hit eleven degrees C at one stage. Further on there was ten kilometres or so of dirt. The road was damp enough to keep the dust down, but traction was okay.

I turned on to the road to Ben’s house around 1100. It’s an uphill turn on dirt. It had been graded since I was there last. It was wet clay. It started drizzling again.

I went slow, but everything started sliding. I stopped. It took eight or ten attempts to get moving again due to the wheelspin. Usually a rabbit goes for a run near that corner, and I, assuming that the only reason he runs is that he wants to be chased, try to run over him on the VFR800 before he can get off the road. I live to give.

The rabbit did not appear. A kilometre or so further on, there was fifty metres of slick clay. I figured I would be okay if I gripped the tank with my knees, maintained 2,000rpm, and let the bike steer itself.

As I hit the start, a mob of wallabies hopped across the road in front of me. I was busier than a priest in a daycare centre for the next fifty metres, watching the road, the rev counter, and the one that didn’t make it across the fence trying to break the fence and run in front of me to join the others.

There was more slick stuff. It’s a bit over five kilometres to Ben’s place, and it usually takes me five minutes. It took fifteen. It was seven degrees C.

“You need a cup of my java”, Ben told me when I took my helmet off. He was right. It’s instant, but it comes with a shot of Wild Turkey on the side.

We worked for an hour on his web site. The drizzle kept up. I rode to the Gold and Fleece Hotel at Windeyer. Ben followed in his Toyota. While we were having the first beer, he told me how hilarious it was watching the back tyre of the VFR800 skate around in some of the dirt sections. I told him it was twice as hilarious riding it, because you could watch the front skate around too.

Ben bought me a steak. The publican told us where to hunt deer in the area and where to pan for gold. He said there were lots of both around if you knew where to look. We had another beer.

Ben left for home. I left for the Queens Pinch Road, and rode it to the Castlereagh Highway. It’s a great road, even when wet. I passed the turn-off to the Bylong Valley Way. It was 1530. I’d like to have gone home that way, but it’s a five hour ride.

It was only three hours going down the Castlereagh and then the Bells Line of Road. The rain stopped half way over the mountains. The road was as dry as a pommie’s bathmat from Mount Tomah onwards.

I got home and garaged the bike.

There was a text from Bly on my phone complaining he spun up the rear tyre overtaking a car at 110km/h on the way back. My daughter asked how my ride was.

I told her it was another glorious day on the road.