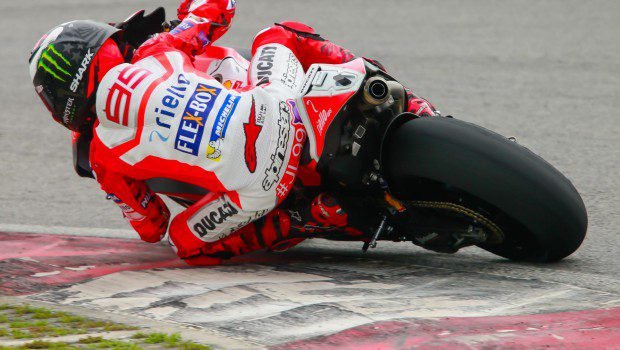 I think you may have seen the following article by Mat Oxley.

Or you may not have seen it since it only mentions your name once and the heading is all about Vinales and Marquez.

Anyway, I just wanted to head-off any anxiety you might have about what Mr Oxley thinks is in that box on the back of your bike.

Now, Mr Oxley is a little bit upset because we had to chase him out of the garage. We actually did think he was a beggar who had stolen a camera from someone. He is English and they always look like homeless people, so our mistake was genuine.

Mr Oxley is actually lucky you didn’t stab him with your spear because you were out the back practicing being a Spartan at the time and could have walked in at any second. Oh, and by the way, the Malaysian cleaners now think they live in Sparta thanks to you telling them that “This is Sparta!” over and over.

That loudmouth Pirro actually told him what was in the box, but Mr Oxley thought he was joking. It was my idea. I thought you might enjoy a hot dog and a fizzy drink while you waited on the grid at the start of the race.

Still waiting on confirmation as to who, exactly, Jonas Fucking Folger is. I’m thinking he’s probably not Spanish.