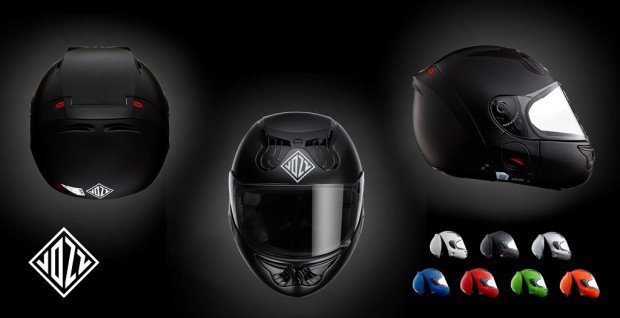 It’s very rare to go to motorcycle-product release and think to yourself: “I’m actually witnessing something quite unique and revolutionary.”

And if the VOZZ helmet lives up to its creator Mark Bryant’s vision, it will certainly be a revolution in terms of how safety helmets are worn.

Mark has spent the last decade perfecting the strapless helmet, and it’s now ready and certified and tested and available for sale by the end of December. An all-Australian product that’s taking on the world.

So these are indeed the days of miracles and wonders. 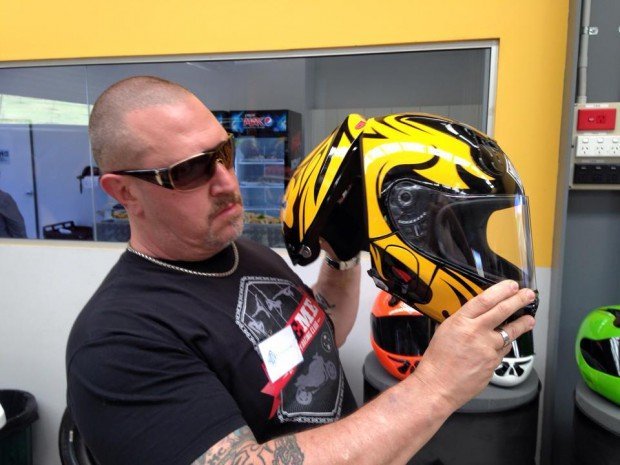 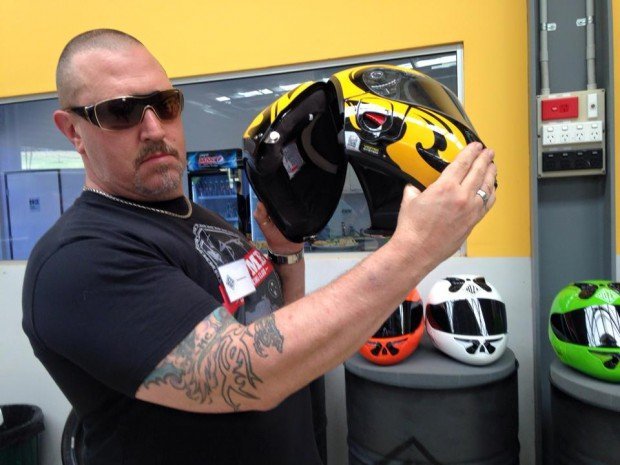 I snapped one on to my head, full of doubt and cynicism (for that is how I roll), and did maybe ten laps of a shortened Sydney Motorsport Park (SMP). I was a lot less doubtful and cynical when I returned.

What was immediately clear was that the VOZZ is not some funky gimmick. It is, for all intents and purposes, a very good lid. It is comfortable, it is quiet, and it offers excellent peripheral vision. It is well-ventilated and it looks pretty cool. It has passed the ECE (Euro) standards, the ASNZ (Aussie and NZ) standards and the USA’s DOT standards. So it is as “safe” as any other lid that has passed those tests.

It’s just that you put it on in a weird way. And it sits snugly on your head in a way that normal helmets just don’t.

That’s the rub. It’s new. And we don’t like new things. Until we do.

You’ll recall all the cat-like hissing when ABS first appeared. I was one of the loudest haters. Then it saved my arse once and I became a believer. 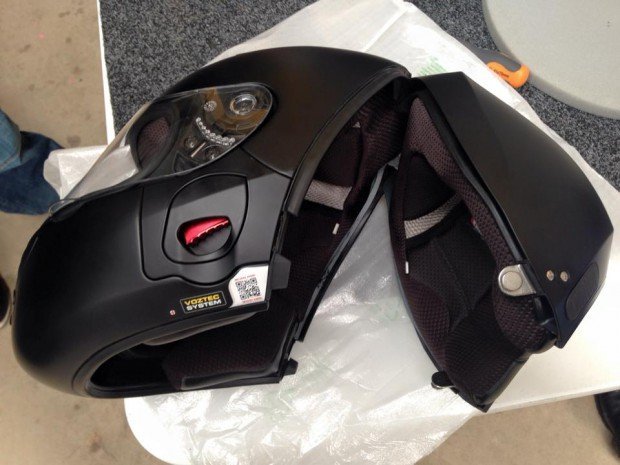 There are two identical red buttons on the side of the lid, which are the release latches. The squiggly thing is one of those Internet thingies which allows paramedics to scan and then view a short video about how the helmet can be taken apart.

I’m thinking this is how the VOZZ will be received. At first, the villagers will arm themselves with pitchforks and burning torches. Time will pass, and those same villagers will accept the VOZZ as another way of wearing helmets. Who knows? It may even eventually replace the current paradigm.

After all, it offers several advantages over the traditional lid.

If you’ve got a dodgy neck, you’ll know that pulling a helmet on can be an exercise in ouch. Then your ears fold up and your earrings catch (especially when you go to pull it off), and you’ve got to jiggle shit around until it sits right. 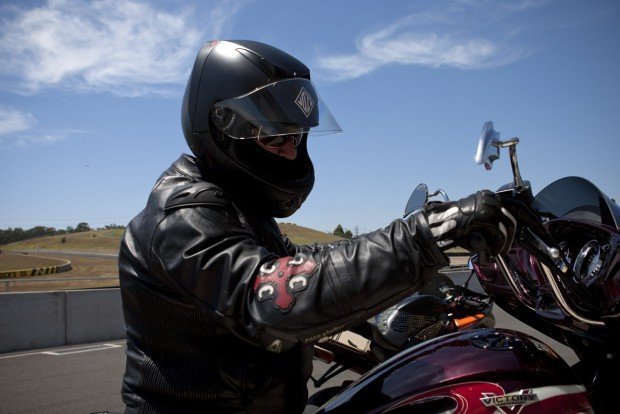 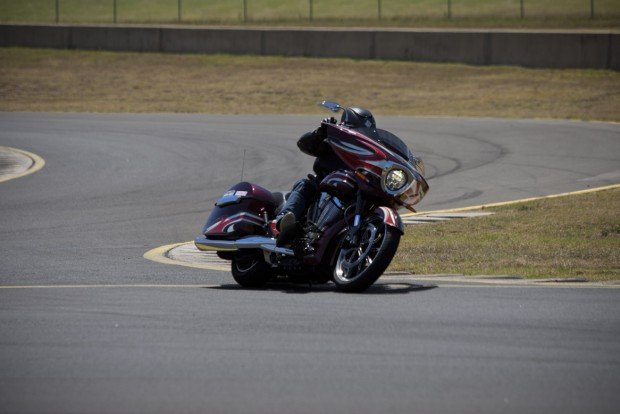 The cutting of the sick laps.

The VOZZ is different. You don’t have to take off your glasses or gloves to put it on or take it off. You put your face into the front bit, and the hinged back piece simply swings down and snaps into place. It’s then held in place by an adjustable chin section, the side padding, and the back padding. It feels a bit like having a big, soft claw gently holding your bonce. Consequently, and because it sits under your chin and snugly on your head, it doesn’t lift at speed, the visor doesn’t move, and it just fits your head better.

Certainly, I achieved no great straight-line speeds around the curtailed (SMP), but physics and aerodynamics dictate that it should not lift at big velocities. 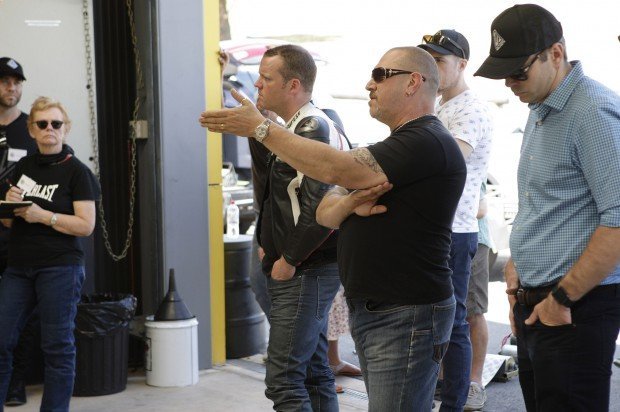 The locking mechanism – and I know you wanna know about the locking mechanism, because I too had visions of it opening under impact and ruining my modelling career – works like the lock on a car door. Mark explained that they put a five kilo head-like weight in the lid and pitched it off a four-storey building and it held together. They also tried to pull it apart in the factory with steel cables and found that the shell failed before the lock did.

And all of this is cool, but then you put one on your head and ride yourself into a tree. Then what? What advantage does the strapless design offer those poor unfortunates who have broken Rule Number One?

For starters, where a normal helmet has an edge around the bottom, the VOZZ has a flat surface. It should, in theory, be kinder to your collar bones and sternum in case of hyper-extension of the neck in those directions. 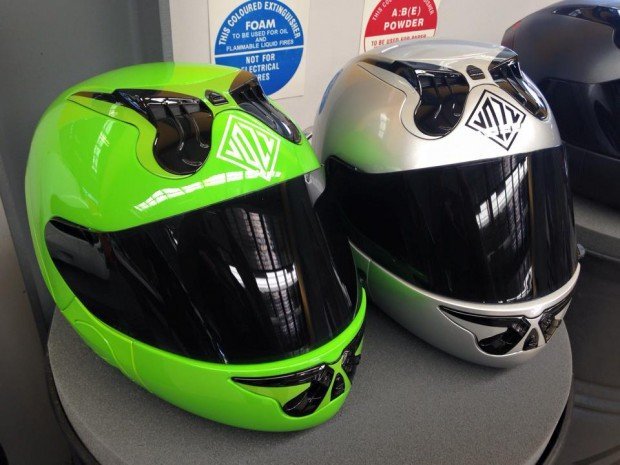 That green is very green.

Then there’s how it comes off. Paramedics will cut a normal lid off a rider if they cannot get it off his head without further injuring his neck. The VOZZ has two recessed screws covered by grommets where the hinge lives. Pop out the grommets; unscrew the screws, and the whole front of the lid lifts off, while the back remains to support your head while they get a collar on you.

So in the event of an impact would this two-piece shell spread the load evenly like a traditional single shell allegedly does? Mark believes so. The EPS liner (that’s what absorbs the impact in a lid) is actually thicker than on traditional helmets.

Some of you will be interested in Bluetooth and comms and that weird shit in your head that compels you to talk to people while you ride. I understand that kind of compatibility is on its way and will appear on a future iteration of the VOZZ. For the moment, you’ll have to yell, like a normal person.

Oh, and it’s about the same weight as one of those flip-top helmets, so a few grams more than a normal full-face.

So what don’t I know about it?
I don’t know if it fogs up easier than a normal lid. It wasn’t raining and I wasn’t hyperventilating in terror. Will water get in along the seam? Mark tells me that a small amount may find its way in if the rain is torrential, but I think that’s of no consequence, given how wretchedly wet we all get when it’s teeming anyway. Normal full-faces leak a bit upwards and through the visor too.

The neck-hole at the bottom of the VOZZ is smaller, so is there less air circulating inside? It was 35 degrees at SMP, and the venting worked well. I do not know how it would go idling along in traffic.

I also don’t know what will happen to those men with massive beards. The beard will probably be pushed backwards and then look very funny when the VOZZ comes off and the beard slowly straightens out. I see that as a positive.

I shall find out more when I get one to wear for a while.

And so we enter a brave new world. Doubtlessly some of you are already heading for the barn to fetch the family pitchfork. But I’m pretty sure that many of you will be as intrigued as I am by the VOZZ.

SHUT UP AND TAKE MY MONEY!

A VOZZ comes in many colours and few graphics. This will, of course, change over time. But at the moment you can have it in matte black, black, blue, green, orange, red, silver and white. It will cost you $888, and for that you get a clear visor and a tinted visor (which are also very easy to swap over) and a helmet bag.

You may gaze at videos and explore your purchase options HERE. 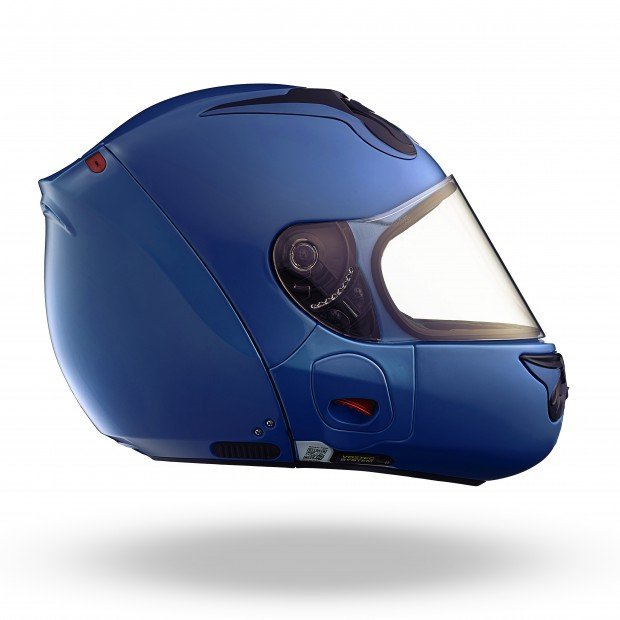 The blue is nice. So are the aerodynamics 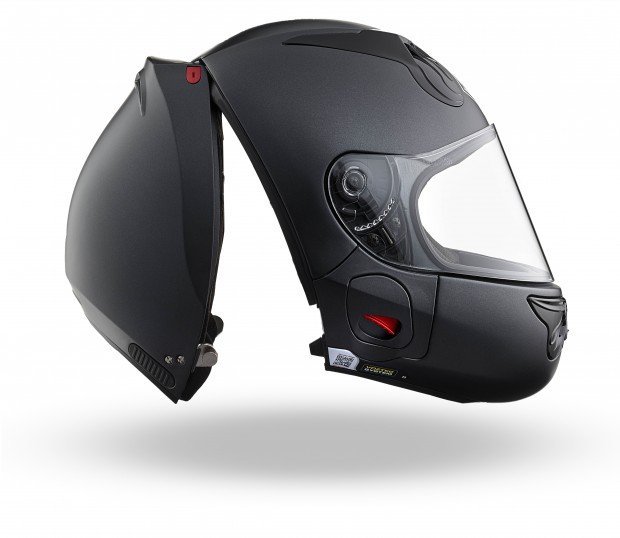 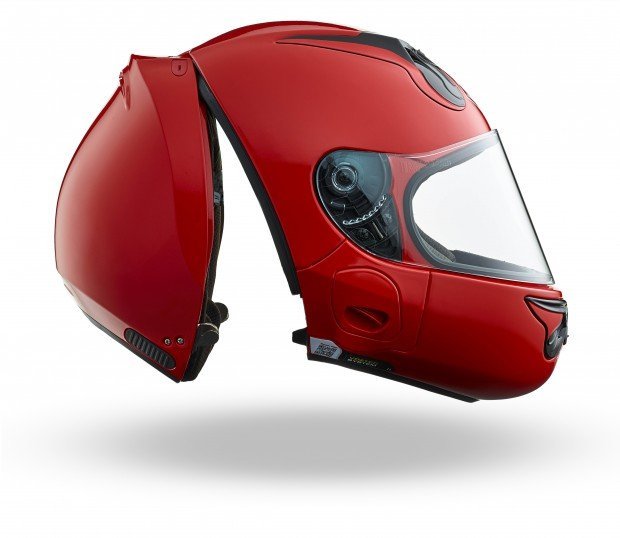