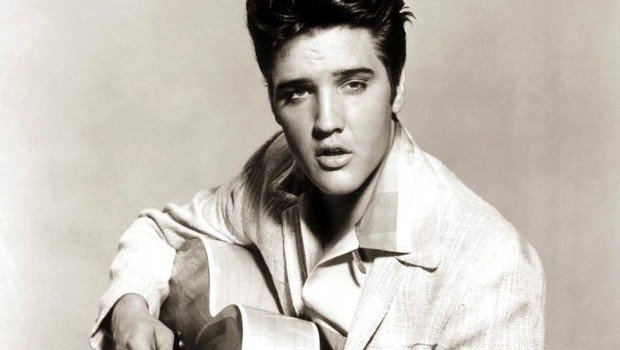 WARNING TO SAFETY TWONKS, ATTGATT MICE AND PEOPLE WHO MAKING TUT-TUT NOISES AT PEOPLE LIKE ME.

YOU NEED TO GO READ SOMETHING ELSE.

THIS IS NOT FOR YOU. 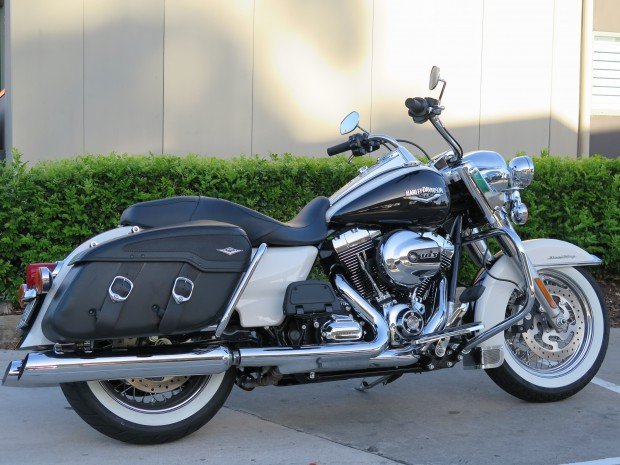 It was one of those December evenings in Sydney.

Everything had combined with everything else to anoint my immediate universe with visceral delight.

I had a sparkling Harley-Davidson Road King between my legs.

I had a leave pass.

I had a bit of money in my pocket.

I was not wanted by the police for anything.

And I was catching up with killers. 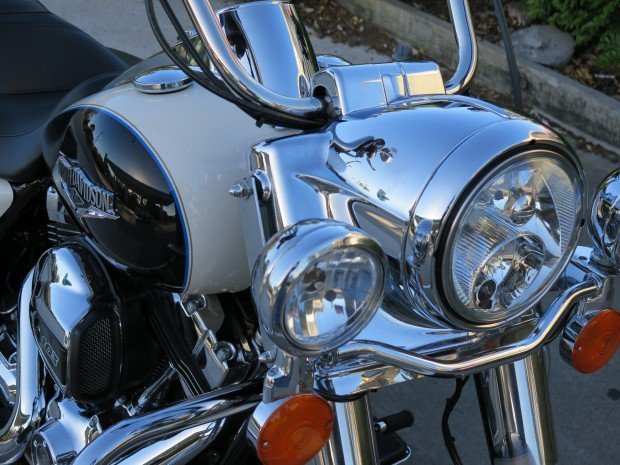 Chrome. All of it. There is none left.

The traffic was light as I made my way into the city where the killers awaited.

My tank was full, my jacket was in a saddlebag, and the air was warm and gently luxuriant against my face and arms.

If The Rules permitted tattooed men to smile on Harleys, I would certainly have been doing so. But The Rules are unequivocal in this regard. “No Smiling When People Can See You.”

So I might have looked like menace incarnate to the casual onlooker, but inside I was the human equivalent of a gamboling puppy in a paddock of sweet-scented grass.

It had been a hot day, and sunset was still an hour or so away, but the sun’s bite had given way to that magical golden warmth the Emerald City serves up on a regular basis during late spring and early summer. 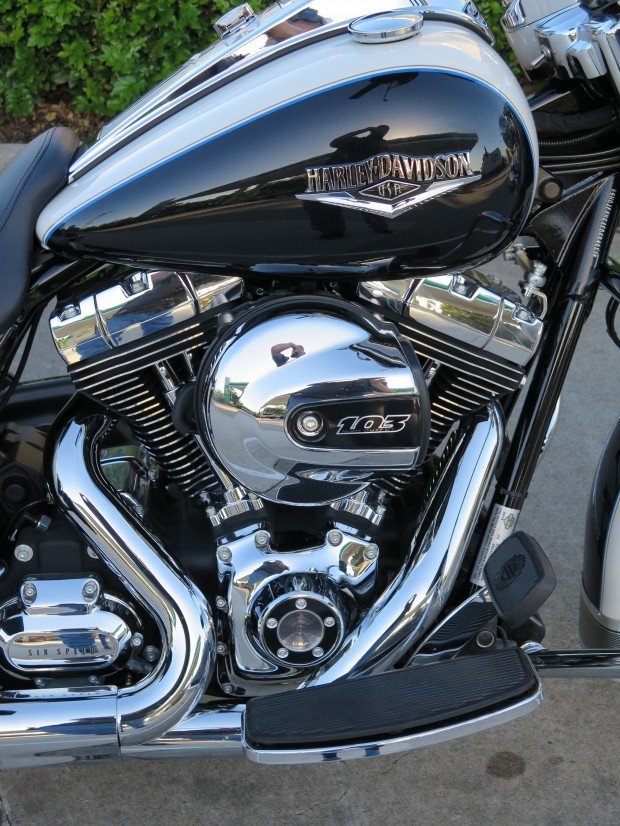 The new air-cleaner looks much better than the old air-cleaner – and that donk is still a vision splendid.

Up north, in Brisbane, people like me were being hounded by a police force crazed with incompetence and power. They had no time to bask in the pleasure of summer evening runs.

Down south, in Melbourne, people like me were deciding how many layers of clothing they would need to wear that evening. “Summer evening ” was not a concept with any tangible parameters in the great southern fishing village. 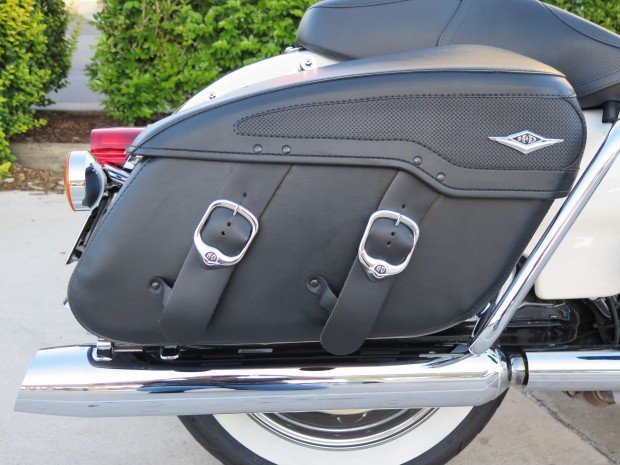 These do not actually do up via the buckles. There are push-in plastic clips under the buckles. Thank the Road Gods. Doing the bastards up like a belt each time would make a man insane. 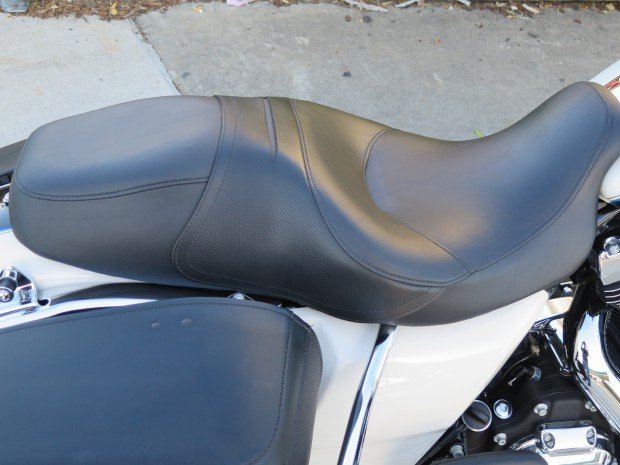 Yeah, it is as comfy as it looks. You can’t wriggle around much, but then you don’t have to.

But Sydney…well, Sydney knew how to do summer evenings like a fat chick knew how to bake biscuits.

And me? Well, I knew how to do Harley-Davidsons on summer evenings. And that’s precisely what I was doing. And the Road King was doing it back to me.

I have had many magical summer evenings on a Harley. I can commend that combination to you without hesitation. 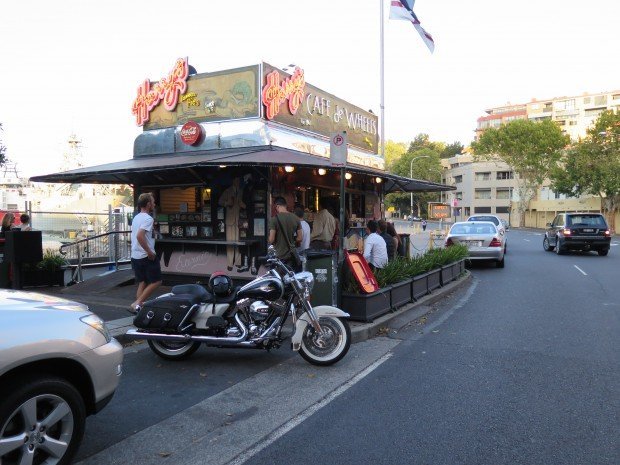 Park an icon in front of another icon… 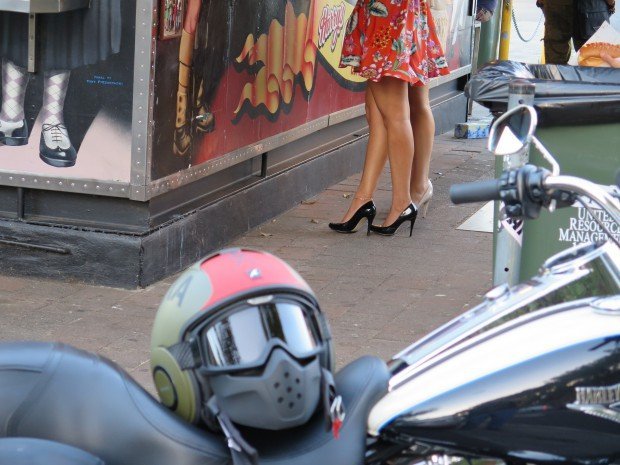 …and the hotties ordering hot dogs will be over as soon as they finish eating.

Yes, I have had many magical summer evenings on shrieking sportsbikes, too. And I can commend that combo to you as well.

But that is a different kind of magic.

And not the one I was practicing this evening.

I was sitting on a comfortable 120-odd, the King thrumming rather organically beneath me. I love how Harleys do that – that unique, deeply-rooted rumble-ride they serve up when you’ve got them in the zone.

I had worked out how to slouch in the seat, and I had one foot up on the left-hand crash bar, and was looking down my nose at the road and the lesser creatures on it. The only purpose these creatures seemed to serve, hunched in their cars like anguished specimens in some peripatetic Petri dish, was to make me feel I had made the right personal transport choice that evening – and every evening that preceded it and was to follow it, world without end, Amen.

Harley had made some right choices with their latest Road King, too.

In the last week, I have had a chance to explore its offerings and I have come to the following conclusions:

There is much that has been positively developed on the bike. Ground clearance is excellent (I shit you not. No-one was more surprised than me and the bitumen of the Comenarra Parkway) and the ABS brakes have also improved. There’s good feel front and rear, and they will bring you up hard, without you having to deploy your feet, Fred Flintstone-style, to help out. Don’t laugh. I used to own a Shovelhead. I know whereof I speak.

The chrome is stunning. But it would make me insane. I’m not OCD, but I would be forced to become OCD just to keep it immaculate. There’s so much of it, and if you miss a spot, that’s the spot that you will see as you’re banging through a tunnel and admiring the way the overhead lights reflect off the cowling…except for that spot you missed. 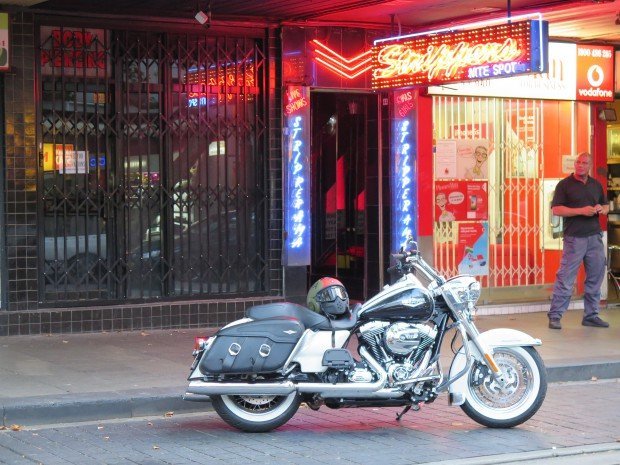 The hard-soft saddlebags are cool, and while it would be nice if they locked, that doesn’t stress me out too much. I’ve never been stupid enough to leave my shit in or on a bike I can’t see. It’s not the bike’s fault if you are. The bags are roomy, but quite narrow, so while you won’t get a lid into them, you’ll certainly split lanes without an issue.

I said in Part One that the Road King comes off the mark with quite some verve. I have not resiled from that view. In fact, the whole package is a great deal more agile than you would think. The King will outhandle the Softails with ease. It’s just better at getting around corners and not leaving bits of itself on the road.

Harleys have always excelled at this.

Two girls at Harry’s Café De Wheels positively squealed for me to take them for a ride on “that beautiful fucken bike”, but were hauled off by their horrified boyfriends before I could decide which one would go first.

A stunning blonde piece that smelled like a fruity sex-pudding blew the bike a kiss when I stopped to let her cross the road at a set of lights on George Street.

The bloke outside the strip-joint asked me if I needed one of the girls inside to maybe suck my dick for a bit, but I’m not sure if that had anything to do with the bike or just what he did for a living. 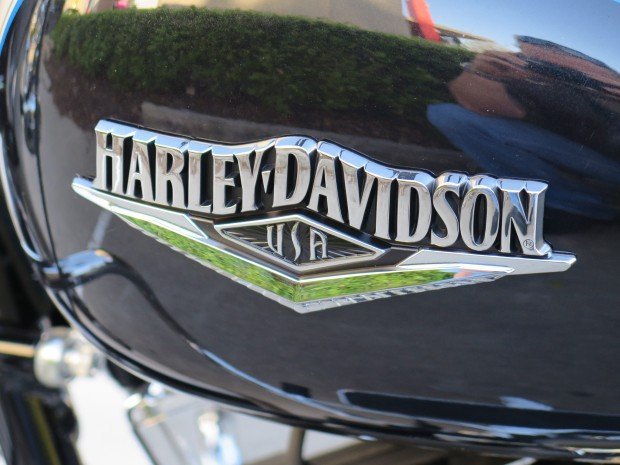 Your passport to being showered in damp panties

I eventually caught up with my mates at a place I go to in Surry Hills now and again. They’re a bunch of Serbs, most of whom fought in the recent Balkan wars and all of whom have fascinating stories to tell, and all of whom ride bikes. Sure, none of them ride bikes like I ride bikes, which is daily and constantly and with a kind of manic intensity that makes me grit my teeth at people who aren’t as deranged (or well-adjusted) as I am. They ride on weekends and when their wives and commitments let them. Thus they are no different to the vast majority of motorcyclists. Except that most of them have killed more cunts than cholera.

But even they stood and clucked admiringly at The King, as it leaned majestically among their Multistradas, Tigers and Teneres, looking like a sacred gilded bison among ungainly candy-hued insects.

I took the long way home that evening.

It was still warm.

My jacket was still in the saddlebag.

And now that it was dark, I was allowed to smile.