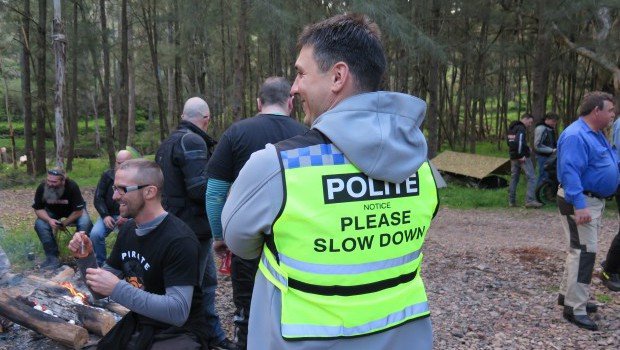 There are appears to be some interest in hi-viz vests of late.

This interest has even caused respected motorcycle publications to conduct non-scientific “testing” of a certain, and especially odious, hi-viz vest, probably in order to ascertain the vest’s efficacy in a) being seen by drivers; b) getting the wearer beaten like a lame dog by a fellow motorcyclist, or c) having the wearer Tasered into organ-failure by the police.

Our interest was piqued.

We thus caused such a vest imported into this country by buying it from the makers, took it to the Pilgrimage, and tested it as only proper motorcyclists should test such a thing.

Here are the results… 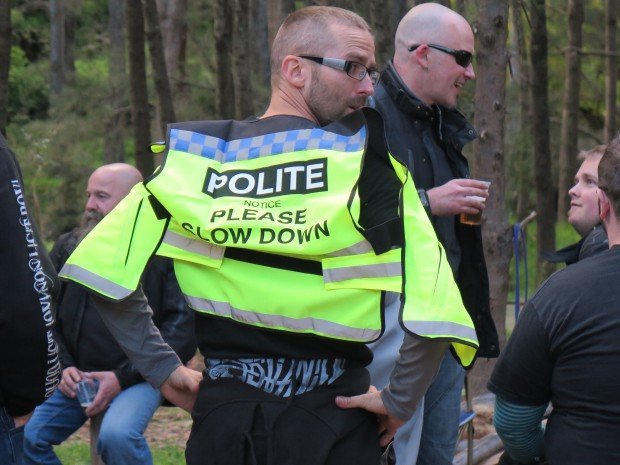 Worn as a cape, it was difficult not to club the wearer into meat-pulp with a length of gum tree. But we restrained ourselves. For we are professionals. 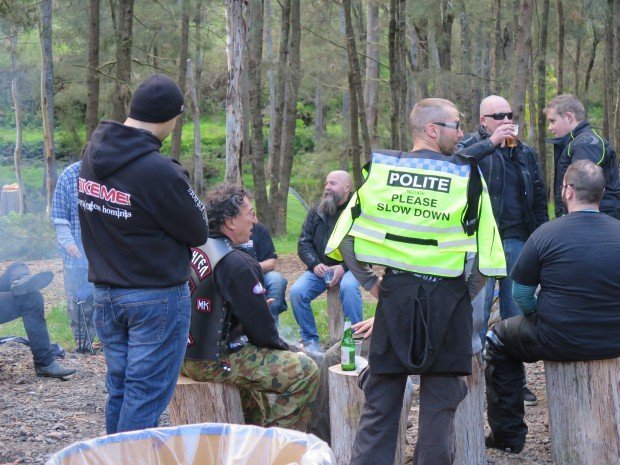 It is obvious that people are becoming unsettled. Knives are being loosened in sheaths, more beer is being consumed at a greater rate and one Pilgrim appears to be considering where to put his axe. 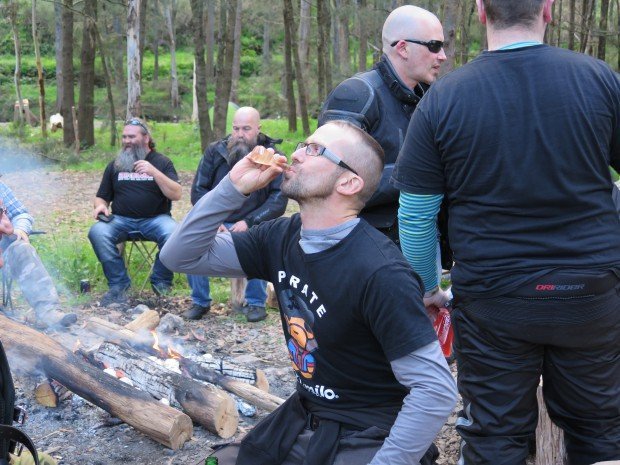 As the poisonous horror of the vest leached into his system, our volunteer quickly removed it and medicated himself with life-giving slivovitz. 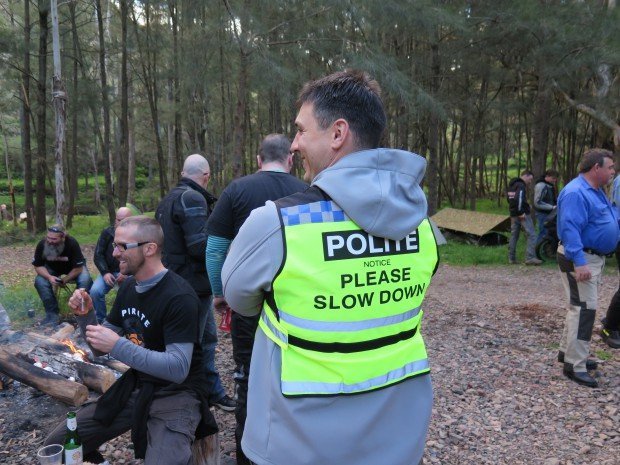 And another brave soul made the attempt to wear this abomination. 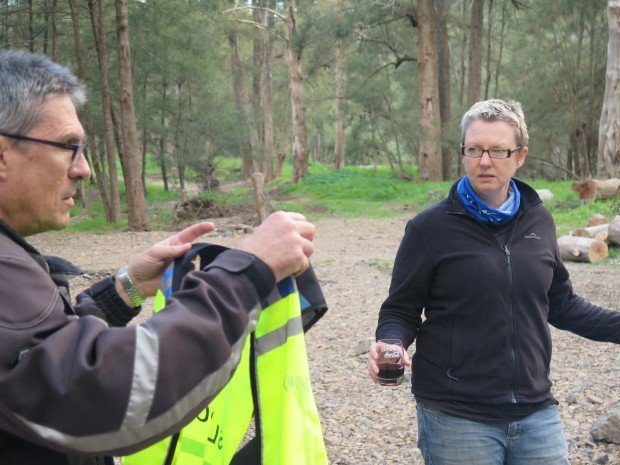 Following the second volunteer’s collapse, Al quickly removed the vest and under the watchful and professional supervision of one of Australia’s leading biologists, quickly conveyed it to a safe place. 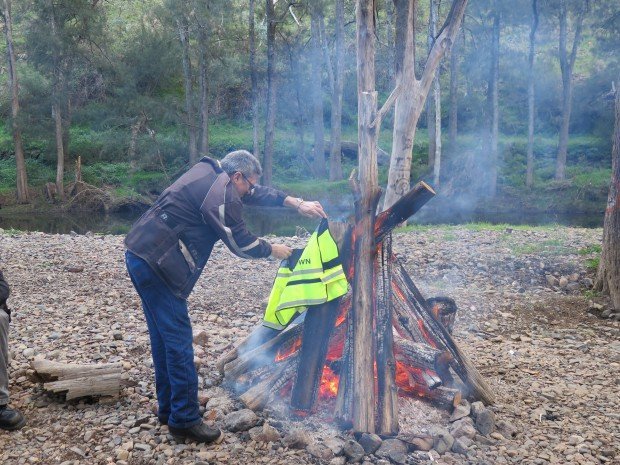 The safe place being a giant fire. 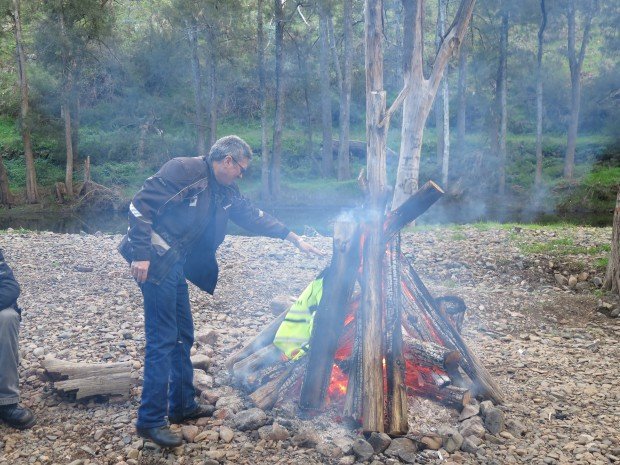 Al then bid it to “Stay” in a firm, but polite tone. 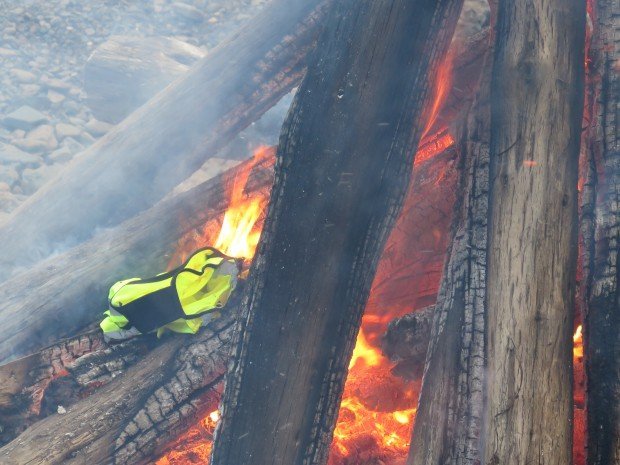 It stayed. And it burned… 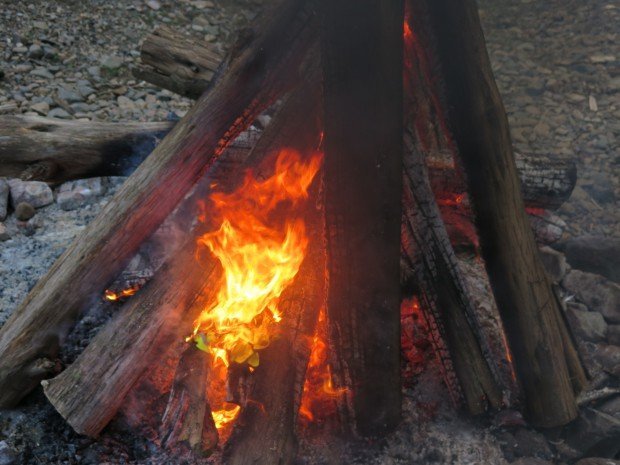 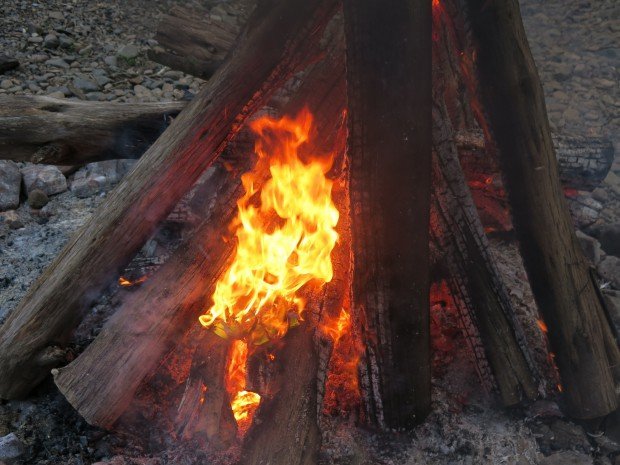 …and burned until it was no more.

BIKE ME! would like to express its gratitude to the makers of this vest for selling it to us and for shipping it over in good order. Having bought one, tested it and subsequently burned it, BIKE ME! is pleased that it has removed such an insult from the face of this planet. BIKE ME! would like to apologise for the toxins this burning has released into the atmosphere and trusts that any future such burnings will be conducted in a controlled environment.

THE BIKE ME! TEST VERDICT: It burned magnificently.