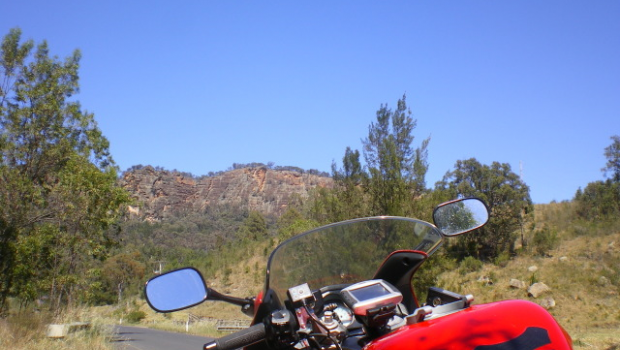 It was the Bylong Valley Way on Saturday. Alone.

A little further along, I stopped and took a photograph of my bike. 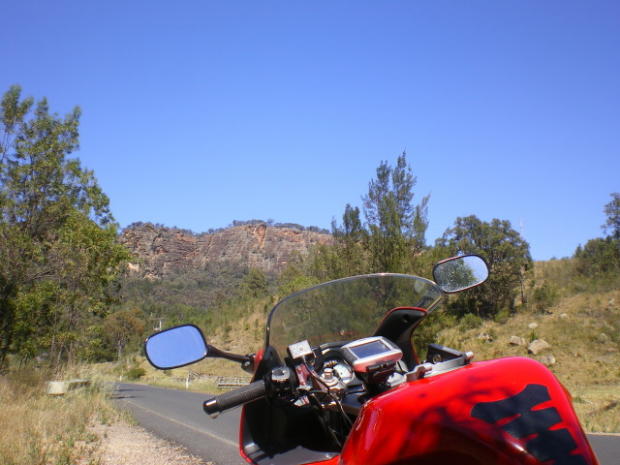 Then, I took a photograph of myself, in the style of Klavdy, from the BIKE ME! forums. It’s worth joining the BIKE ME! forums just to read Klavdy’s posts. He keeps getting banned from Netriders and ADVRider, but we hardly ever ban him. He is much loved, and called TMOMOTI, which is short for The Most Offensive Man On The Internet, as someone from (I think) ADVRider once called him. Clicking on a link in one of Klavdy’s posts while at the office is almost guaranteed to generate a visit from IT, HR or Security, and sometimes all three; and hilarity oft ensues.

I looked just like him, except that he is handsomer, and has a more expensive helmet, and no bugs on it. 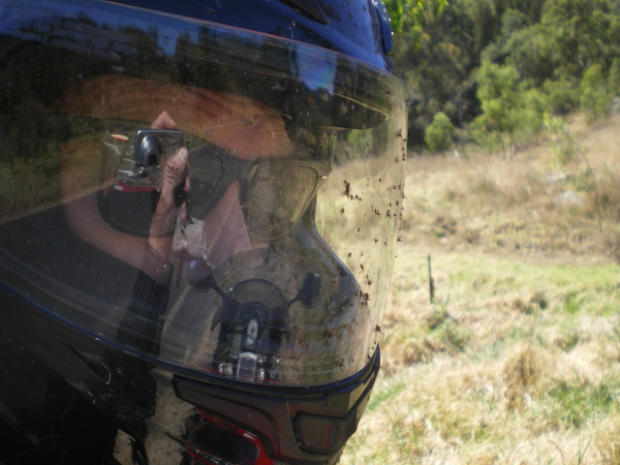 I went up the mountain at the west end of the Bylong Valley, and took the Lue turnoff. It’s a bit bumpy, but you can go quite fast. Lue is picturesque. The houses are old but tastefully restored, and there is an old pub and an old shop with “BUTCHER – DRAPER – GROCER” painted on it. 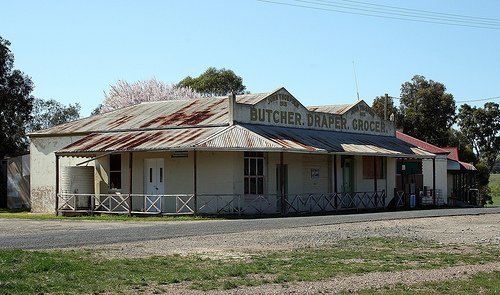 I went through Mudgee, and took the Hill End Road, turning off to where my brother bought some land on Tuesday. I took a photo of his new house. 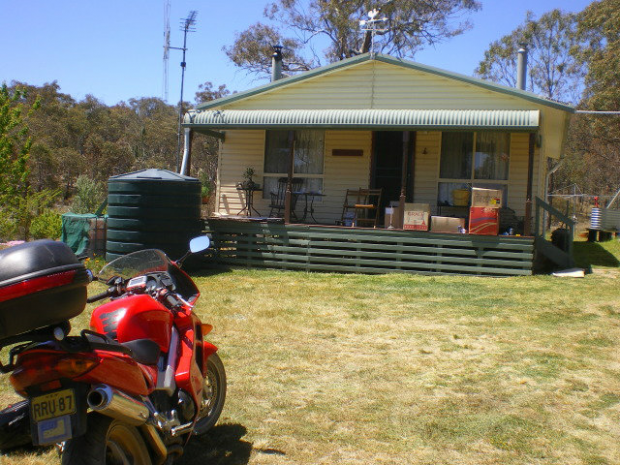 There are lots of skinks and shinglebacks in the yard. I took a photo of one. 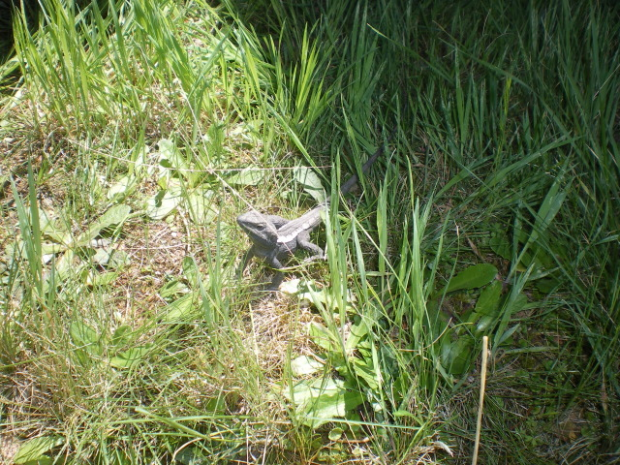 Then I caught it and showed it to my brother. He said don’t be silly, that one’s just a baby, and I could get big ones near the rocks up the side.

So I went up the side and caught a big one and played with it for a while. 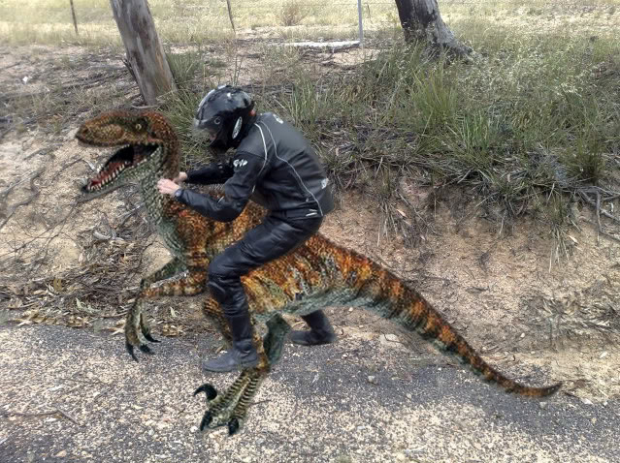 Then I tried to get his 3G dongle to work with an external aerial called the G Spotter, but it appears that G Spots are elusive out there, and may not even exist, depending on who you talk to, and we could not find one, so I took another photo of my bike. 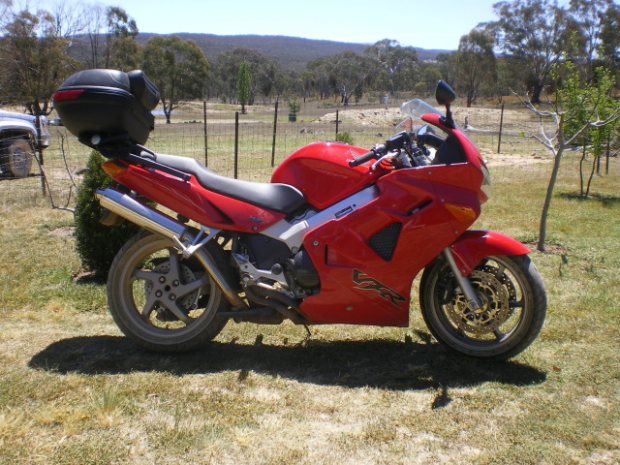 I tested a .410 shotgun, firing birdshot and then rifled slugs. It was sweet and accurate.

I left at four, because there was supposed to be 35 km of dirt road to get back to the Castlereagh Highway, but I found a way that was 5km dirt, then 7km dirt, then 3km dirt, then the Hill End Road; which is better than 35 km of dirt. It was late afternoon, and I was concerned about hitting a wallaby. A rabbit ran across the road, but I am not concerned about rabbits. After Sofala, a fox strolled across the road. He was insouciant, and nonchalant, and this angered me, because I prefer my foxes souciant and chalant, and he was lucky that I no longer had that sweet .410 shotgun with me.

The road from Sofala to Ilford is excellent fun. The Castlereagh Highway is bearable. I encountered no traffic on any of the fun sections of the Bells Line of Road, and wore the dust from the dirt roads off the tyres all the way to the edges.

Then I got home, and the women had conspired to prepare a Japanese feast, making California rolls and tempura prawns and shumai and gyoza. “Banzai!”, I cried, and fell to it with a will. They thought this was disturbing and inappropriate, and eyed the sword rack anxiously.

They need not have worried, for my katana and tantō are both as blunt as buses.