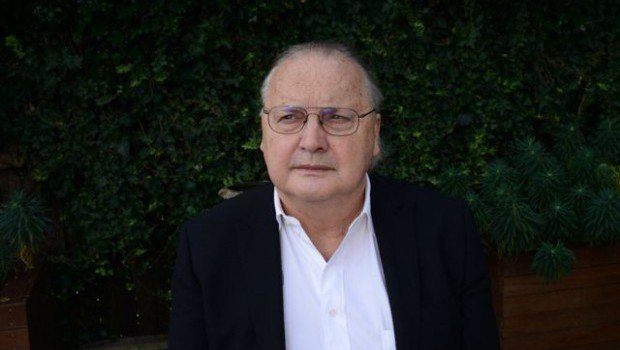 SPEED – WHO MANAGES THE ENERGY?

It stipulated that self-propelled vehicles should be accompanied by a crew of three: the driver, a stoker and a man with a red flag walking 60 yards (55 m) ahead of each vehicle.

The man with a red flag or lantern enforced a walking pace, and warned horse riders and horse drawn traffic of the approach of a self propelled machine.

But in 1896 the British Government introduced The Emancipation Act, which defined a new category of vehicle – light locomotives, which were vehicles under three tons. These vehicles were exempt from the three crew member rule, and were subject to the higher 14 mph (22 km/h) speed limit.

At the outset, I think it was a BIG MISTAKE to exempt motor cars from the Locomotive Act. I suspect that had the Locomotive Act been applied globally (and was still in force), then most of the 1.2 million people currently killed annually on the world’s roads would be spared.2

Move forward 100 years. Engineers of the 1950s and 60s still had the dream to manage the energy – but without the man with that damn red flag.

They hypothesized that a “design speed” for a specific road environment could be created by engineering means. Drivers using a particular road length would automatically adjust their speed to its design level. 24/7 speed enforcement without police.

The dream was that each environment would be “self enforcing” and that intensive Police speed enforcement would simply not be necessary.

For most of the second half of the twentieth century, engineers across the civilised world researched the determinants of the choice of speed. Mountains of research papers were produced by everyone – TRL, ASSHTO, NAASRA, ARRB, DoT, ATSB, WHO, MRD, DMR, RTA, BTE Austroads, CIA (maybe not the CIA – but then again) plus many others.

This “evidence-based research”3 positively identified an array of key variables which influenced a driver’s speed choice. These included:

These variables created a “speed environment” and that at any one time, a driver adopts a free speed consistent with that surrounding environment – based on those visual and physical characteristics.

The idea was to closely match the sign-posted speed limit with these elements. Or to quote Australian Standard AS 1742.4 – 2008:

The objective of speed management is to contribute to road safety, mobility and amenity on public roads by providing a system of speed limits that are compatible with the speed environment.

Speed limits should be set to maintain a balance between a driver’s reasonable understanding of the reasons for setting them at a particular level and an acceptable level of environmental amenity for all road users and abutting land use.

Speed limits should be set so as to encourage, as far as practicable, a uniform speed of travel and hence reduce the potential for conflicts due to speed differentials between vehicles. Excessive variation among vehicle speeds can indicate either an inappropriately set speed limit or that drivers’ perception of the speed environment is open to confusion. The second of these causes may require corrective action other than reassessment of the speed limit.

During this long period, road network improvements were often defined as roads being:

The objective of these improvements was to raise the potential speed on the system (at least on non-local roads). The rationale for this was to provide the road network (both the access controlled network and the surface network) with higher capacities and with higher efficiencies.

But a funny thing then happened.

What were Those Europeans Up To?

It started off with the Dutch inventing the “Woonerf”. This revolutionary concept produced in the 1970s created the idea of the “shared zone” – where the private car no longer had implicit and explicit dominance (Jamieson, 1980).

In the three decades which followed, European traffic engineering progress focused on modifying the road environment to “artificially” create different speed environments. The new rationale was really to tame traffic, rather than provide for it. For example LATM developments.

This process is now further evolving with experiments with SIGN-FREE environments – where the constructed environment is so well defined that regulatory and warning signposting becomes redundant (Spiegel, 2006). Only one problem – it ain’t cheap.

By the new millennium, the design of European traffic systems and the road environment was just as much in the hands of architects; planners, environmentalists and behaviourists, and less in the control of the real people – traffic and highway engineers.

What to Do With No Dough

Now back to the Kinetic Energy.

The longstanding philosophy of designing and reinforcing an obvious speed environment for drivers was thus thrown overboard.

The behaviourists reached over and “grabbed the wheel” of designing for a specific speed and radically simplified it. It was decided (by who – who knows?) that a design speed for a specific road length be defined by a regulatory sign. That sign might say 40 or 50 or 60 or 70 or 80 or 90 or 100 or 110 km/h. No other treatment would be involved.

The apparent primary determinant of the location of these signs was adjacent land uses – particularly those relating to schools. In other words, where it was perceived there was a certain potential pedestrian exposure and/or some unusual traffic requirement, then a sign would appear with a (usually lower) speed limit.

This could mean for example that a six lane principal arterial route with high geometric standard – which previously had an 85th percentile speed of say 75 – 80 km/h may be signposted with a 40 km/h sign.

Although coming as no surprise to traffic and road engineers, the compliance for such artificial speed zoning within such environments was often low. When drivers viewed a wide, straight, flat road they perceived a certain speed environment and drove at that speed.

Like Skinner’s little rats – we were to be conditioned through punishment. This conditioning was via constant and continuous police enforcement. That enforcement was executed through:

The demerit point system – when combined with this artificially speed zoned network – has meant (in NSW at least) many tens of thousands of drivers losing their licences (and in many cases their livelihood) because of a couple almost inconsequential mistakes (for example missing a single 50 sign and driving at 60). Apparently drivers make mistakes.

Transport consumers provide themselves with their own expensive machines – even the most modest of which provides acceleration and top speed rivalling racing cars of just a few decades ago (NRMA various dates).

Thus as consumers, we spend tens of thousands of dollars too much on machines that never get used to their capability – and if they were, we would lose our driver’s licence anyway.

These same consumers are driving on a road network with geometric and cross sectional elements consistent with a “safe” higher speed – but nevertheless are constrained to travel at almost bicycle speeds by the enforced signing.

The result is that as taxpayers, over the past decades we have wasted many billions of dollars constructing high standard roads – when we now don’t really need them.

On a personal level, I preferred to be a “free range” driver rather than a “battery hen” (or is it a lab rat?). However my professional work has taken me to the scene of enough crashes to know that the basic laws of physics apply – the higher the velocity, the higher the injury producing energy.

As a driver of 40 years (with an almost unblemished record) I do miss being a free range driver. In the last several years I have driven for work extensively in Italy, Qatar UAE, Thailand Indonesia and many other “free range” states – but I’m liking it less – they all drive too fast.

I am at an age where I don’t mind driving around at 40 – 50 km/h – although I do wonder about my level of driver alertness. After all, I occupy an air-conditioned cocoon, listening to a high quality CD system and am totally relaxed. You know – a bit like Mr Magoo.

The victory of the behaviourists over the traffic engineers is now complete. We now commonly see access-controlled, grade separated facilities with 60 km/h speed zones – with the punishers at the ready, managing the energy.

The dream of the traffic and road engineers of the 1950s is now over. But the outcome of the behaviourists’ victory has exposed the surface road transport system maybe for what it always was – an extremely expensive car park aisle.

He holds a Bachelors degree in Engineering Surveying from UNSW, and a Masters Degree in Traffic and Transportation.

He commenced his career in 1976 with the NSW Government’s Traffic Accident Research Unit as Crash Investigation Engineer. He later held roles as the Senior Traffic Engineer with the NRMA, and as a Design Engineer with GHD.

In 1989 he started Jamieson Foley & Associates, a Forensic/Traffic Engineering