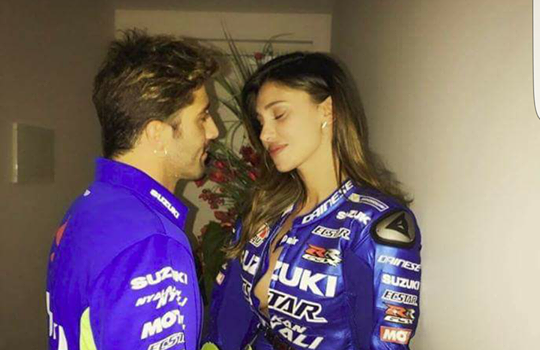 “Seriously – what the fuck? Why isn’t Ducati doing this for me?”

Seriously – what the fuck?

Why isn’t Ducati doing this for me?

I’m pretty sure it’s in my contract. 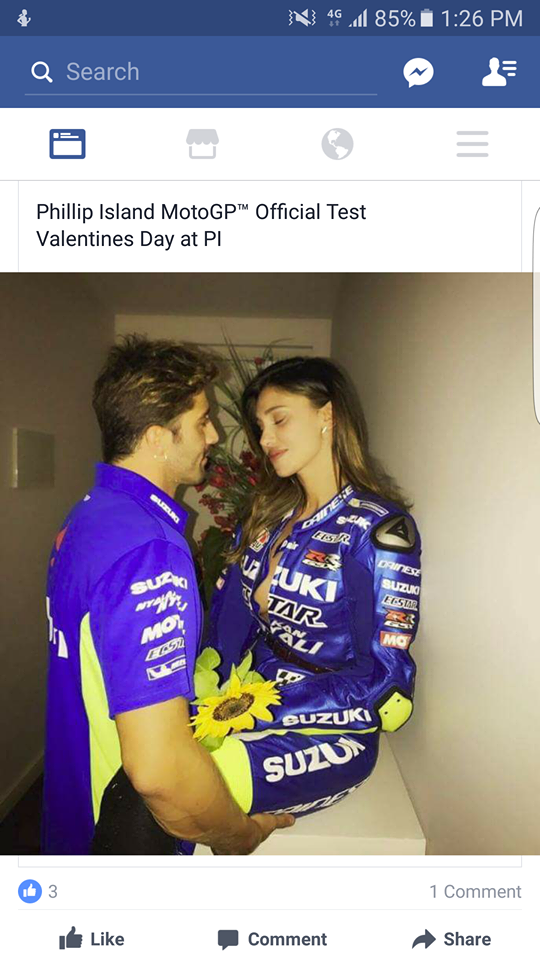 No, I’m not bringing up that incident with my old girlfriend again.

You were right, Gigi, she was a slut. She came to the function with me she should have gone home with me and not into the men’s toilet with Iannone.

I was going to punch him in the face, but he locked the door in the stall they were in and threw toilet water at me. Well, he said it was toilet water.

So I think it’s a great idea Suzuki is labeling hot chicas with its logo like this. That way Iannone won’t get confused and grab one of my girlfriends on the culo ever again.

Because I have a spear these days. And I can easily put Iannone’s name on it if I take Rossi’s off it.

Or even get another spear! Then I will be twice the Spartan!

How are those new chairs coming along, Gigi? It’s really shit sitting on the floor in my cabin.