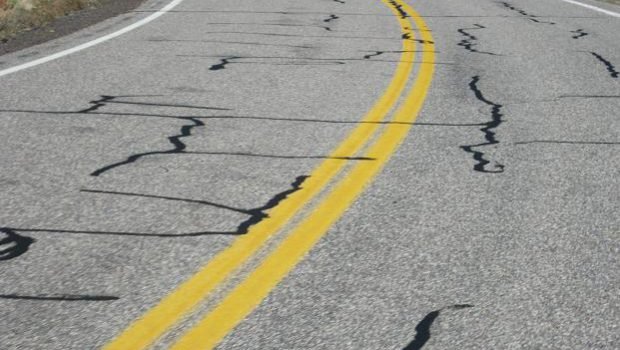 “THE ROAD-SNAKE BIT ME’ and other whines…

There may not be a growing number of brainless young motorcyclists on the road, but there is certainly a great increase in the number of their exploits proudly and publicly penned hitting my social-media feed (I only have one) like the plague.

Everyone, apparently, is having a plethora of close calls, near misses and full-contact, mindless losses, and each incident follows the social-media formula:

Among the latest of a series of such mindsets offered this past month is the idea that “road snakes” – those bituminous patches along cracks in the road surface that have no gravel aggregate – are causing all sorts of loss of traction.

You are an embarrassment to other road-users. Asphalt is a bituminous aggregate used as a road surface that maintains some flexibility and a high durability across a wide temperature range. Part of the reason asphalt is chosen as a road surface is its exceptionally high coefficient of friction with rubber – the material used to create your bike’s tyres – so that the chances of you sliding (even in the wet) is greatly reduced.

Factors affecting the friction between your tyre and the road are many, but will mostly include oil, loose gravel , leaves, and the painted markings delineating lanes and constituting arrows and other such notices.

Braking and accelerating harshly on these surfaces increases the chance of, but does not guarantee, you will have to bin your bike and tell Facebook how you had no option.

Road snakes are a legitimate road repair, without which there would be an increase in the risk of your front tyre remaining in the crack, thus reducing your ability to steer with the front wheel to maintain your centre of gravity. This may cause you to become unable to maintain equilibrium on the bike and maintain your upright status – NOT the smooth ribbon bridging the two sides of the crack.

Today, I had a numpty proudly declare he entered a T-intersection ‘hot’, hit a road snake, drift sideways for one to two metres before righting the bike, only to look back and determine a road snake had been the cause of his wild adventure. He then declared how fucking slippery Dunlop A13s were when they were ‘cold’.

I have a couple of issues with this retelling of fucktardery, and here’s why…

Temperatures around Australia have been in the low to mid forties all week. This rises in the cities where the sun bounces off concrete buildings and bitumen all day.

How cold does Einstein think his tyres are going to get, let alone the road surface?

When we talk about “cold” road tyres, we’re talking down near zero celcius where the rubber is a good deal harder than at other ambient temperatures, which can have an effect on hitting painted road surfaces. Road tyres are used “cold”.

They are a completely different compound to racing tyres which require the heat of high speed friction with a racetrack to maintain traction.

That this Son of Rossi drifted his superbike for two meters before a flawless recovery is highly doubtful. That a hot bitumen “tar snake” was the catalyst for this loss of traction is highly unlikely, and the idea that after recovering, and while still negotiating an intersection, he turned back to identify the bitumen strip as his protagonist is a joke. Ain’t nobody got time fo’ dat.

It does make for a great tale on the “I can barely stay upright” forums that abound on the Net, but you’re committing a disservice to yourself and others as a selfish and dim-witted- liar.

When you blame things that are in abundance on the road as a cause for your stupidity, riders with even less experience than you read your uninformed ramblings and become terrified of encountering these things.

Thus your “road snakes” become one more object for fixation by the uninitiated, and may very well become their undoing through fear and incorrect application of proper roadcraft.

The next one who can’t understand why they fell off, will look at the roadway/intersection/whatever and assign that identity as the likeliest cause for their fall. It perpetuates within the membership on your group and is carried to other groups they are members of, becoming Dimwit Folklore.

Nobody likes being laughed at for fucking up. Get over it. Your mates will give you shit for it, so don’t let it happen again. Get your lines right. Do an advanced rider course under controlled conditions. You will fuck up there, too, learning and perfecting new tools and techniques. It is part of the learning cycle.

The only ones who don’t make mistakes are the ones not getting out there. I’ve made my mistakes. I’ve learned from them, and they are filed in the back of my skull each and every time I hit the road.

As my skillset grows, I still get close to new mistakes, but the memories of the old ones kick in and assist with recovery before tragedy. The corrections become many and more subtle and almost unconscious.

This is the learning cycle – not bleating for support on social media.

So stop blaming dragons, snakes and other monsters for your misfortune.

Blame yourself, and pass that responsibility on.

It is your duty to yourself and those who would read your fictions.