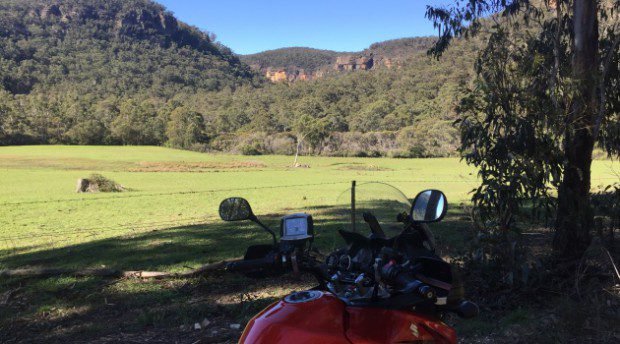 I went back to get a second X-ray of my broken hand, and looked at the images while in the radiologist’s waiting room. It looked to me like the bone wasn’t healing.

I was concerned that the doctor would want to put it in a cast and I wouldn’t be able to ride my motorcycles. “It’s not healing”, I said to him the next day while he read the radiologist’s report.

“Yes it is”, he said. “It is healing here, and here, but it is slow.” I looked at the report and saw the words “age related degeneration noted”.  I was impressed.

“I have been called a degenerate before”, I told him. “But never by a doctor.”

He said he wanted me to see a hand surgeon for a second opinion. He wrote me a referral, and I saw the surgeon that afternoon.

The hand surgeon was pleased. He said it had more movement than he expected, and I said I thought it was from holding the handlebar on my motorcycle. He said it probably was, and I should ride my motorcycle more.

“You are a handy man to know”, I told him. He smiled without showing his teeth.

He showed me how to tape two fingers together to minimize the chance of re-breaking the metacarpal, and then he said “Any more questions?”

“Yes”, I said. “Would you rather fight a giraffe sized dog, or a hundred dog sized giraffes?”

I called Ben, and said my doctor had recommended that I ride my motorcycle over the mountains to his place. He said to come up.

I went on the V-Strom, because its riding position puts less pressure on the hands, and also there was some dirt road involved. I stopped for fuel 200km out, at the Raglan service station. A boy of nine or ten wound down the window and watched from the back of a car next to me. He was staring at the bike when I came out after paying. A motorcycle with luggage and a sleeping bag attached has a gypsy look that appeals to children and degenerates.

“Hey kid”, I said. “Would you rather fight a giraffe sized dog, or a hundred dog sized giraffes?”

It was only 80km to Ben’s from there. I passed a Velocette Venom and what looked like a Matchless G50 with a high pipe coming the other way. Their riders wore fluorescent green vests. “British Racing Green has faded over the years”, I thought.

It was Ben’s birthday. I gave him a bottle of American whisky.  We drank some as we caught up on each other’s news.

I left at midday the next day. There were mountain ranges to be crossed on motorcycles. Doctor’s orders.

I took the back way out of Lithgow, and stopped on the dirt road east of Hartley Vale for a photo. I could feel my bones knitting.

I was home in two hours. “What’s the difference”, I said to the girl-child, “between a tuna, a piano, and an owl?”

“You didn’t need to come home straight away, Dad”, she said.