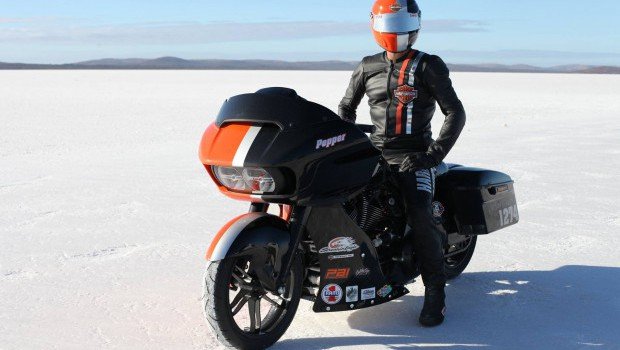 PEPPER ON THE SALT

The 25th Annual Speed Week hosted by the Dry Lakes Racers Australia (DLRA) was held in March of this year at Lake Gairdner South Australia. Its also where Harley-Davidson Australia & New Zealand debuted its one of a kind racer Pepper, a 2015 Harley-Davidson FLTRXS Road Glide Special.

Pepper went onto write itself into the Australian Land speed record books by clocking 165.131mph (265.753 kph) on the salt flats. Claiming its own piece of history as Australia’s first and fastest bagger in its class and the unofficial title of world’s fastest, naturally aspirated bagger under 2000cc. 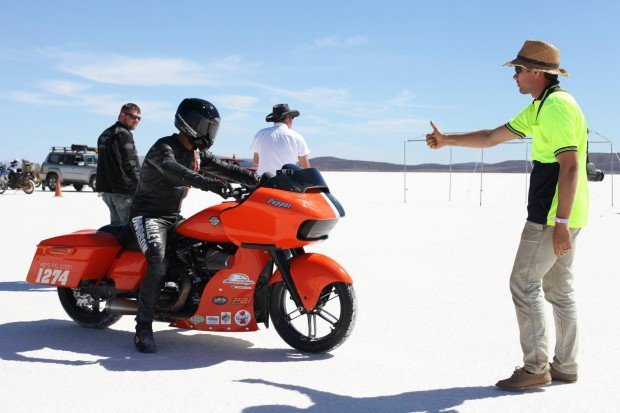 The result is the culmination of almost 12 months of design and engineering work for the team including Harley-Davidson Australia & New Zealand Technical Lead, Dan Lesnock and Buttigieg. The pair has taken the Road Glide Special from a stock bike to a record holding racer with the addition of H-D Screamin’ Eagle performance parts forming the basis of the engine and driveline modifications while the chassis was only slightly modified for racing. The modifications meant that the bike’s soul as a bagger was retained with even the saddlebags remaining functional.

The striking black, white and orange livery, inspired by the brand’s racing heritage, flew across the salt flats leaving many spectators and other racers in awe of the Pepper’s sound and sheer power.

Also check out this beut little documentary about the boys efforts. 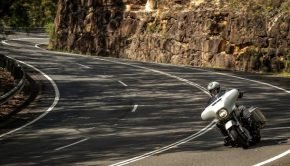 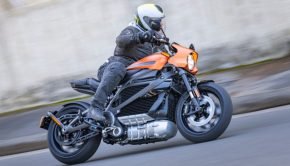