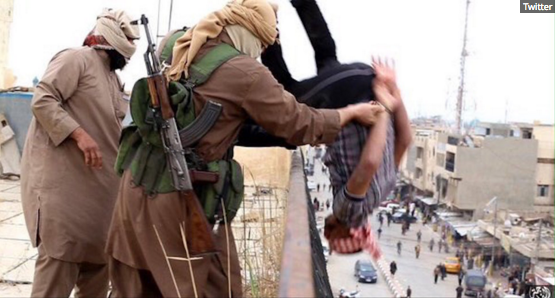 The bodies in the Bataclan theatre were still warm when Salon and The Guardian put up their first articles on how western society was, well, asking for it, and shouldn’t complain. Being Paris was like wearing a miniskirt and complaining about being raped, apparently.

The west has lost. I decided I would prepare myself for the nouvelle regime.

What would change, I asked myself, under shariah?

In Riyadh or Tehran, women aren’t allowed to drive. While this doubtless has positive safety aspects, it would be damned inconvenient for me because the women in my family drive each other around, and I figured the mullahs would want me to do it, so I put it down as a minus.

Then I added a plus for the lack of congestion on the roads.

In Tehran, they hang homos from cranes in public places. Overall, that’s guaranteed to reduce the amusement quotient at dinner parties, so I put that down as a minus.

In Raqqa, they hurl poofs off buildings. This probably wouldn’t affect me, because my commute is pretty well low-rise. Some of us, however, ride into the CBD every day; and a homosexual plummeting from, say, Centrepoint Tower would be a notable hazard for any motorcyclist.

I put that down as a minus, too.

In Raqqa, you can apparently buy young women and children for a few hundred dollars. I should probably buy a child for those chores that I don’t enjoy, like drive chain maintenance. It’s a messy job at the best of times, and the bike always seems to need a wash afterwards. A boy-child, I think. They are more mechanically minded than girls; and probably wouldn’t put their fingers between the chain and sprockets. Sure, there is a corrosion risk from those salty tears, but you could probably minimise it by giving them extra oil.

I put this down as a plus.

So adding all that up, it’s three minus and two plus.

Over at the Guardian they will probably complain that I am influenced by my cis white male privilege and should have added a plus for the safety benefits of women not driving, thus making it an even match, but I am firm on this.

As a motorcyclist, I do not welcome our new bearded overlords.