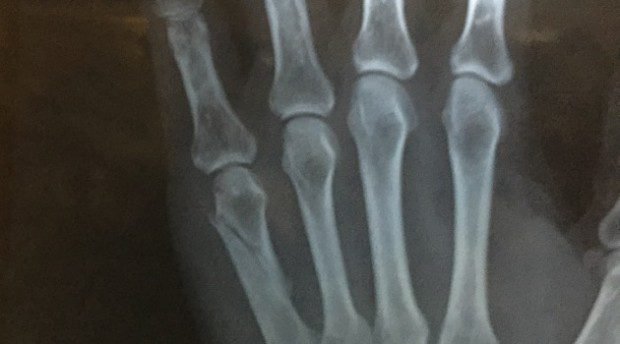 We had a hundred or so people turn up for the Tumbarumba Tourist Trophy, and it was hilarious. Most people went for a ride on the surrounding swervery on the Saturday, and only four of them fell off, and only one of those four needed hospitalization, so it was voted a success.

I’m usually conscious of the danger of hitting a kangaroo or wallaby on my rides to Ben’s place out west. To this, the Snowy Mountains near Tumbarumba adds wild horses; and as I got close to Thredbo on the Saturday, a doe and three fauns ran across the road a hundred metres in front.

I encourage you all to take up shooting and hunting. They are manly sports, and the outdoor air is healthy. There is exercise involved, and venison and kangaroo are healthy and low in fat. Also, it feels good to possess the steel. I’m not sure of the legality of shooting wild horses, so I advise you not to do so in the presence of law enforcement personnel, but every one killed makes the world a safer place.

I rode home by myself, the short way. There were Highway Patrol hiding in the bushes. The Organs of the State are currently interviewing for a replacement for the police commissioner Scipione. He is a god-bothering lunatic, who arranges special editions of the Bible to be printed for his men and gets his goons to visit liquor stores on Australia Day and encourage them not to sell liquor on pain of being victimised at liquor licence review time.

The proposed replacements are not much better. The woman apparently buggered up the response to the mujahidin in the chocolate shop and deleted phone messages to cover it up. The best candidate criticized her for that, so the political correctors will make sure that HE doesn’t get the job.

They should make me the commissioner, for the lulz. I would rename the Highway Patrol the Highway Ambush, and get rid of the police motto. “Culpam poena premit comes” – “Punishment swiftly follows crime”. In civilized societies, police don’t mete out punishment, courts do. And I would get the cops to ignore minor speeding offences and concentrate on the dangerous behaviour I see on motorways, like tailgating and driving slow in the fast lane.

My clutch hand was still sore from falling on it four weeks ago, and one of the guys at work recommended going to the hospital. “They have a hand clinic there”, he said. “They will probably x-ray it and treat you straight away.”

I went up there early Saturday evening. It is a good hospital. Motorcycle parking is easy and free. They triaged me as level five, where one is important. It was okay, because I had my book reader with me. A nurse came to see me a fair while later. She asked why I had turned up early Saturday evening. “I am a busy man”, I said. “I had things to do, and so I did them, and then I didn’t have things to do, so I came here.”

“I realise it’s Saturday night”, I said, “but it’s only six o’clock. I didn’t think the drunks would be in yet.”

“They start at lunch time”, she said.

So I went to my general practitioner on Monday. He is Chinese, and is a sober and careful man. He sent me up to the Chinese X-ray place, and they X-rayed my hand and gave me the films and told me my GP would have a report in two hours.

I went home and opened the envelope and looked at the film. “That’s broken”, I said.

The girl-child came out and looked at the film. She pointed at the fifth metacarpal. “That’s broken”, she said.

I rode out to the quack’s office two hours later. He put the films on his viewing frame, and pointed at the fifth metacarpal. “That’s broken”, he said.

He offered me a cast. “Impossible”, I said. “It is my clutch hand.”

He gave me a bandage and told me he would bandage my hand. I said there was no point because I would just go outside, take it off and put my gloves on and ride home on my motorcycle, and he looked sad. Almost as sad as he looked when he told me his son wanted to buy a motorcycle and I told him I would help him buy a good one, and he told me he was hoping that I would explain to his son how dangerous they were.

I put the bandage in the pocket of my jacket. He asked why I had waited four or five weeks before seeking treatment. “Doesn’t it hurt?” he said.

He was quiet for a moment. I assumed he was recalling his Hippocratic Oath. “I will remember that there is art to medicine as well as science, and that warmth, sympathy, and understanding may outweigh the surgeon’s knife or the chemist’s drug.”

“Come and see me in three weeks”, he said.