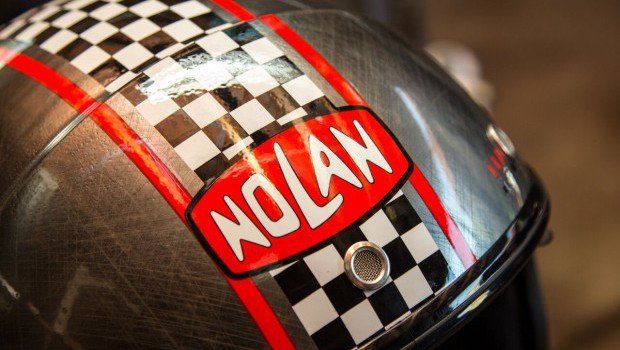 There are few people from my ancestral lands in Europe who don’t have some Turkish blood – a consequence of being part of the Ottoman Empire for four centuries. That said, there are bugger-all Turks who don’t boast rich Balkan blood in their veins, either.

Apart from a disposition towards being loud, war-like and carved from the rock of vengeance itself, this ancestry also offers up a magnificent nose.

Now this nose comes courtesy of the Romans, who spent a bit of time in that part of the world, and spread their conquering seed throughout Bithynia, Pontus, Pisidia, Pamphylia and Cappadocia, which is now modern Turkey. 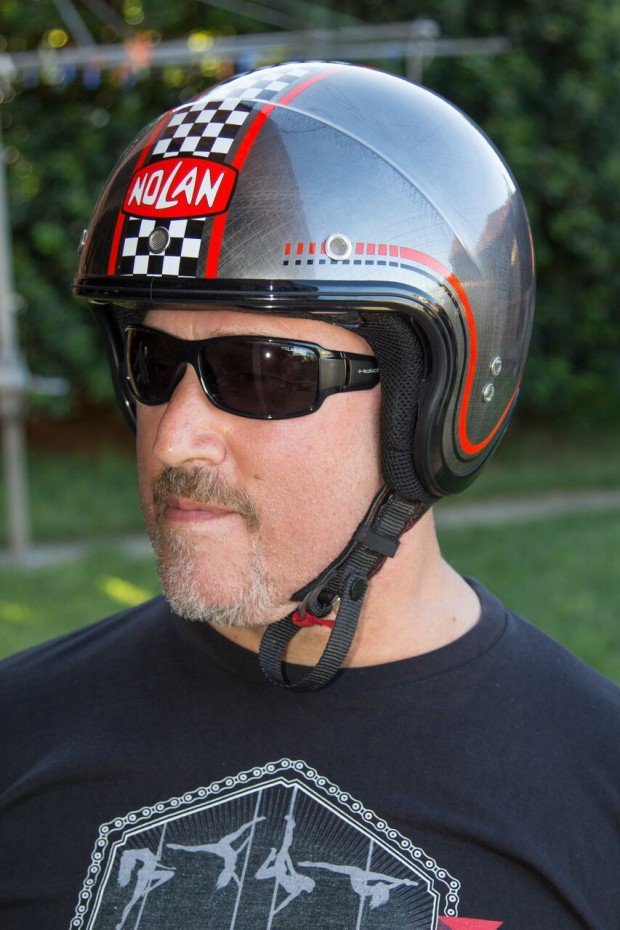 So I blame Marcus Ulpius Trajanus (or as his mates called him, the Emperor Trajan) for the fact that the Nolan’s clever retractable visor sits on my Roman nose, rather than in front of it.

But it’s no biggie. I could always have surgery.

And quite frankly, you might wanna consider that option if the same happens to you, because the N21 Nolan could be worth it.

It is, hands down, the finest and most up-market open-face helmet I have ever owned. Which is not hard, quite frankly. But the N21 is certainly an order of magnitude better made than any other open-face I have yet seen. 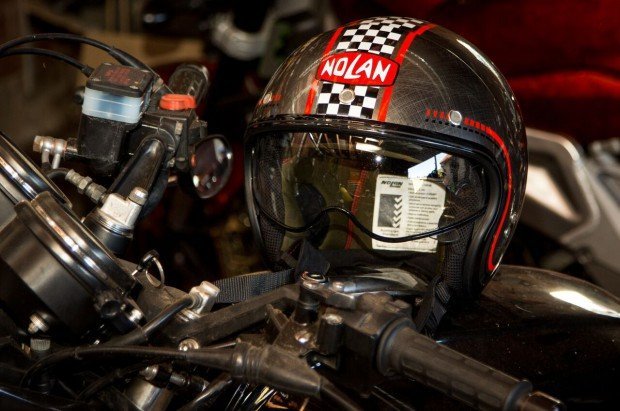 It has all the ticks sewn in so the police will only detain you briefly.

It is very light (2.6kgs) and fits so snugly, one is theoretically disposed to achieve quite high velocities without it lifting or trying to strangle you.

The lining is removable, washable and will repel bacteria by presumably yelling at it. The shell is polycarbonate, the visor is scratch resistant (and replaceable), and there is a great helmet strap-retention system – and that strap couldn’t be more plush if it was made from the belly-fur of baby stoats. Just the thing you want from your lid-strap when you haven’t shaved for three days. There is also a neck roll thingy at the back which is meant to cut down on noise, but hey, it’s an open-face. Wear ear-plugs if you want peace. 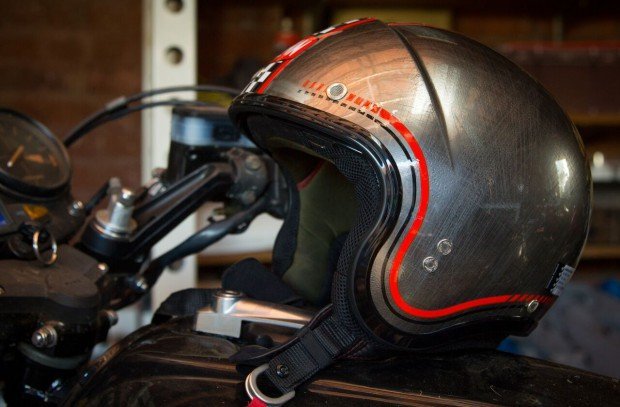 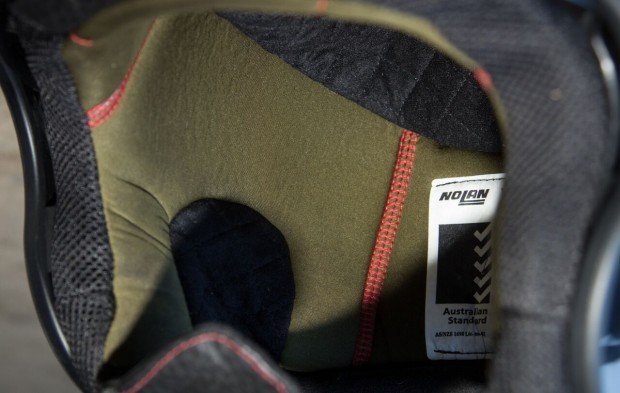 It’s like putting your head inside a Japanese love pillow. 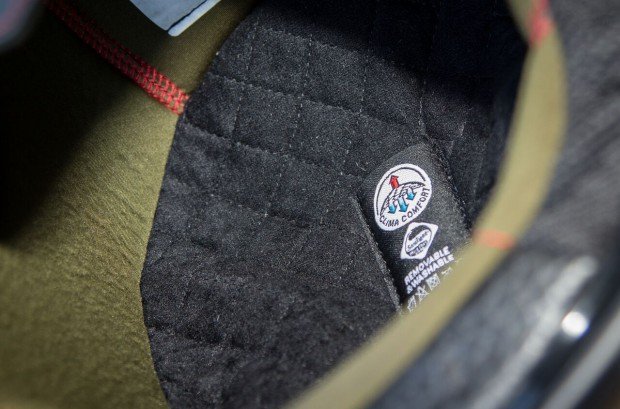 I’ve done some kays in it, maybe about 3000, urban and jungle, and the biggest problem I’m having is I don’t wanna scratch it. It’s just so beautifully painted and finished. No, it’s not a Faberge egg, but you know how it is with new stuff. Don’t worry, I shall certainly drop it at some stage, then it won’t be new anymore and I’ll not care about the scratches and put sweary stickers on it.

It’s got a relatively shallow profile compared to a Bell. This means it sits higher up on the side of your head. That’s not at all an issue until you go to hang it on your mirror when you take it off. Place it carefully on the seat instead. Or take it with you to the pub Yeah, do that because it will attract girls, being all shiny and sexy and colourful.

The finish is certainly a work of wonder. It’s the kind of big-dollar paintjob you see on custom showbikes. Now don’t fret. It does come in plain colours as well for those days when you don’t feel like being a Vegas showgirl. Those are custom-painted scratches. 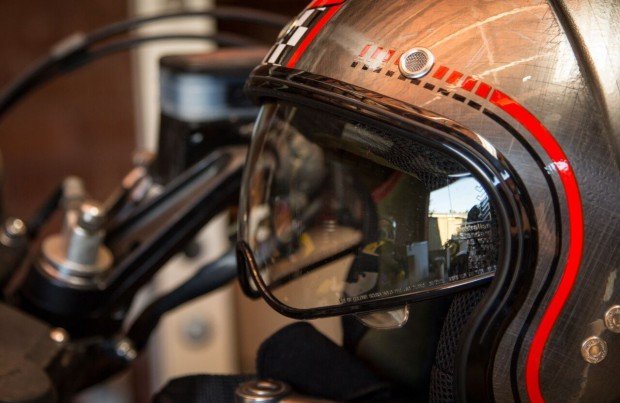 This is the visor deployed. No problem. Glorious. 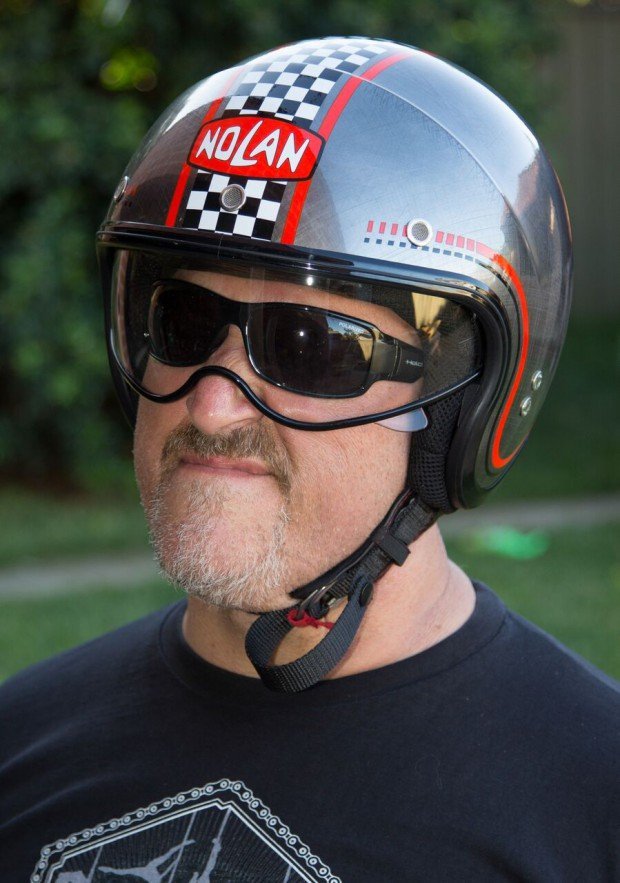 This is the visor deployed with my nose interfering with it.

Me? Well, I have enough tattoos of skulls not to be mistaken for a showgirl, and my beard is more closely aligned to Satan than it is to hipster pomade, so I like it. I enjoy the visual paradox it offers the viewers.

So it works by not lifting at speed. It’s very comfortable (love the strap) and relatively quiet. Takes fat-sided sunnies without an issue (a lot of open-faces don’t). The retractable visor rests on my fabulous nose when deployed, so it stays undeployed and out of sight (though I did use it in a rainstorm and it helped ease the sting). The finish and lining are both outrageously good, and as far as open-face lids go, this is as good as it gets.

WHERE’S IT MADE? Italy.

You may examine more of the Nolan N21 HERE.

Ron Angel Wholesale is the importer, and they will be happy to tell you where you can get one. Contact them and tell them I sent you. They might hang up, but be persistent.

You may also view this wondrous promo video, which sadly doesn’t have any bikini girls in it, but it’s kinda mesmerising after a few beers.