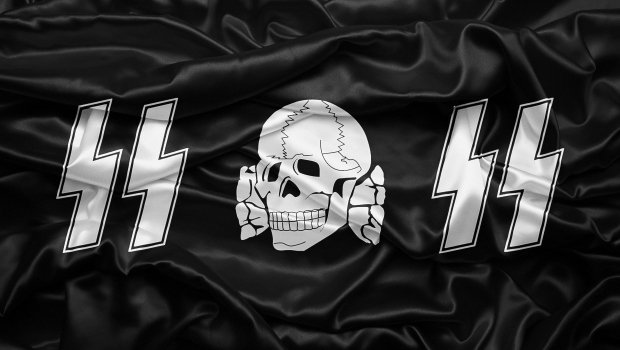 Motorcycles are a superior form of transport in almost every way.

I had to take my boots and my belt off at the airport on Sunday, and take my computer out of its bag, and walk through the Arch of Shame like a peon.

Funny, I thought, I never have to go through this bullshit when I ride a motorcycle.

Then the guy at the other end watched me re-assemble my gear and re-belt my pants and tie up my bootlaces and approached me and told me that I had been selected at random for an explosives test.

“I didn’t think I looked that religious”, I offered.

“It’s not about religion”, he replied.

“You should read more”, I told him. “The guys that blow up aeroplanes seem to have something in common. I will leave what that is as an exercise for the reader.”

Funny, I thought, I never encounter people this stupid when I ride a motorcycle. Okay, not true strictly speaking, but at least I don’t have to TALK to them, and if they tried to rub stuff over my clothes I could punch them on the nose.

I found a place near the departure area that sold beer. A Cascade was ten bucks. Premium beer is seven at my local, and there are pretty barmaids, which there certainly weren’t here. But beer makes up for a lot.

I got on the plane, and the captain announced that they had closed one runway at Sydney and so we had to queue for the remaining one.

Funny, I thought, I never have to go through this bullshit when I ride a motorcycle. If it’s busy you just go down the side.

Then the captain announced that there was a problem with the APU and there would be a half hour delay while the engineers had a look at it. I was okay with this. Sometimes I go riding with guys who have Ducatis.

Then the captain announced that they had to re-boot the plane, and all the lights and screens went out and came back on, and the engineers said the APU was now okay.

The captain announced that there were strong headwinds, so we would arrive in Perth even later. This doesn’t happen when you ride a motorcycle. Even when Snowy turned up on a run on a Kawasaki 250 when everyone else had hundred horsepower superbikes, he didn’t make us late. He just held the thing at 12,000 rpm for hours at a time. This is apparently beyond Qantas.

I ate some dinner and watched a movie with Nazis in it. I like movies with Nazis in them. I signalled every now and then, and some serving-person gave me more red wine. In all fairness, aeroplanes have it all over motorcycles in this area, although when you go riding with Stiv he makes you drink his rakija every time you stop.

About two hours out, the captain announced that he would be pleased to know if there was a doctor on the plane. There mustn’t have been, because a uniformed gent with what looked like a Packer whacker strode rearwards shortly afterwards. I ordered more red wine and went back to the Nazis.

It was late when we landed at Perth.

The captain announced that we would all have to wait on the plane while the ambulance guys evacuated the sickly one. It needed four of them. Time ticked on.

Funny, I thought, I never have to go through this bullshit when I ride a motorcycle. I mean, there was that time Ape put his Suzuki under the armco on the Oxley, but I was ahead of him and he didn’t slow me down. And there was that time Bly took the tyre off the rim of the Landcruiser with his leg, and lay on the road with bones sticking out until the helicopter came and gave him morphine and took him to the city, but I had left slightly before and was in front of him and he didn’t slow me down.

I took a cab to Rob’s place, and he gave me dinner and beer and red wine and made me watch the MotoGP, and then drove me to my hotel.

I worked until early afternoon in the Perth office the next day, and then went to the airport. Mike C was there. He bought me a beer. It was good beer, and it came in pints. I got on the plane late.

The trip back was faster. I had lamb for dinner. Some guy in a Qantas uniform asked me what I wanted to drink with my lamb. I told him that at moments like this I always asked myself what Jesus would drink.

“He would drink the shiraz grenache”, he told me, and produced a bottle of the same. As previously noted, aeroplanes have it all over motorcycles in this area. I have been on few motorcycle rides where some Friend of Dorothy banters with you and gives you wine.

To his credit, he kept the wine coming.

On the way home in the cab I generated a mental balance sheet, and weighed up the pluses and minuses of aeroplanes and motorcycles.

I came to the conclusion that flying is much over-rated and motorcycles are superior in almost every way. I found them lacking only in ethanol based drinks delivery systems.

I will fix this. I should have thought of it before, but I am sometimes a late adopter of good ideas. It was only two years ago that I first purchased a pair of heated grips. I always thought these were a sign of weakness, but now I think they are a positive safety feature.

But back to ethanol based drinks delivery systems. I shall be purchasing a Camelbak on the weekend. Beer would go flat in one of them, so I shall have to fill it with wine, or something spirits based. I do like the dry martini, but the olive is problematical.

Under the circumstances, I think I shall make the margarita my sine qua non.

It’s Spanish for daisy, you know.