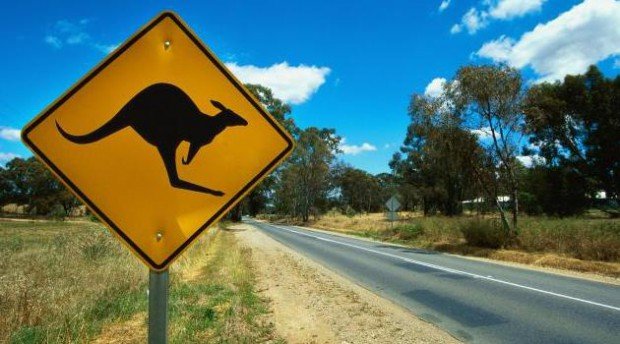 NATIONAL ICON IS TASTY AND NUTRITIOUS

Ben called me at work, and said he was riding home from Mudgee on the SV and just after he turned on to the dirt road a kangaroo hopped into the side of his bike . They are stupid animals. His leg is bruised. He didn’t fall off.

They are a massive motorcycle safety problem, and I hate them. I shoot them whenever I can. “So Al”, I hear you ask. “What is the best calibre to use for shooting kangaroos?”

The one in your hand will do nicely.

I’ve only ever hit a ‘roo on a bike once. It was at Daz’s farm, and I was riding Daz’s CR230. I didn’t fall off. Daz hit one once, years ago, on his Triumph I think. He broke lots of bones.

Ben said he had next Sunday off and I should come up for lunch. I asked if Bly could come too, and he said that would be fine. I called Bly, and said he should come up to Ben’s on Sunday. We will ride the Ilford road and the Turondale road, I told him, and eat barbecued steaks, and drink beer, and afterwards break out the Curt Cobain Microphone and hit some clay pigeons with it. He said he would prepare one of his Ducatis directly.

The days are long in summer, so I took a detour on the way home and went along the McCarr’s Creek Road and Liberator General San Martin Drive. It’s only twenty six kilometres from the Sydney Opera House that you see the first sign warning about kangaroos. It’s a winding road with a lot of tight turns. I rode it quickish. I didn’t see any ‘roos.

I got home around 1845. My wife was preparing dinner. She said it was kangaroo. She buys it occasionally.  I asked her if she would like me to cook it on the barbecue. She said no, we would eat it rare, and it only takes thirty seconds a side.

It was delicious. I told her and the girl-child that everyone should eat more kangaroo. I finished dinner and researched. Apparently there are only twenty to fifty million kangaroos out there. There are over twenty three million humans in Australia. If you take out invalids, the mentally unsound and vegetarians in order to calculate the number of potential kangaroo consumers, the resulting number would still have to be over twenty two million.

My preliminary research indicates that if those ones eat kangaroo once a week, the problem is gone in a year.

Wake up, Australia! You know it makes sense.