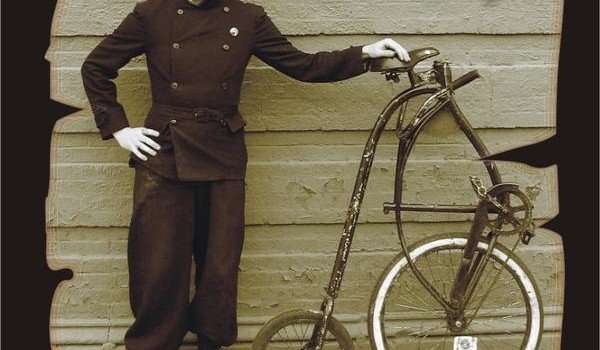 It was dark on the way home from work, and I was sitting on my motorcycle at the lights, with my arms crossed, when a middle aged man on a bicycle pulled up next to me. I suffered him in stony silence for a while, and then he shouted at me.

I was nonplussed. “Pardon me?”

I thought maybe he was looking at my motorcycle. It was dark. I wasn’t sure.

“Well what is it?” he asked, with some asperity.

And then, mercifully, the lights changed, before I could even so much as say “So, what kind of psychopath plays with a child’s toy in three lanes of peak hour traffic on the busiest road leaving Sydney northbound?”, and I left, tout de suite.

I told my family of this encounter over dinner. “You see”, my wife instructed my daughter, “this is how road rage events happen”.

Unkind, I thought. I am not the sort of man who would smack the psychopath merely for being a boor.

“He probably would have punched your father”, she continued, “but he was worried his bicycle would fall over.”

I was shocked. Shocked! Are bicyclistes so violent? Apparently so.

I recall that when I was studying American Kempo, there was a self-defence for when someone grabbed you by the collar with their left fist, which probably meant that they were going to hit you with their right fist. You grab their wrist, and drop your elbow, turning their arm, then you drop back into that stance that the karate guys call zenkutsu dachi, which straightens their arm, then you punch towards the right side of their face, popping their elbow joint with your arm, then move your forearm around and drag their torso down by their broken arm, when you can either knee them in the face or knife-hand them in the cerebral cortex.

I guess I should practice it again.