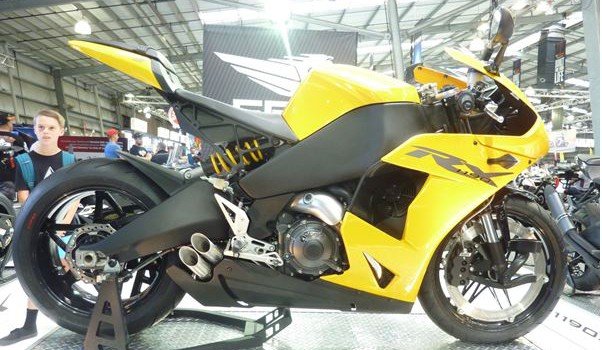 Unfortunately the BIKE ME! travel budget didn’t have enough shekels to fly Boris and Boon down to Melbourne last weekend, so I took it upon myself to have a Captain Cook at the show. For those that may not know, the event is run by Troy Bayliss and he promised that it would be something different to the normal static displays of bikes.

Unlike a certain budgie smuggler wearing federal politician, Troy was true to his word and put on an event that had plenty to keep the punters happy, unless you were a fan of “Team Red”, “Team Green” and “Team Who Just Recently Returned to MotoGP”. They were conspicuous by their absence.

My son, who recently sold his TTR90 was super-keen on throwing his leg over the KLX110 and 140 as well as the CRF125F, but was disappointed to learn AFTER we had paid our entry fee ($20 adults, $15 for kids) that he was unable to do so. Why did they not support this event was a question many asked on the day and I am sure they’ll all be on the phone to Troy this week to beg to be involved next year.

Anyway, it’s not about who wasn’t there but who was, and Yamaha stole the show with its fabulous new R1. Haters have hated on it all over the Internets, but when you see it in the flesh it is infinitely more awesome. Chuck a 99 or 46 sticker on it and if you squint, it is an M1. 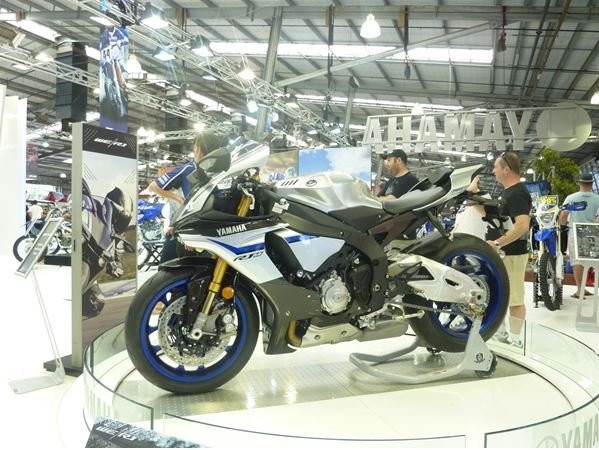 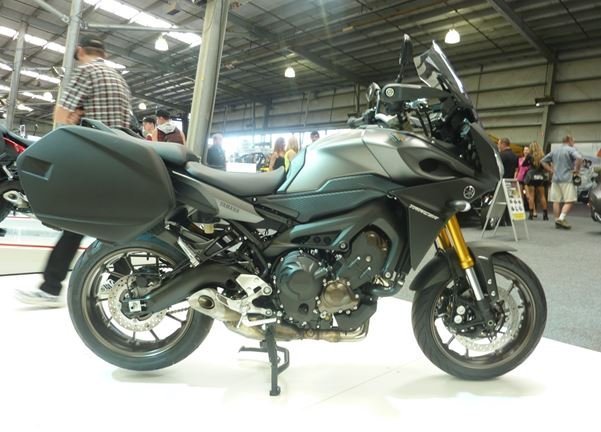 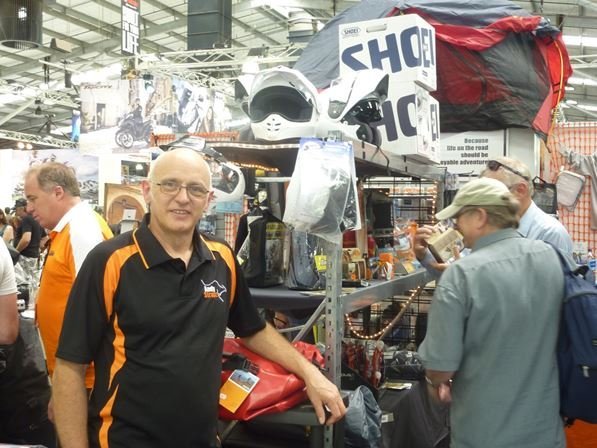 BIKE ME! supporter, industry legend and all round nice guy Andy from Andy Strapz had a bustling stand 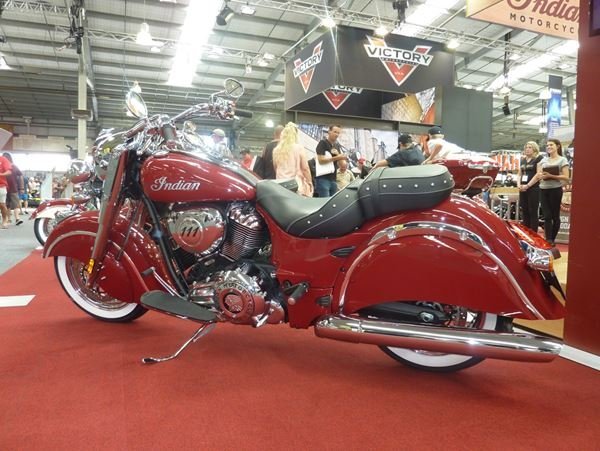 The best damn colour on a big cruiser EVER 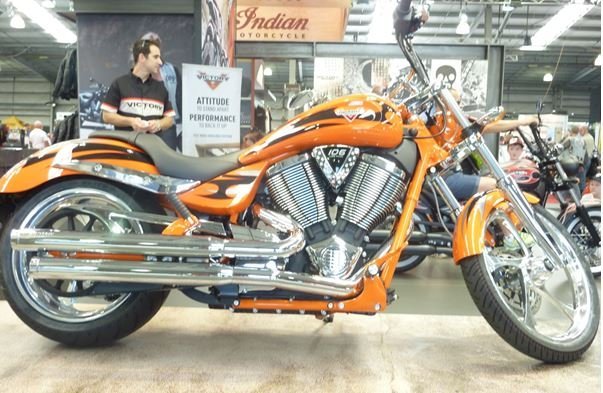 Possibly NOT the best damn colour for a big cruiser EVER 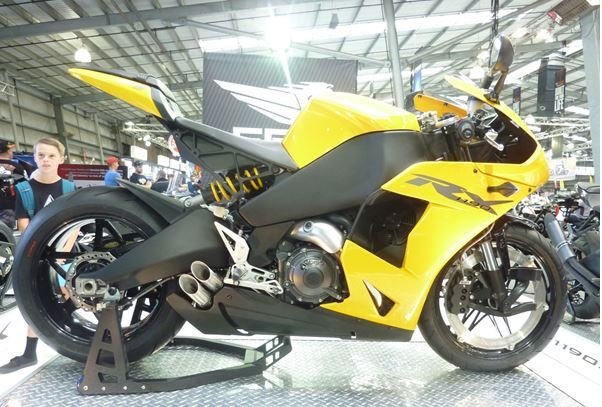 BIKE ME! denizen Stacey got in trouble for starting one of these up inside. It sounded like sex

Other key parts of the event were the racing on the ‘dirt track’ and a mini Enduro X track outside. The riders all put on a great show with plenty of handlebar rubbing action. Riders like Bayliss, Jason Crump, Lukey Luke, Josh Hook and Glenn Scott all having a ball and ensuring the crowd was rewarded for standing out in the blistering heat to watch them. Bravo chaps. 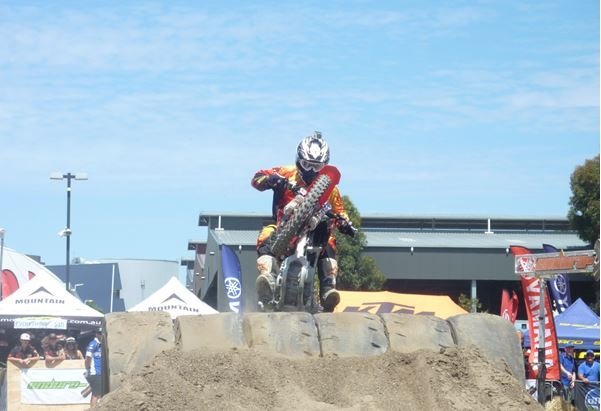 He got over cleanly 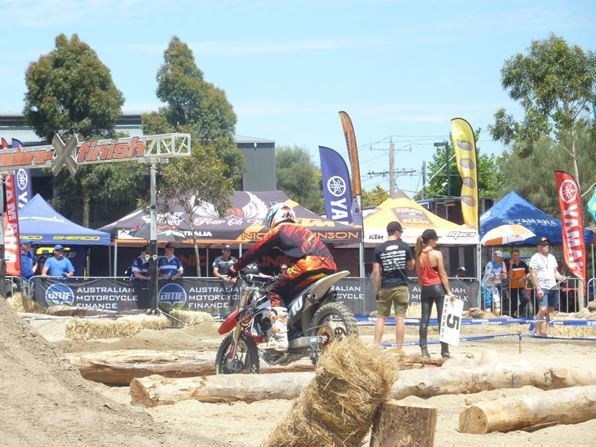 She would have been sticky in those leather pants 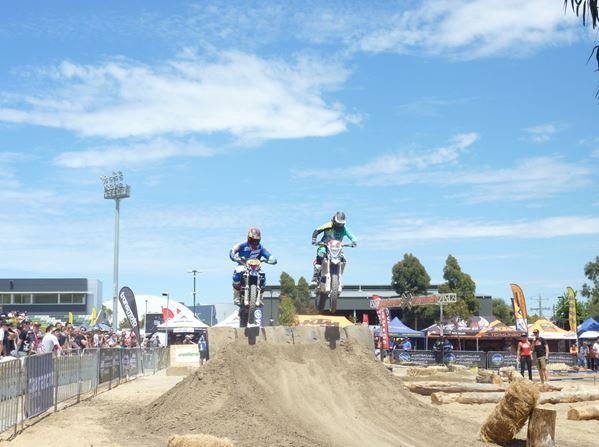 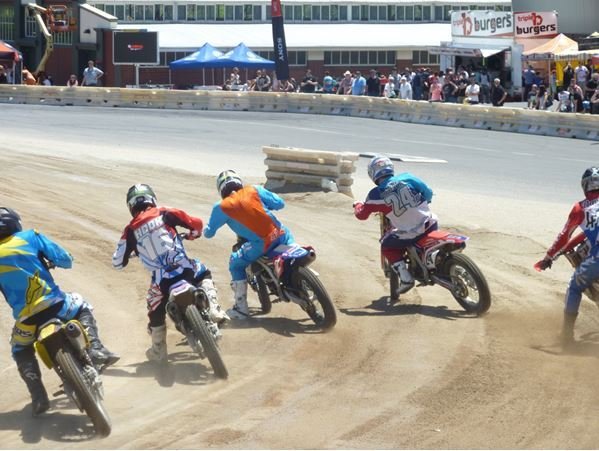 Who said you can’t get five through this turn at once? 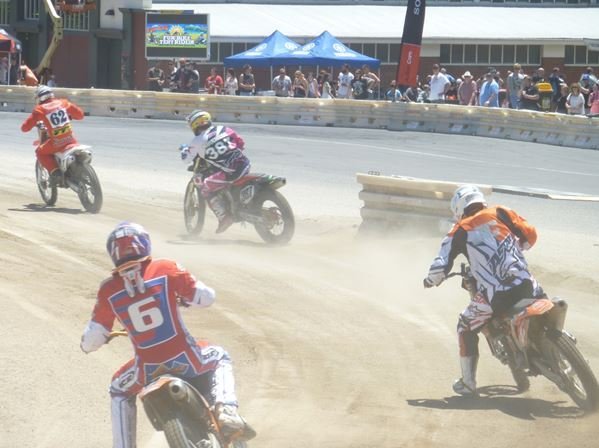 After watching these guys bang about my son and I headed back inside to stop ourselves from melting and lobbed into the second display hall which housed a few custom builders and some older classic machinery. We stumbled across the only air conditioned area, which was taken up with bikes from the Kustome Kommune crew who had some nice machines. 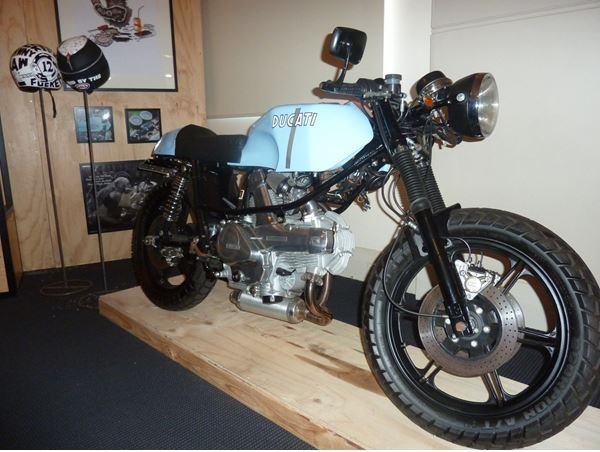 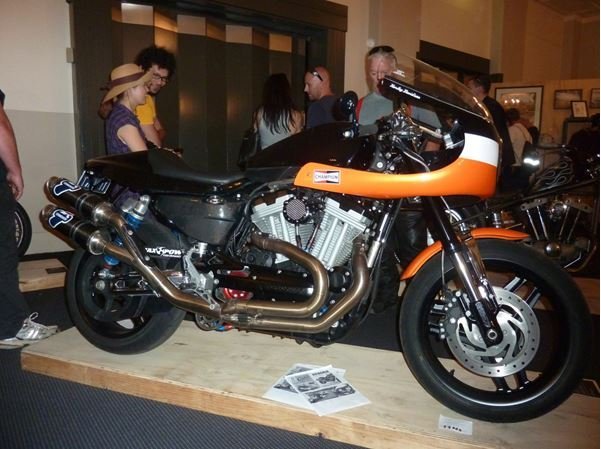 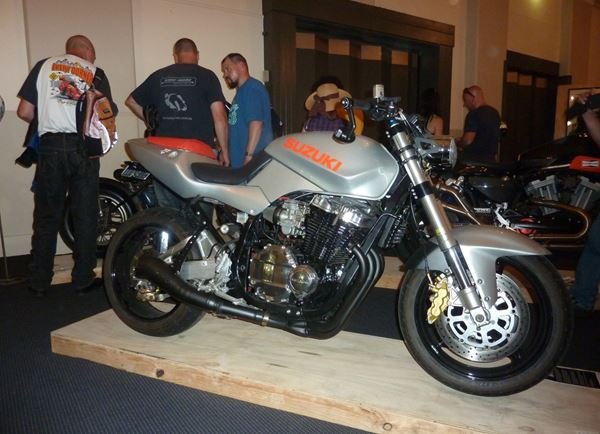 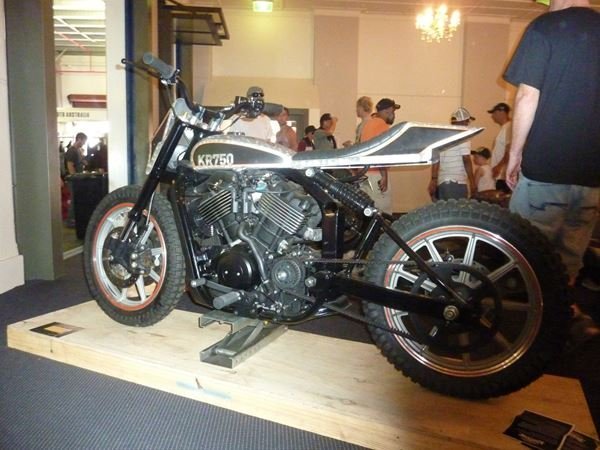 As it came from the factory? 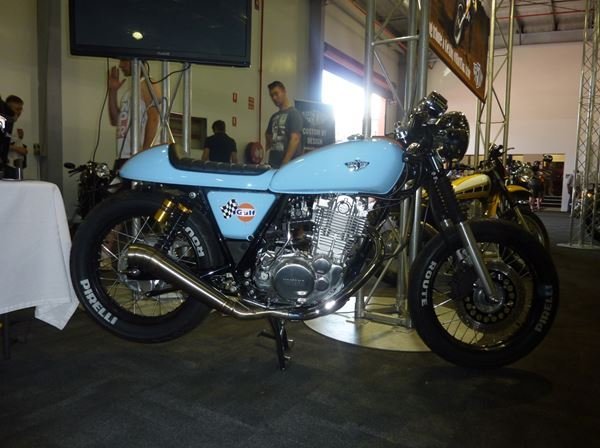 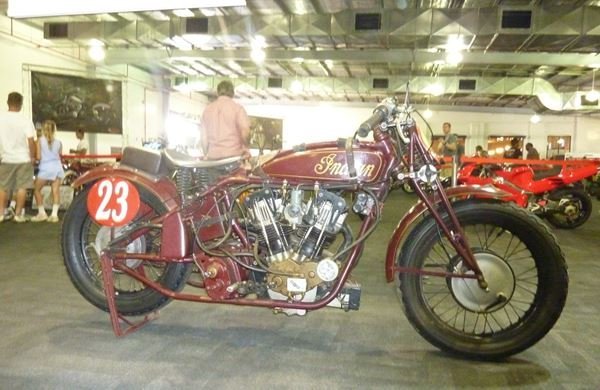 Not the world’s fastest 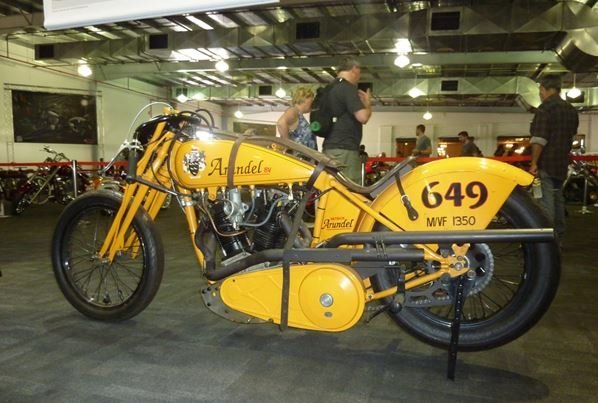 Arundel 8V? I didn’t read the little sign nearby…

So, was the event a success? Yeah, I reckon it was. Troy put on a good event and the ability to test ride bikes (adults and kids), multiple stunt shows from Lukey Luke, Matt Mingay, TDK and the racing on the two tracks really added another dimension to the whole shebang. There were some new products (Yamaha R1, Harley-Davidson Street 500, Ducati Scramblers to name a few), but IMHO Honda, Suzuki and Kawasaki (many punters would have loved to see the H2 / H2R) need to get on board next time. They missed a great opportunity to be a part of a good event that will only get stronger over time.