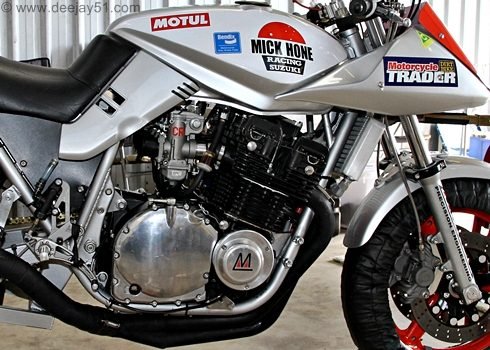 When I was young and throwing a young man’s cash at my Suzuki GSX-EX like it was a stripper on a pole, there was one man in this country whose name was on the lips and in the hearts of every Suzuki lunatic.

It’s changed a bit since I was there last.

Mick, who had raced Superbikes himself and who had not long (back then) handed the handlebars over to some young whippersnapper called Robbie Phillis, built Suzukis which were the stuff of legend. 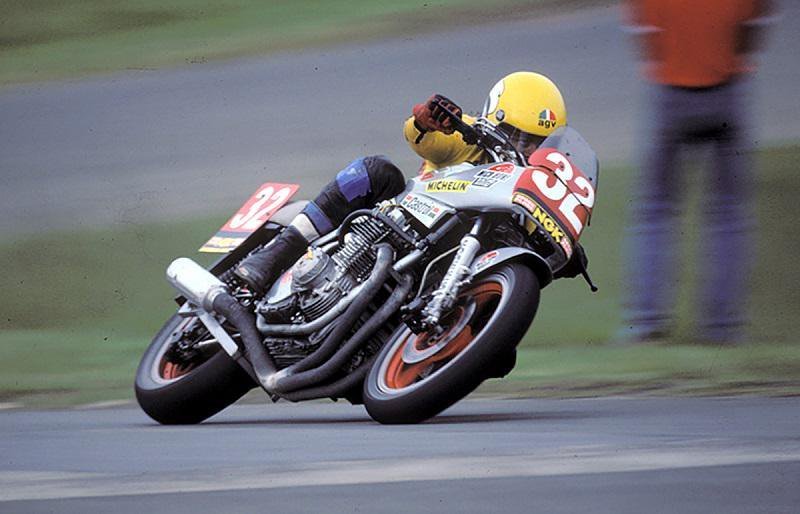 When men were men. 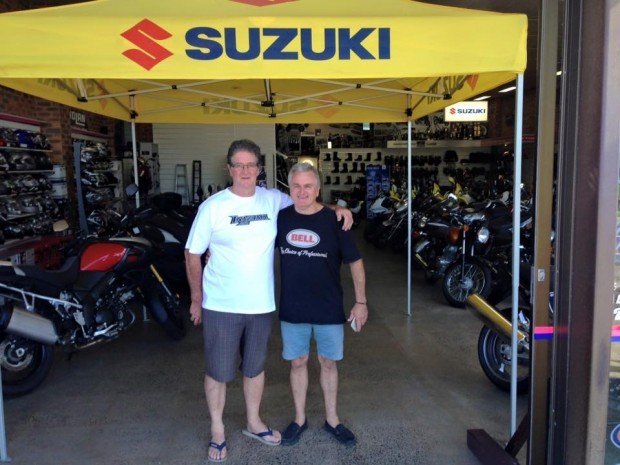 This was the time of the Katana. This was the time of the Castrol Six Hour. This was the era of jeans tucked into boots with footy socks peeking out the top, and crazy week-night runs through the city – if you were in Melbourne it was the Boulevard and if you were in Sydney maybe the Comenarra Parkway or the Watsons Bay run. Suzuki fought with Honda for various crowns – and in those days, Suzuki was the King of the Hill a lot. 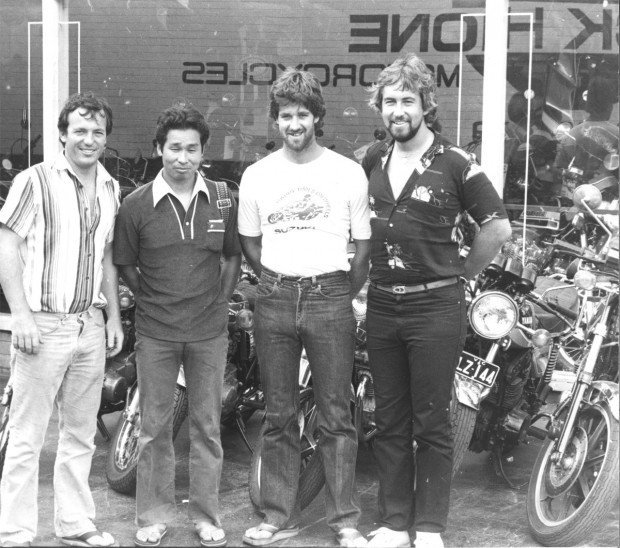 What dashing, thong-wearing champions they were back then.

And if you were serious (and what teenager isn’t?) then you took your Suzuki to Mick Hone’s shop in Melbourne and left it there. Sometime later it would emerge, breathing fire and handling better than you could ride, because Mick knew things about Suzukis like Yoda knew things about light-sabres.

Unfortunately, I lived in Sydney, and Mick was in Melbourne. 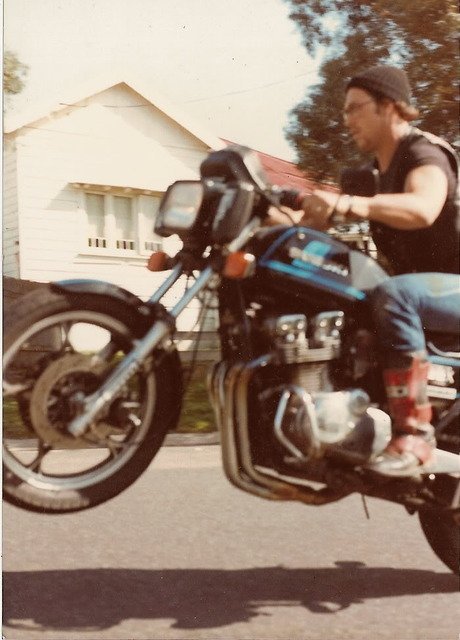 But, I thought, so what? Surely it’s worth the 1800km-long round trip for some of the magic. And I knew a few girls in Melbourne who licked my neck when I took them riding.

So one day, I rode to Melbourne to get my GSX tuned by Mick, and my neck licked by Lana. 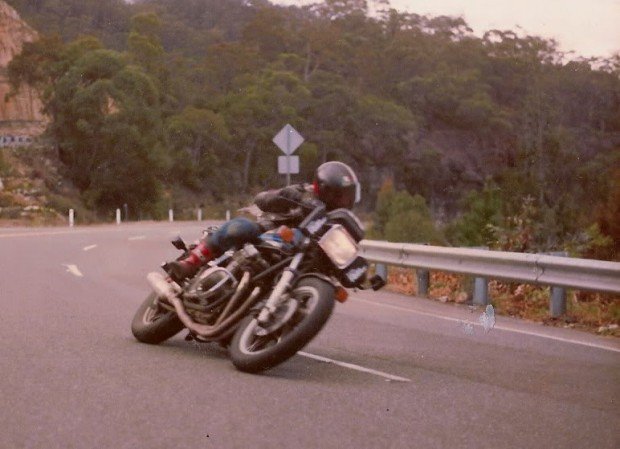 Gotta get that neck licked.

My mate, whose place I was staying at, told me I was an idiot and that he could teach me how to use feeler-gauges to set valve clearances (all 24 of them), and get the carbies balanced with his home-made carby balancer-thing. I would save myself lots of money, he said. 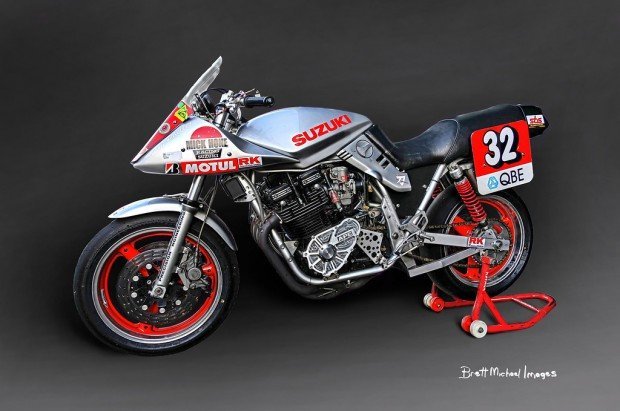 Where was this when I was throwing money at him?

Six hours later, I punched him in the face, re-assembled as much as I could of the disaster we had created, and rode to Mick’s shop on three cylinders.

Two days later Mick gave me a bike that had never been better sorted. Sure, I had to beg money for petrol to get home, but I didn’t care. 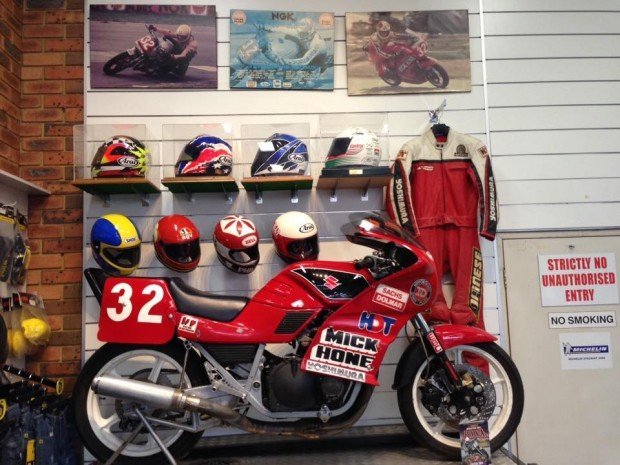 Another of Mr Phillis’s weapons.

So after that, every few months or so, I would make the trip to Melbourne from Sydney and get Mick to smash his spanners against my Suzuki.

One of my biggest regrets when I sold the Suzuki and bought a Harley so I could join an outlaw club was that Mick would no longer have the chance to work his magic on my bike. 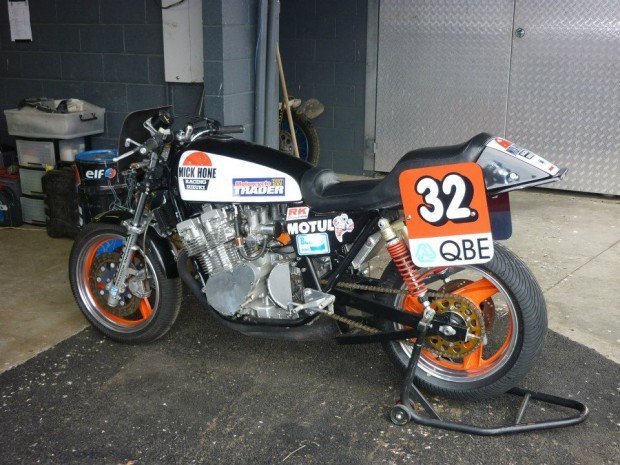 The years have passed and Mick is still plying his trade at 715-717 Whitehorse Road in Mont Albert, on the outskirts of Box Hill.

And he is still THE place to go if you have a Suzuki – old or new – that needs something special, some part you can’t find for your slabsided Gixxer, your RGV, your red-and-white GS-1000S, or one of those weird water-bottles only strange people ride. And Katanas – no-one has more goodies for your Kat than Mick Hone. No other place I know of can match Mick Hone’s for brand-knowledge and ability to source parts.

You folks in Melbourne don’t have much to rejoice about, but you have Mick Hone – and that’s a lot.

Mick is celebrating his 40th anniversary this month.

And you should go and wish him a happy anniversary. And, because it is 2019, giving his Facebook page a like is what good people would do. Be a good person. Like Mick Hone’s  Facebook page.

Personally, I just want to thank him for not throwing me out of his shop back in 1980-something and fixing my Suzuki after I had committed atrocities to it in my mate’s garage.