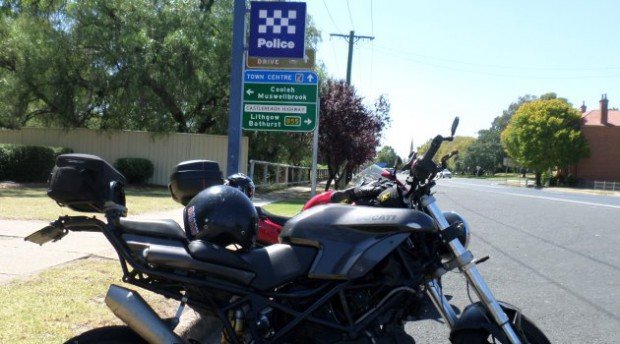 I sent in the renewal of my firearms licence late and the cops came around to seize my hunting rifles on the day that the mujaheddin shot the police accountant in the head near the German Bier Café at Parramatta. The rifles weren’t at my home and neither was I.

I went down to the cop shop the next day and told them the rifles were at Ben’s place. They insisted on coming back to my place and inspecting an old pistol safe. Three of them arrived, with pistols and tazers, and looked at the safe and conceded there were no hunting rifles in it. I said given that the rifles were 250km away, and in a safe I didn’t have a key to, the public wasn’t really in danger, and why didn’t they just wait until my licence was renewed?

I said I have no criminal record, and I hardly ever beat my wife, and my wife said “Well never when he’s sober, anyway”, and they looked at each other and didn’t smile because cops don’t have a sense of humour about that shit, and they said tell Ben the Mudgee police would be coming to his joint to seize them.

I told Ben, and he called up Mudgee police and volunteered to bring them in, and the Mudgee police said thanks, that will save us a drive, and he surrendered them.

I finally got the licence back, so I called Bly and asked if he wanted to ride to Mudgee police station with me so I could tell them to give the rifles back to Ben to keep in his safe. “Of course,” said Bly. “Cops are tops.”

It was raining when we rode over the Blue Mountains, and foggy. Bly had an open face helmet and a pair of sunglasses on, and I had the vents on my jacket open, because we are as hard as Chinese trigonometry and have no respect for rain and fog.

It stopped raining and fogging and turned into a really nice day in Lithgow. We got to Mudgee, and a police car came through an intersection in front of us with lights and sirens, and we went to the police station and there was nobody there.

We called the number on the wall and a cop in Penrith answered and said he would create a job and get someone to call me. I waited fifteen minutes for the call and it didn’t come. The Court House Hotel across the road looked inviting, but we got on our bikes and rode to the Gold and Fleece Hotel at Windeyer, because you can get steak and beer there and there is no mobile reception. You wouldn’t want the cops to call you in the middle of a good lunch and ruin your appetite.

We bought some beer and ordered some food, and the guy behind the bar asked my name, and I said “Litoris, Mike” and he said “Have we met?” and I said I didn’t think so.

They brought the food without calling my name, and we had a nice lunch and rode back to Mudgee, stopping only to inspect the driveway of a lunatic. 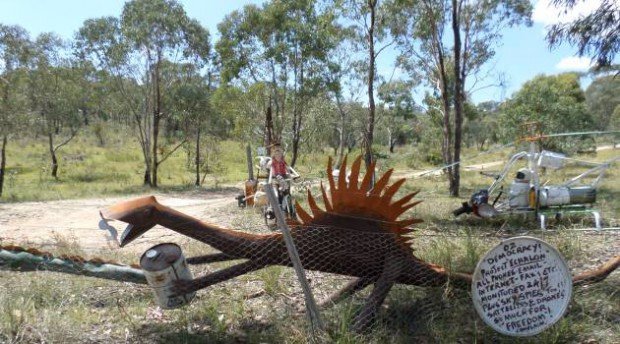 The cop shop was still unattended, so we got on our bikes and rode the 263km home. There was a message from a cop on my phone. I called the station, and the cop who answered said yeah, sorry, really bad motor vehicle accident today kept everyone busy. I asked if I could authorise them by email to give my rifles to Ben. She said yeah.

So I sent her an email.

It wasn’t as much fun as riding six hundred kilometres with Bly, but a man only has so much time.