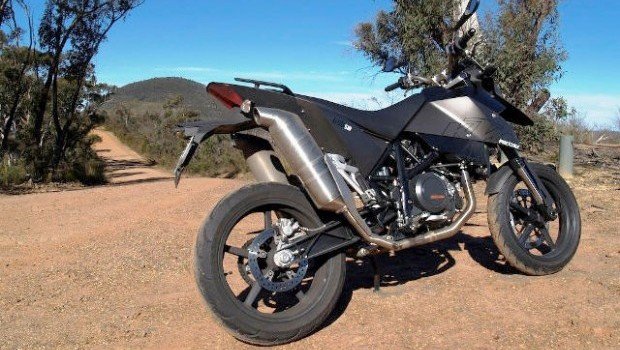 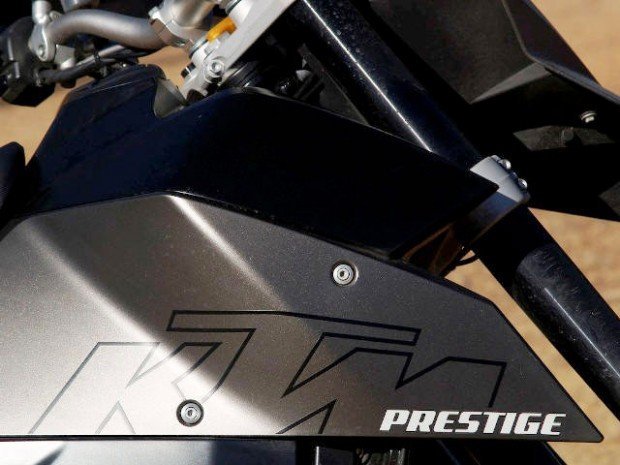 A bunch of years ago I began learning to ride motorbikes on the road. My first vessel of choice was a crusty little GPX250 that I bought off a wrecker for cheap. I crashed that into the back of a car and went to hospital with a giant great hole in my leg. Upon mending myself, I went to pick up my little GPX which had been fixed at my local mechanic’s while my leg was regrowing. I came home that day with a GPX and a KTM EXC400 motard – it was small, light, orange and it only had a kickstart. I love irrational purchases.

Sadly, I only owned that thing for a few months and had to move it on due to being piss poor and the need to pay off my accident. However it was a lovely few months and it gave me a raging hard-on for single-cylinders. And for acting like a royal tit on motorcycles.

Fast forward to 2008 and that throbbing boner has been reignited thanks to the KTM 690 SM Prestige. I had one for around a month and, during that time, we battled the clusterfuck that is Sydney’s peak-hour traffic together, went joy-riding at night and headed for the horizon on the weekends. And we sure did have some good times together. 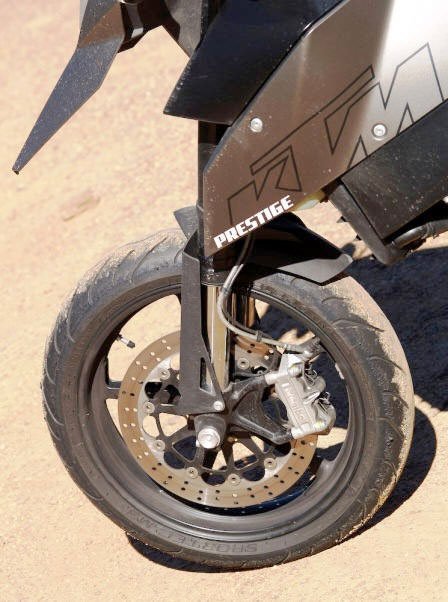 The brake, and the beak

Unfortunately, the bulk of our affair was made up of commuting but, thankfully, the little Prestige makes this a shitload of fun. As I cut swiftly through packs of cars in the CBD like a TIE fighter pilot rounding up stray Rebel scum, I was quite thankful for the upright seating position and the wide handlebars. You can punt this thing through any gap in traffic and, with 65Nm of torque being delivered perfectly to the tarmac with every twist of the right hand, this bastard-ugly KTM will see you hurtling between cars like a madman.

Ah yes, the looks. Surely there are admirers out there, but I’m not one of them. With its Spy vs. Spy frontal beak and mortar launching dual-exhaust set-up, I felt physically ill every time I looked at it. Sadly, I couldn’t drink until I found this motorcycle attractive (like I can with women) but I was able to look past its hideous aesthetics to the beauty and sensuality it held beneath (like I can’t with women). 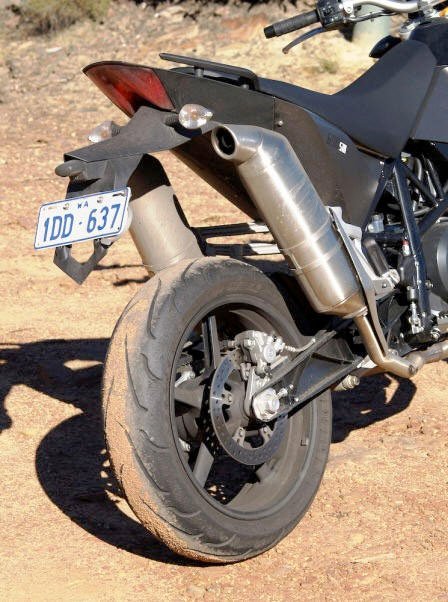 A few other things got on my tits about the Prestige. The front fender peak thingy sends waves of crud and dirt flying at your chest and head in the rain or if you’re on a gritty road. This meant I was filthy wherever I went (as in, I had dirt all over me) and it burned my eyes with road-gunk when my visor was up. Not cool, KTM.

The seat was, unsurprisingly, really painful when going in a straight line for a prolonged time. I was bored one Sunday afternoon and did the entire Pilgrimage loop in one hit (Bells Line to Lithgow, up towards Mudgee, off at Illford into Sofala, to Bathurst, Bells Line home). Anyone who has been there knows the boring stretch from Bathurst to Lithgow and, having been on the bike for nearly two hours already, my arse was really feeling that section of road. With a bit of creative leg placement – hanging feet from pillion pegs – and some moving yourself around the bike, you’ll get rid of the agony and it was fine when cornering, but that particular stretch stands out in my mind for its hurt value.

Another peculiar trait of this motard was its high-speed twitchiness. Anything over 90km/h saw the front wheel get a bit nervous which was off-putting the first few times.

However, you’ll find there are no issues in corners, as the KTM tips in nicely and feels solid and planted – those magical 45km/h corners into Bathurst from Sofala got a repeated workout that Sunday afternoon. It may not be as light as it could be (a claimed 152kg), but it is easily flickable and enjoyable to ride.

The single-cylinder 640cc engine pumping away dramatically between your legs is a hoot. You’ll be hard pressed to find a car that will beat you off the lights with this thing, as from around 3500rpm it’s nothing but surging torque up to redline. The addition of fuel-injection sees prompt and crisp throttle response everywhere, all the time. It’s pretty much flawless and has enough go to see the front wheel clawing at the air in first. 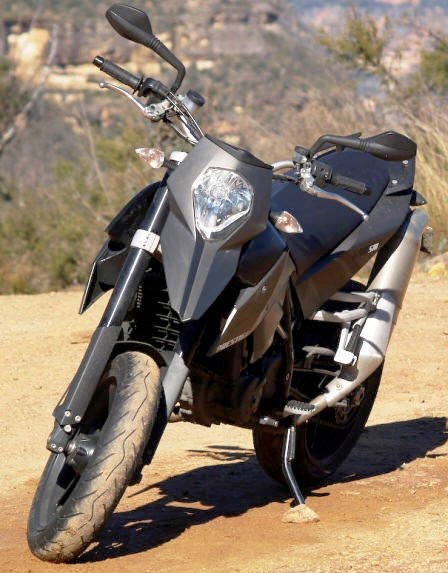 The stellar radial four-piston front brake rounds out the whole ‘tard package nicely and will haul you and the KTM to a stop in a flash – I found this out the hard way a few times up Victoria Road as people decided they needed to be where I was more than I did. With the great leverage offered from the wide handlebars, you really feel in control as the single front stopper works its magic and locking up the rear brake everywhere just becomes part of the commute.

The addition of a slipper clutch is something I could really grow to love, too. It worked perfectly every time and was more than happy to accommodate any ridiculous gear changes that I decided to try.

As far as I was concerned, the good far out-weighed the bad on the Prestige. It did all the important things a motorbike should do – stopping, going and turning – and it did them very, very well. It just spat shit at me in the rain and was far from comfortable. Plus it was ugly as sin. These things can all be overlooked because, when you really boil it down to its most basic level, it’s all about how much fun you get out of a bike and this one had it by the bucket-load. Thank you, KTM, for reinvigorating my inner hoon. 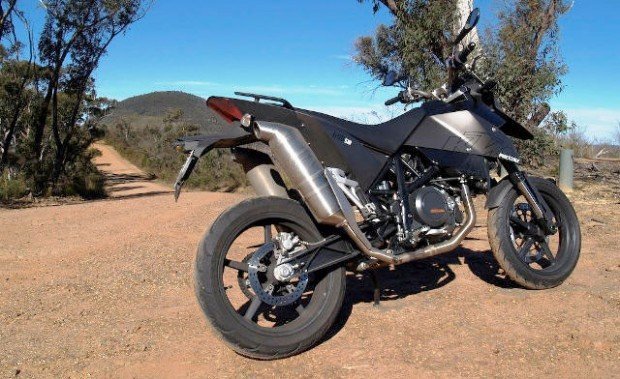 “…it’s all about how much fun you get out of a bike and this one had it by the bucket-load.”