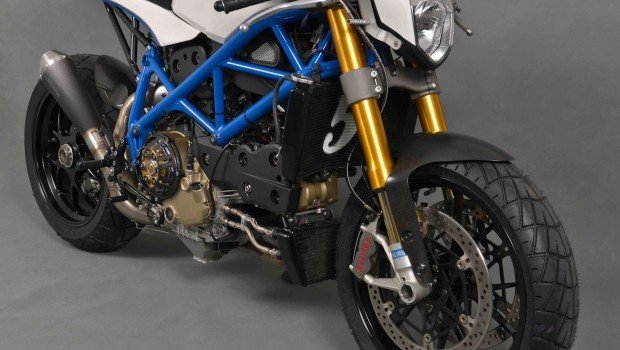 That would be a most character-building bike.

If I had one, I reckon I would be somewhere around Murrurundi when a stone took out that wee oil radiator behind the front wheel, then while I was watching the instruments reporting the drop in oil pressure I would hit a pot-hole and snap the rear engine mounts.

It would be on a day when Daz wasn’t at the country estate and Quoll was off tramping the hills and Mick R was doing whatever carpenters do (walking on water, if the old books are to be believed), so I would have to get the tow operators recommended by the cops to tow it into town, and ask them if I could get a ride in their truck, and stay in the pub overnight, and get a train to Sydney and turn up for work late.

I would work the phones, and people would pretend to not know who the Murrurundi Ducati mechanic is, and I would hire a truck and spend a day driving up there next weekend with a strong friend and bringing it back, and finding that my strong friend was no longer my friend.

Then there would be the sniping and the shootout at the MacDonalds, and the articles in the paper saying “angry loner had lots of guns” and the questions in parliament and the sackings in the police force.

And people wonder why I ride a Honda.