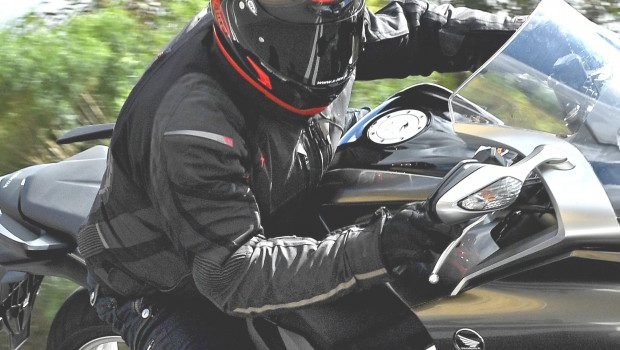 “What kind of German wizardry is this?” I asked Ray when he showed me pictures of Held’s new Imola Flash jacket. “It’s a very dark grey in this picture, and then it looks like it’s crusted in slave-mined diamonds in the next photo. Has it got some kind of button that changes its molecular vibe or something?

The following week I rode home with the Imola jacket, feeling pretty damn sexy and space-age, while trying to both look where I was going and wanting to see it do its diamond-chameleon thing in the dark. 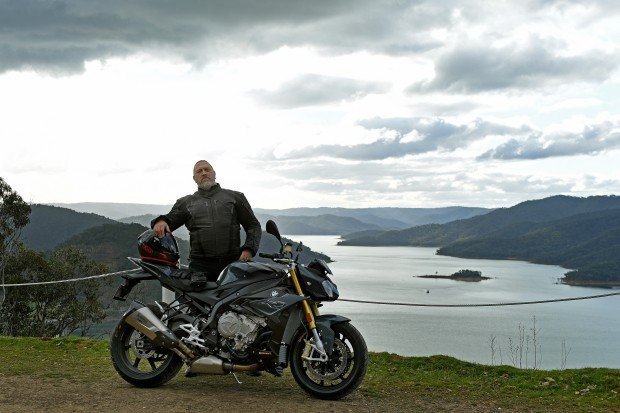 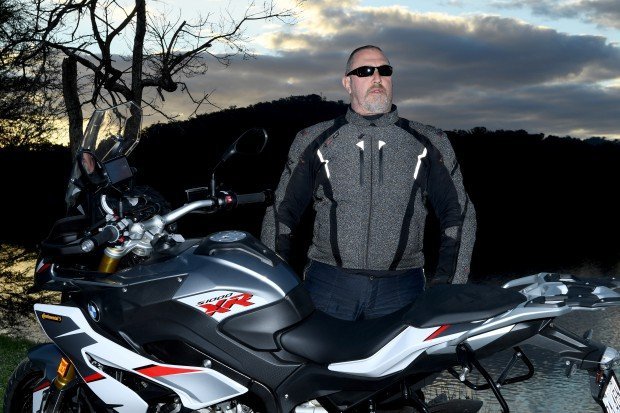 But when it’s hit by artificial light, it does this… 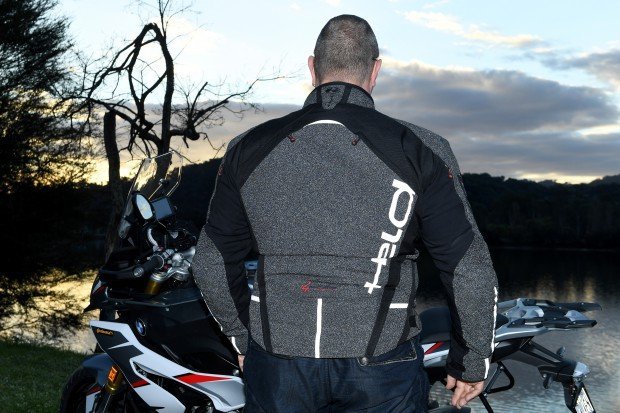 Sure enough, each time car headlights hit it, it would reflect the artificial light in a billion tiny specks. I had no idea what the car-drivers made of it given how wretchedly blind they are anyway, but I thought it was pretty trick.

Is it new technology? No. Reflective material has been around for a while. But it’s never looked remotely cool and is usually limited to strips on the sleeves or on the back of the garment.

The subtlety and totality of its application on the Imola Flash jacket is what’s new. The whole jacket is coated with highly durable and very reflective particles that do nothing in sunlight, but when illuminated by headlights, look like you’re bathed in diamonds.

But this tricksy coating is just the coating on the lamington, so to speak. The rest of the jacket is pretty high-end special as well.

It is a true four-season, year-long textile item. I got the jacket in the depths of winter and am now also wearing it as the weather warms up. I have used it in one- and two-degree ambient temperature at speeds in excess of 140km/h (so the wind-chill would have dropped the temperature to below zero), and it did a superb job of keeping the freeze out of my bones. I was not going to die at Michelago this time. 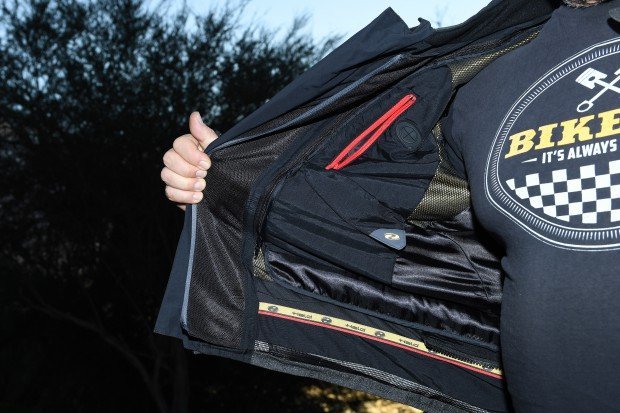 Underneath, I was just wearing thermals, and two cotton T-shirts, which was a gamble, but the Imola Flash worked. I was quite surprised. It felt like a very light jacket when I hefted it, and light jackets, in my experience, don’t always equate with warm jackets.

Certainly, I think it was at its temperature limit, and I probably would have added an extra layer or two if it got any colder, but it was all working at that time.

Naturally, the less clothing you have on and the lighter it is, the more comfortable you are, and I’m thinking the jacket (with what I had underneath) would work year-round, all over Oz, provided the ambient temperature didn’t drop below zero. Add another thermal layer or two and I reckon it’d be good to go well into the sub-zeros. 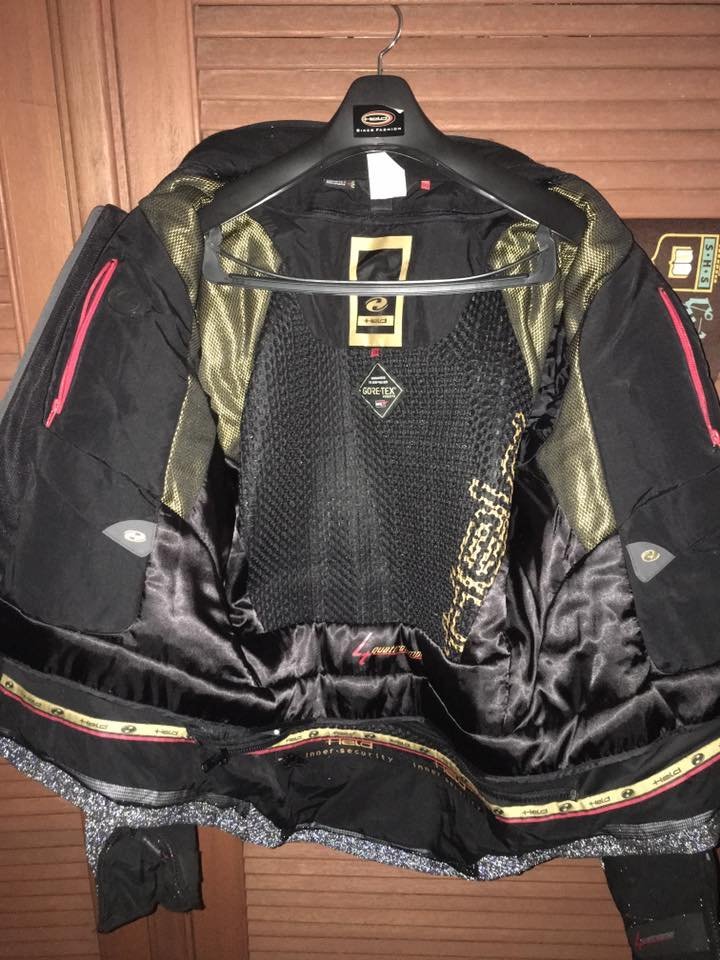 It’s dead-set luxurious, warm and dry. And it better be for the price.

It is light because it is made from DuPont Cordura 500D, which has a tighter weave and is 35 per cent lighter than the classic 1000D Cordura fabric. Cordura 500 is widely used in tactical military applications like personal ammo carriers and hydration packs. So it’s extremely tough and more durable than Rossi’s MotoGP career.

Inside, the Imola is pure Held wizardry. Held’s top-end jackets really are a cut above everything else. You very much get what you pay for, and in this case you get the following:

The lining is totally breathable mesh at the back, which stops it sticking to you when you’re sweating like a horse, and it has a removable thermal membrane which is waterproof Gore-Tex. I have not ridden with the Imola Flash in the rain yet, but I have another Held jacket with more or less the same lining which I wore during European and Australian thunderstorms, and it’s as good as it gets. 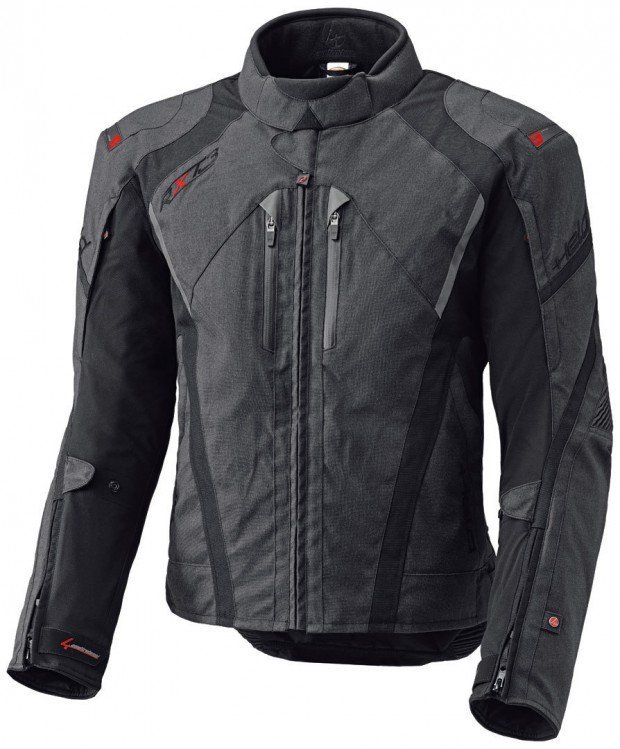 This is what I look like with my head cut off and my hands removed.

Like all Held textiles, it’s extremely well-ventilated with zippered vents in the front, back and arms. The arms also boast a stretch panel so your mighty biceps are cradled in comfort, and there are two adjustment points on the arms as well. The jacket can also be adjusted at the hip.

The collar is pretty cool, and after you’ve zipped yourself up, noted how softly and lovingly it sits against your neck, you’ll also note how it snaps into place thanks to some magnets that live in the tabs. I found it to be very windproof at the neck. Once that magnet clicked into place I was sealed like zip-lock bag. And I have tried it on both a cruiser and in a race-crouch on a Fireblade. Same-same in terms of being windproof at the neck.

The Imola Flash also comes with Held’s remarkable SAS-TEC Cloverleaf armour in the shoulders and elbows – that’s that soft armour which becomes super hard on impact. So it’s very comfortable when you’re not crashing and very protective when you are. And the jacket is made to take a full-length SAS-TEC back-protector as well. 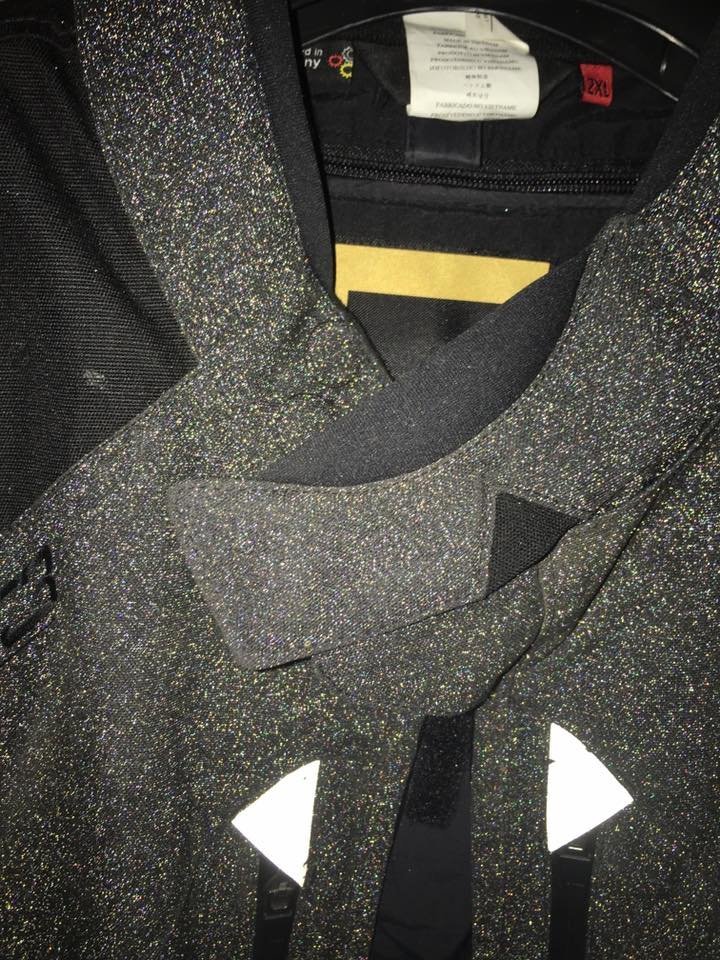 This is the magnetised collar. Note the clever little triangular stretch panel so you have freedom of head movement without it all coming loose.

Well, it’s a bit fiddly the first time you go to put it on. There are two zippers, an inner and an outer, and if you’re ham-fisted like me, it will take you a day or so to get used to where they are. After your synapses are programmed, it’s fine. It’s like anything new. You just have to get used to how it works.

I would have liked the lower sleeves to be a little more accommodating of the gauntlets I had – I like to wear my gloves with the sleeves over them, especially in the rain for obvious reasons – but I found that a little patience on my part paid off. If I wriggled a bit, then I could zip the sleeves completely over the gauntlets. If I was in a rush, it was more of a struggle and the zip would be only partially closed. Happily, there are fabric tabs on the sleeve zippers so you can use them with your gloves on.

I found the fit to be snug and very flattering. It is a very, very handsome jacket and I do need all the help I can get. 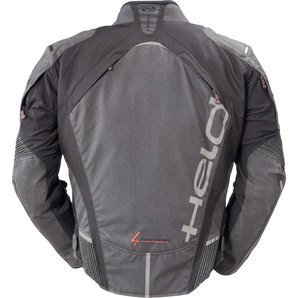 The air-flow zips sit at the top of your shoulder-blades, and it all sits properly low on your back so your kidneys don’t scream from the cold.

Sure. Why wouldn’t I? Apart from the whole Lady Gaga thing, I’m sure there is an element of enhanced safety in this reflective quality.

Just think of how much fun your lawyer is going to have when the car driver states in court that he didn’t see you, and then your Imola Flash jacket is produced and His Honour beholds its sparkling qualities in the court room. Not only will you win the case and be awarded lots of money in damages, he will have the car driver taken down into the cells in clanking chains and lashed with a horsewhip for lying to the court. 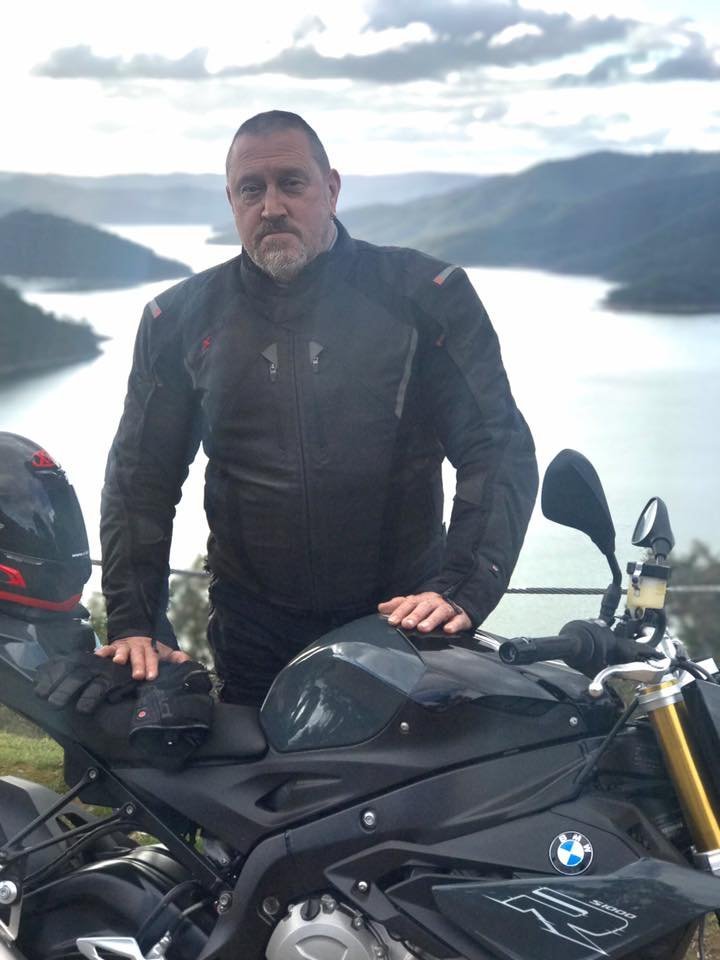 This is the jacket with its superpowers in repose.

But that’s the worse-case scenario.

The best-case scenario is you wearing your Imola Flash for the next decade or so, while all your mates seethe with jealousy at how fine you look.

Seriously though, this is a seriously good jacket.

WHERE CAN I GET IT FROM? Andy Strapz in Melbourne and the two ProCycle stores in Sydney (Hornsby and St Peters stock Held gear. Alternately, you could go on-line HERE and order it for yourself.