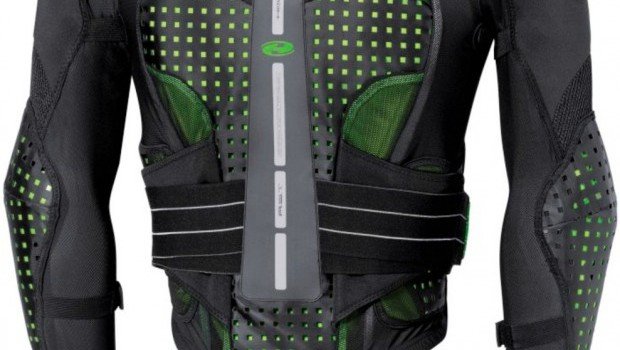 HELD BODY ARMOUR – For when you absolutely, positively have to fight an alpaca

Be calm. I realise that some of you might have thought you were looking at a green-and-black Deadpool riding a Tenere. But it’s not him. It’s me.

I have caparisoned myself in the latest Held body armour and have set forth to do battle. Sadly, there are no battles that require such armour any more. But if there were, then I would certainly want to have the glory that is SAS-TEC impact foam protecting my gelatinous bits and bony protrusions. 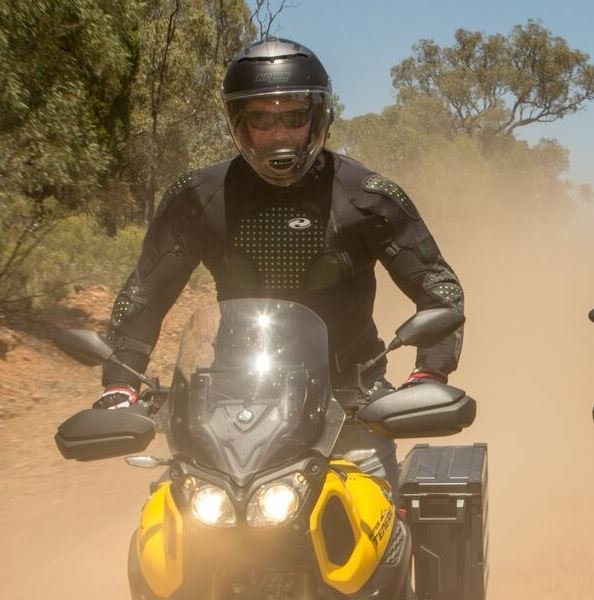 You know about this new impact-foam, right?

The higher the impact-speed, the bigger resistance of the foam. Cool, huh? Next they’ll be coming up with mobile phones that have screens you can control by touch.

The SAS-TEC foam is lightweight, moulds to your body for maximum comfort and provides virtually linear energy absorbency. So it’s not like rigid body armour at all. It’s got way more sorcery going on. 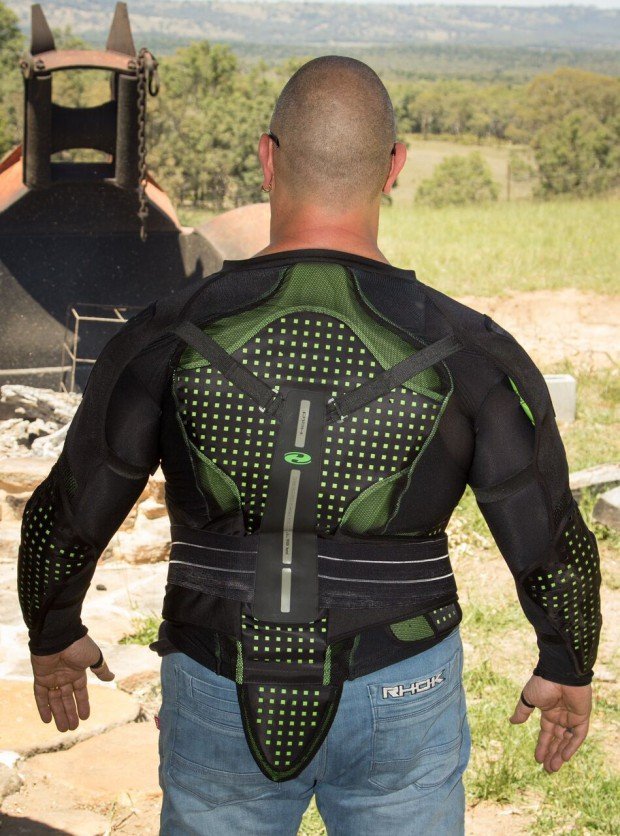 Come at me, alpaca! 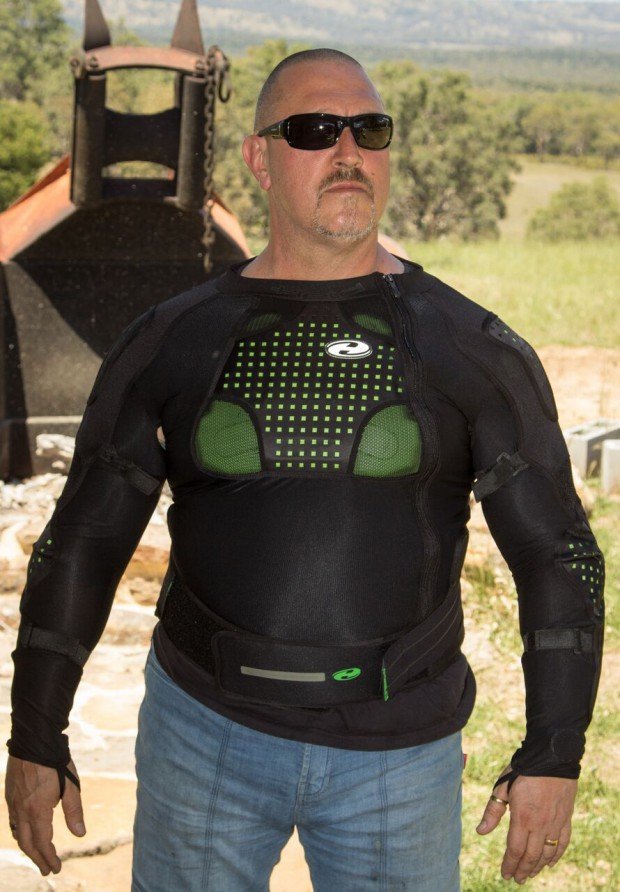 Yes, I am nude under this.

Now then, because it is soft and malleable, it doesn’t chafe and there are no hard edges that rub against your meat. Until it all goes to shit and there’s a handlebar looking to skewer you through the pancreas, or a tree-limb seeking to puncture one of your aortas. Then it gets its hard on.

Some laboratory in Germany has been testing it. They get cruel men to place pieces of the foam over a hemispherical anvil. Then they take a five kilo metal rod and spear it into the foam from one metre away, with a force of 50 Joules. This is like being kicked by a large horse or punched in the face by Mark Hunt. The cruel men do this many times all over the foam piece. 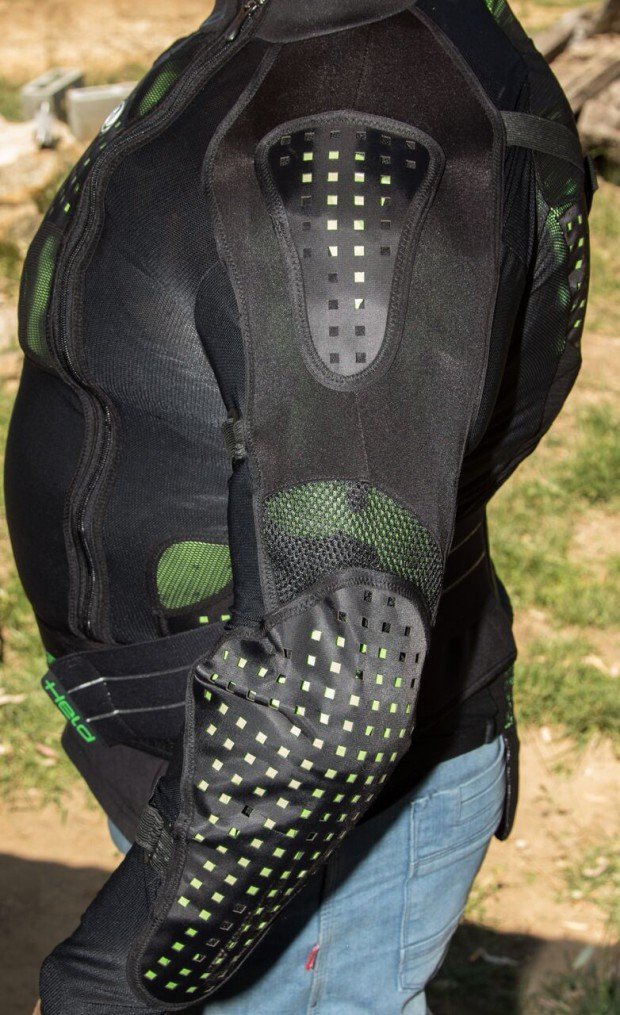 I spent some time trying to get my mate Daz’s guard-alpaca to kick me in the armour, but it just kept running away. I then considered the option of crashing into a tree, but felt that was probably a bridge too far. If cruel German men had already gone to the trouble of torturing the body armour I was wearing, who was I to doubt them?

I found the fit to be very snug, which is exactly how body armour of this type is meant to fit. You really don’t want that shit slipping around when you’re sliding down the road. But despite its snugness, it was comfortable. That would be the stretchy lycra and spandex, of course. 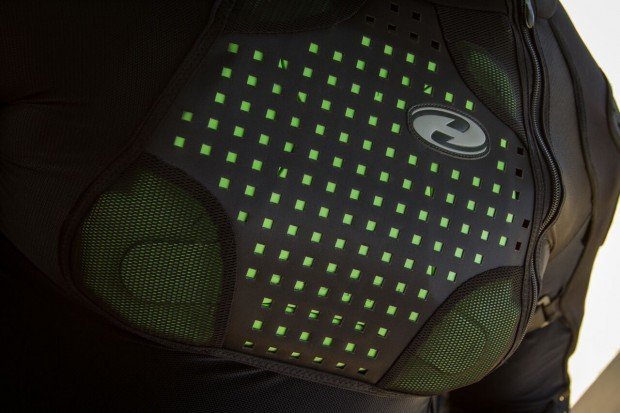 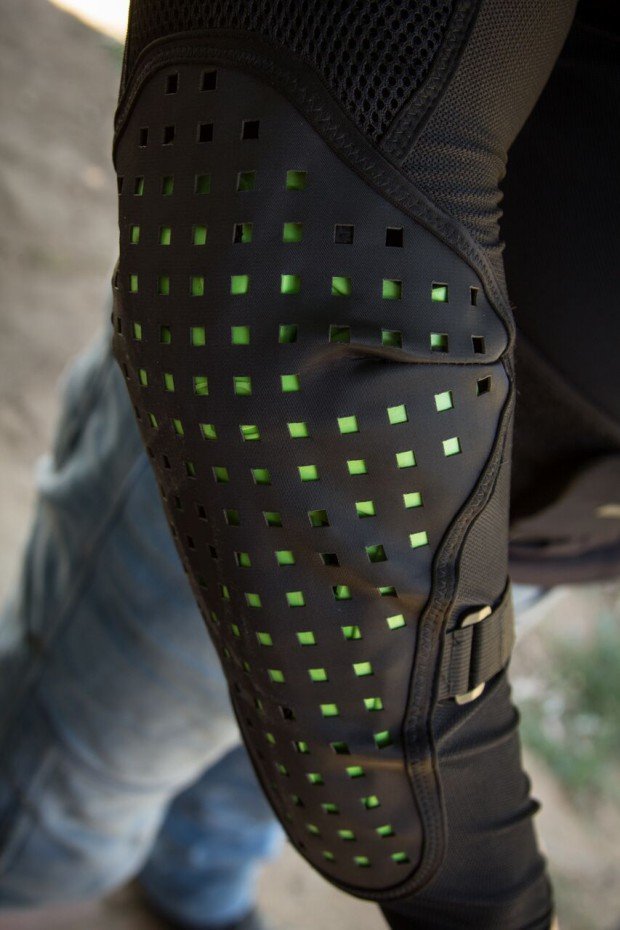 From above the elbow all the way down to the easy-busting wrist bones, there is armour.

All the armour comes out, the whole deal is washable, and the mesh is hypoallergenic and wicks the sweat away. I know this because I was sweating like a horse belting around Daz’s farm on a Tenere in 38-degree heat pretending I was Deadpool and trying to get that alpaca to have a go.

It comes with a coccyx (that’s your tail-bone) protector and big, wide Velcro straps to girdle you properly about the waist. The arms are adjustable in two places and there’s a thumb-loop so it won’t ride up if you put something on over the top of it.

But why would you do that? Why would you hide this from the world? Hell, I wanna go out drinking whiskey wearing this.

There are also three variations. 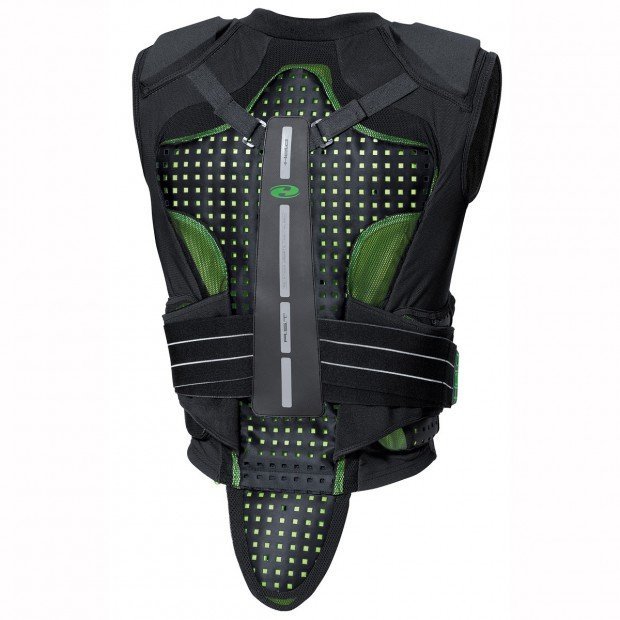 This is the Keltor iteration. 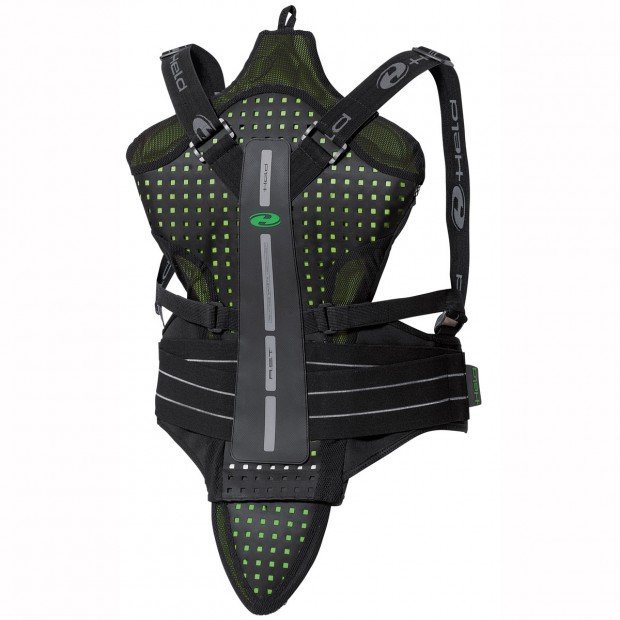 This is the Sakari back-protector.

And then there’s Daz’s alpaca, which is meant to be a superb flock-protector of Daz’s sheep. But I could have taken any of those sheep and the bastard couldn’t have stopped me. But just in case he tried, I had armour on. 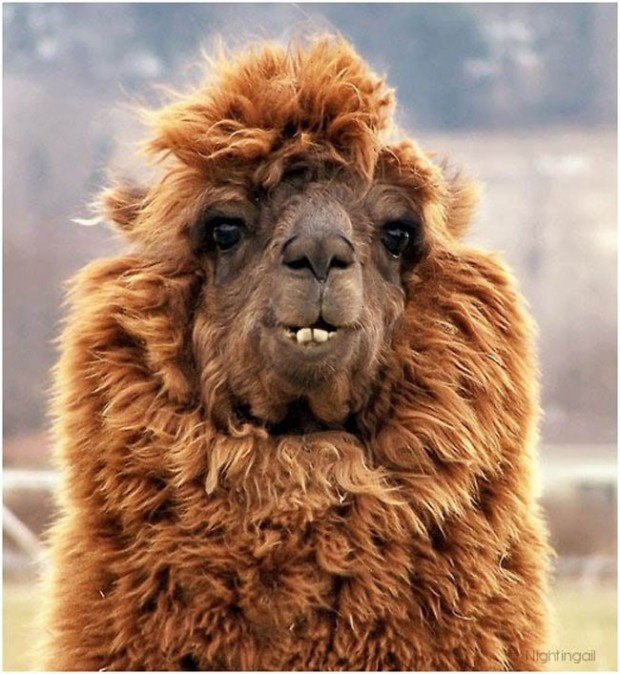 You may go HERE to get them.