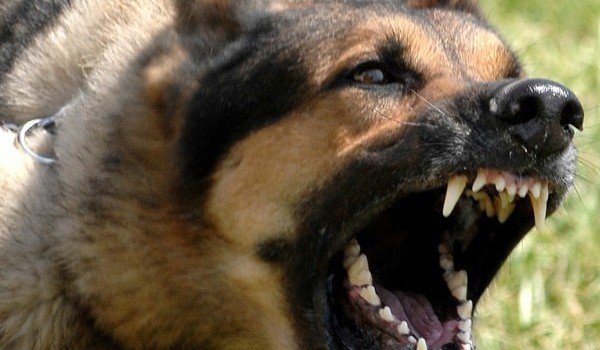 I was in the office late and engrossed in modelling some proposed business changes in a spreadsheet, when I heard a noise at the office door. I started, and looked up. It was a security guard.

“I left him down in the car park in the truck”, he answered. He glanced keenly at my crash helmet. “That your bike down there?”

“The important thing”, he continued. “Is to get a GOOD dog.”

I wondered how best to kill him. Offer him coffee, I thought, then when giving him directions to the makings, cut open his carotid artery with the sharp edge of that steel rule on my desk. Not that I wanted to kill him. Just a Gedankenexperiment, like Maxwell’s Demon, but with a dead security guard at the end instead of some warm gas and decreased entropy.

“I left my sister guarding a building site one night with a dog.” He was still talking. “She’s my partner in the business. She was in the site caravan and she got mugged by an electrician.”

This was getting surreal, and I didn’t know what to say. I decided I would say “Electricians, eh?” and shake my head.

“Electricians, eh?” I said, and shook my head.

“I said to her ‘Where was the dog during all this?’ and she said he just stood there and watched it happen. So I borrowed her gun, and shot the dog.”

I said he certainly dealt out prompt and summary justice.

“Too bloody right”, he said. “So then, of course, I had to get her a new dog. We went shopping, and she picked one, and I bought it for her. Horrible ugly looking thing it was, but you know what women are like.”

I said oh Lordy yes, I knew what women were like.

“I left her with it at the building site the next night”, he said. “I dropped in a bit after midnight to see if she was OK, and I went to put the kettle on, and I walked between her and the dog, and the dog went for my throat. I put my arm up, but he ripped it open and I needed twelve stiches.”

I asked him if he shot that dog, too.

“It actually wasn’t a bad dog”, he went on. “Until I had a customer with a car yard that said people were breaking in at night and vandalizing his cars, so I locked the dog in the yard. A couple of nights later the cops at Arncliffe called and said ‘You’d better get down here. Your dog’s put someone in hospital.’

“So I race down to Arncliffe to the car yard, and there’s two wallopers and a Dickless Tracy there, and they’re laughing. I said ‘What happened?’

“One of the wallopers said ‘You know when you’ve got a hose and you play with the dog, and he bites at the water and then works his way up to the hose? Well, some guy broke into the yard, and was taking a piss on one of the cars.’

“So we all had a laugh, and then I said ‘Wait a minute. I know that dog, and there’s one thing I don’t understand. What made him let go?’

“And the Dickless Tracy said ‘You ever tasted one of those things?’”

I glanced at the steel rule on my desk. “Would you like a cup of coffee?” I asked.