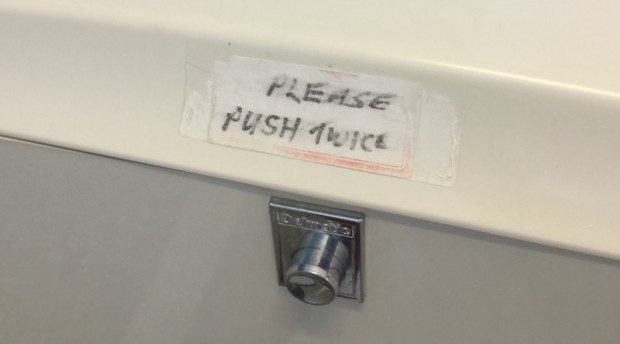 GOOD TIME MADE ON LONELY ROAD

“It’s parked at that abandoned servo on the highway where people park cars and bikes for sale”, he said. “I drive past it every morning.”

I took Friday off and rode up to Uralla. I left at 0800, because I felt like keeping gentleman’s hours. It’s a great ride after you get off the motorway and on to the Bucketts Way and Thunderbolts Way. We once made a movie about riding it.

At the top of Thunderbolts you can see the road for thousands of metres ahead in places, so you make pretty good time if you don’t see cars coming. I got there about 13:00 and booked into a cheap motel on the highway.

“Is that Dumaresq Street just down the hill there?” I asked the lady in the office.

I rode down to Dumaresq Street and inspected the bike. It looked pretty good, so we did the deal, and I rode my new bike back to the motel. I called Mick, who was in the middle of a group ride of the Oxley Highway and had stopped to drink beer at Walcha.

I walked down to Dumaresque Street and rode the Wee-Strom back. Mick turned up half an hour later with about eight other people on loud bikes. The lady in the office looked us askance. The guys looked at my new bike sternly, and a couple of them kicked the tyres.

We all went to The Brewery and drank some beer. Then we went to Mick’s place and had dinner. Beer flowed, and banter. I told Froggy that there was a sign in the bathroom of my cheap motel room that reminded me of riding with him. He called me a rude name. It was hilarious.

I left the Wee-Strom at Mick’s place and got a lift back to the motel. I skipped breakfast and left the next morning around 0700. I had to chip ice off the seat.

There’s a light on the DL-1000’s dash that comes on when ambient is below five centigrade to remind you there might be ice on the road. It was right. There was ice on Thunderbolts Way. The light went off after an hour or so.

The knobby tyres and the bags gave the DL-1000 a speed wobble around 130. I had a slow ride down Thunderbolts, but the scenery is spectacular. I’d never noticed it before.

“No shit?” he said. “I used to live there. Whereabouts in Uralla?”

“Dumaresq Street”, I told him.