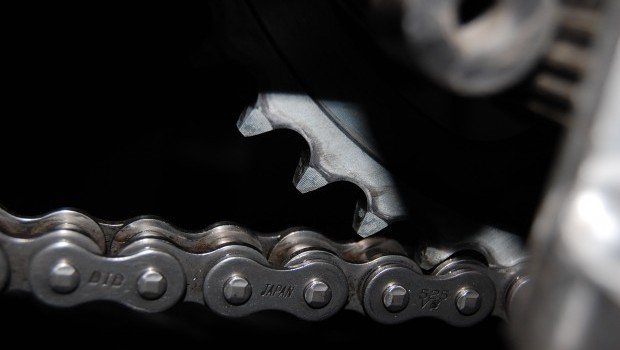 GET OFF MY LAWN

I was in a bad mood when I got back from the spray wash. Some guy on a bicycle got in my way. Cyclists are crap. Stupid shaven-legged lycra-wrapped retards that want to take a slow under-powered under-braked child’s toy out on the Pacific Highway and stuff up the traffic.

I figured I’d better lube the drive chain on the bike after spraying it with soapy water at the spray wash. That put me in a second bad mood. Drive chains are crap, too. I have to sit there and paint kerosene on it with a brush and then wipe it clean with a rag and then wipe it with ninety weight which then flings off and all over the wheel the next time I ride it, just so the manufacturer can put an extra few percent in their rear wheel horsepower figures. I mean, even if you could launch like a professional drag racer, you’d be a few hundredths of a second off at the end of the track if you had shaft drive. As if that’s going to make a difference anywhere you ride your street bike. All motorcycles should have shaft drive. They are low maintenance and last pretty well forever, unless they are attached to a BMW, in which case they apparently explode like an M67 when the dealers run out of the parts to fix them.

While I was there I figured I’d better clean and lube the chain on my other motorcycle too, so I did that. That put me in a third bad mood. Then I had to wipe all the kerosene and oil off the garage floor. We were up to four by then.

While I had the KLR out I checked the static sag on the suspension. I had changed the progressive fork springs for straight-wound ones the previous weekend, and I took a bit of a guess on the preload spacer length. Which reminded me that progressive springs are crap. Telescopic forks are crap, too. They’re just stupid. They go all weird when you get on the brakes, and they get stiction, and they change the steering geometry, and they twist the frame. All dirt bikes should have Hossack front ends, and road bikes should have Hossack or those Parker RADD things.

The static sag was okay, so I went upstairs for a refreshing beverage. My wife and daughter were watching Avatar on DVD. Most movies lately are crap, too. Movies should have nazis and M1s, or mysterious fat men and prostitutes with hearts of gold, or guys in zoot suits and fedoras with pistols, not stupid blue hippy aliens. I could feel a fifth bad mood coming on.

There was some Laphroaig, but I decided it was crap. I wanted whisky, not an ashtray dumped in a working harbour. There was some Maker’s Mark, but I decided it was crap, too. It’s too damned sweet. The bloody yanks just fill everything up with corn syrup in the hope that they will become morbidly obese and Boris will stop bench-pressing them to win bets.

I walked up to the liquor store to buy some Jamesons. It was shut. There was a notice on the door saying opening hours were different over the Christmas break, and it closed an hour ago and would open again in two days.

Don’t get me started on religion.