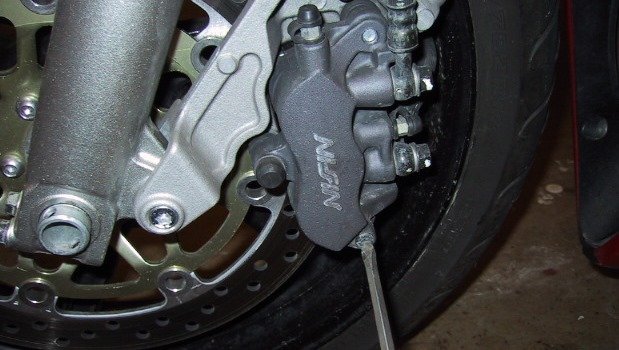 I finished replacing the brake pads on my bike, locked my basement garage, and got in the elevator to go up to my apartment and clean my hands. I have this great hand cleaner that smells of limes, and has sand in it. The elevator stopped at ground level, and a guy and his wife and kid got in. He started breathing heavily straight away, and pointed at my shirt, which had “Infidel” written on it in English and Arabic.

“Do you know what this means?” he asked.

He huffed a bit, and a vein stood out in his forehead. His wife looked embarrassed. The little girl, who was maybe three or four, covered her face. Get used to it, girl.

They got out two floors below mine. In silence. “Where’s the courtesy, bacon-dodging teetotallers?” I thought.

I cleaned my hands, and told my daughter I met a Muslim in the elevator. “What happened?” she asked.

“He said I was against God”, I told her.

Somehow, she knew she was in for a lecture on religion, so she put in a request. “Tell me the story of Crazy Abe again”, she said.

So I poured myself an Irish whiskey over ice, and told her about when Abe, at the age of ninety, got caught hacking the skin off the end of his johnson, and when challenged for an explanation said that the voices in his head told him to do it and it would make the family mighty. Anyone in a similar situation who was not an ignorant superstitious Middle Eastern savage, I told her, would have said said “Maybe it’s time we put him in a home. I mean, he’s ninety, and he’s getting weirder all the time. Remember that time when he took poor Ike up the mountain and tied him up and was going to gut him like a trout because the voices told him to? And then untied him because the voices changed their minds? Poor Ike’s never been the same since.”

But, I told her, they WERE ignorant superstitious Middle Eastern savages, and so they said “Family will be mighty, eh? And all we have to do is cut the end off the old feller? Sounds logical, and it would be a sleek and streamlined look. We could have a party, and make a ceremony of it. After, we could dance, and have honeycakes, and maybe a glass of wine.”

“I love your scripture lessons”, she told me.

“We haven’t finished yet”, I told her. “Three of the great religions of history trace their origins to Crazy Abe. What are the three main Abrahamic religions?”

“Judaism, Christianity and Islam”, she replied.

“That’ll do, girl child”, I said. “And bonus points for naming them in chronological order.”

Religious instruction is best delivered in short doses. The Catholics are aware of this, and while they are in my opinion doctrinally unsound, to their credit their masses never exceed an hour in length. More importantly, I was itching to test-ride my motorcycle.

So, I garbed myself, and mounted it, and set off with hope in my heart and lime on my hands. I put it along the McCarrs Creek Road, looped up to the Mona Vale Road, and stopped at the Terry Hills Hotel. The brakes had bedded in nicely. I bought a beer and picked a spot in the beer garden where I could keep an eye on my bike.

An old guy with a stick came up and asked me how I liked the V4. I told him it was sweet. Another bloke came up and asked if his father was bothering me. “This is your father?” I asked him. “You shouldn’t be so rude. One day he will be gone. I still remember the last words my own father said to me.”

“I’m sorry”, he apologised. “And if I may ask, what were your father’s last words?”

He stared at me for a minute. Then he said “Come on, Dad. I think it’s time we left.”

I felt bad. “Don’t be like that”, I told him. “I was joking. If it makes you feel any better, I never knew my father.”

“Don’t be”, I said. “My brother Ben and I were suckled by a she-wolf. Her milk was sour, but she had eight tits, and we never went hungry.”