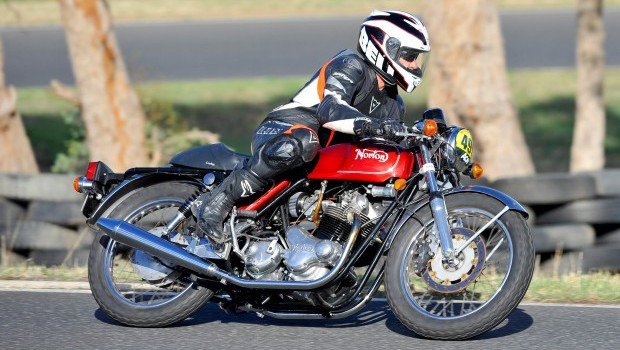 CONFESSIONS OF A NORTON OWNER 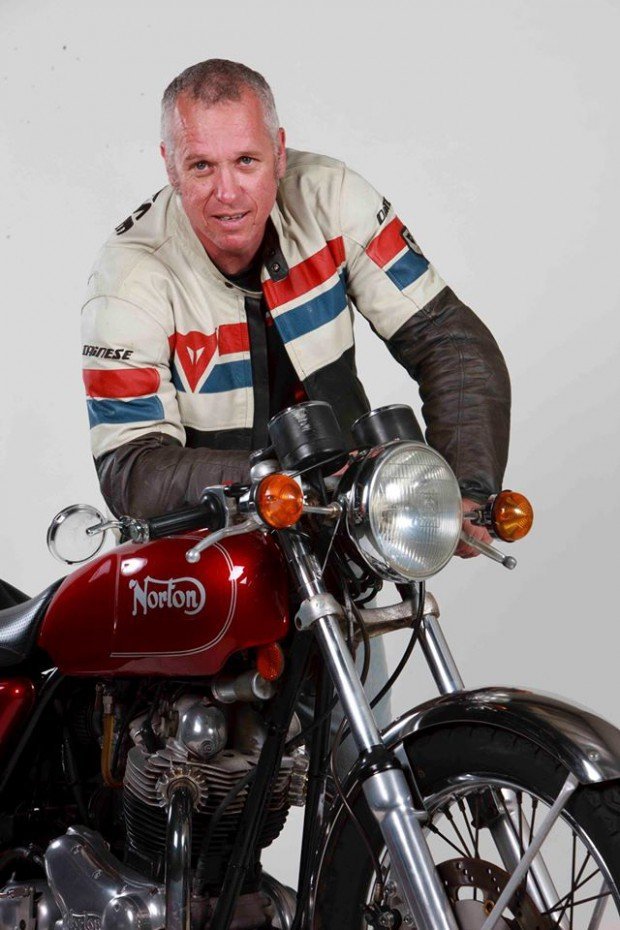 This is Greg, He knows things.

I ride a Norton.

So it follows a goodly percentage of you is incredulously wondering, ‘Why the flippin’ hell would you say that out loud?’ About another third is nodding approvingly and the remainder (who have not had much to do with Nortons and probably have no plans to do so), is wondering why everyone else is so diversely animated.

Almost always that’s how it comes out when I make that confession.

Oh yeah, and in amongst that lot there is an unruly gathering who are laughing so much, they have very real chance of sopping their jodphurs if things don’t presently settle. A little rude of them, but I’ll still acknowledge their rudeness. 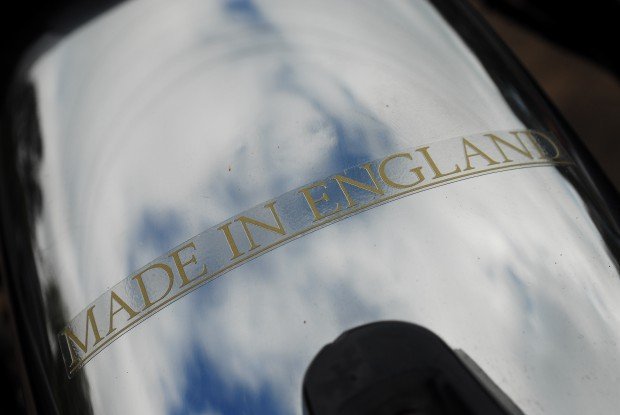 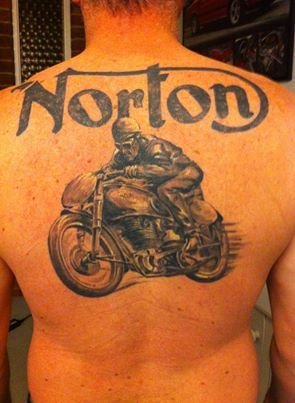 Yes, you have to get one. Greg did.

We know that when we set off on a group ride, there’s only a 60 per cent chance we’ll get to wherever we are going. It doesn’t matter if the destination happens to be the local 7-11 or Broome. It’s like a law of physics. Don’t bother trying to figure the damned thing out.  It’s about 60 per cent. There ain’t an abacus for that shit, alright?

We know that we must spend stupid amounts of money trying to make the bloody things reliable. Because, no matter what anyone tries to tell you, a standard Commando has, at its very soul, a sadistic desire to break you. It enjoys your pain, and I swear, my 850 has actually sniggered at me. You think I’m crazy, but I heard it. Just the once. But it happened.

We know to toss the standard Lockheed disc off a pier. Tied to refrigerator and an old Chevy block. Because we really don’t want anyone to find it and try to use it. It must be done away with. Forever. For it is evil…shiver… 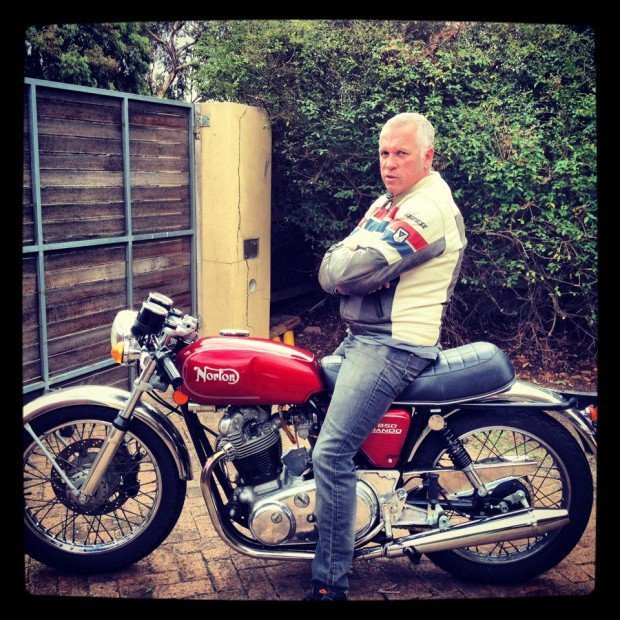 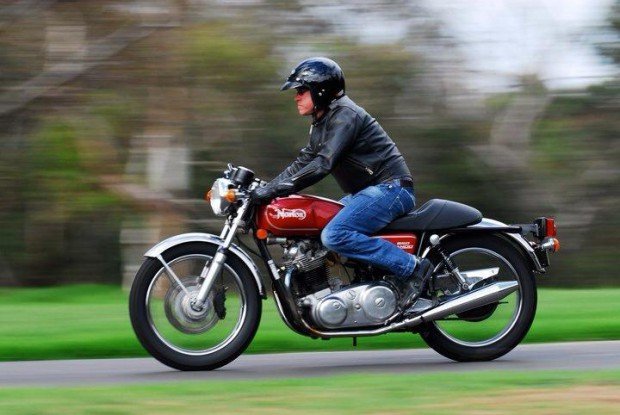 And having rested, it has moved on.

We know why this is so, and I will tell you so that you will know. The Lockheed disc front-end on a Commando could not actually ever work. The bore-size at the master cylinder in relation to the caliper was totally incorrect; like mathematically up-to-shit from Day One. Apparently, Cyril at the Norton Villiers factory, who thought it out between his smoking Woodbine and cold bacon sarney, made a ‘mistake with pencil’. Oh well. You’ll recall that in the late ’60s the Great British Manufacturing Lion was an old circus mange-bag, barely capable of licking its unevenly spaced testicles, let alone taking on the yellow hordes at the lathe.

So, a Norton Commando. Why would you? As a Norton owner I know the answer to that, too.

Because Norton Commando riders get laid. Often and well.

Because a well-sorted 850, with progressive springs, a good set of Konis and properly adjusted isolastics handles like a Ducati Panigale. Because the sound of a well-fettled Commando on full noise is a sound other-worldly. Because knee-down on a rearset and clip-on equipped Commando is like having a piss. It’ll hold that line, you can blat the crapper outta it just on apex and there is no way in the world it is gonna toss you. Never, ever. 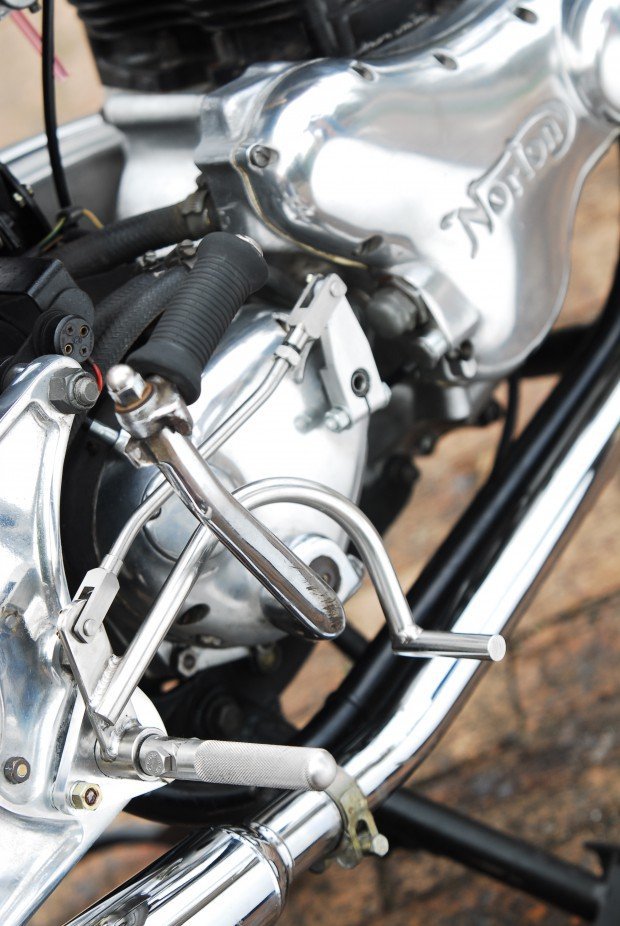 Did I mention the bit about getting laid?

Now, the old story is you are never wet or cold when you ride a Norton. I like to think that’s because Charlotte Rampling, when she was, well a Charlotte worth Rampling, has you on a nice bear skin rug in her London penthouse, gently lowering the shoulder strap on her fulsomely-occupied blousery. The real truth is because you are either covered in oil or pushing the bloody thing, but let’s not bog down in who shot who shall we?

Yes. I ride a Norton. There you go again, the same percentages. And I hope they never change. 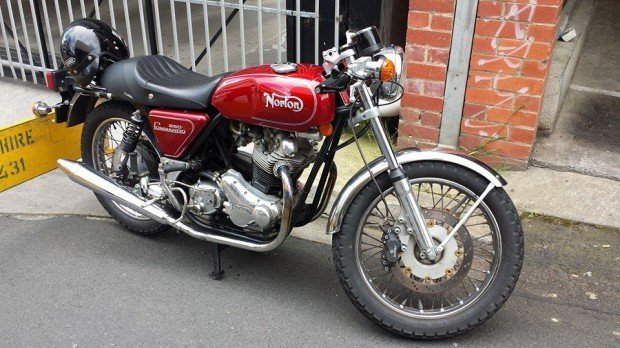