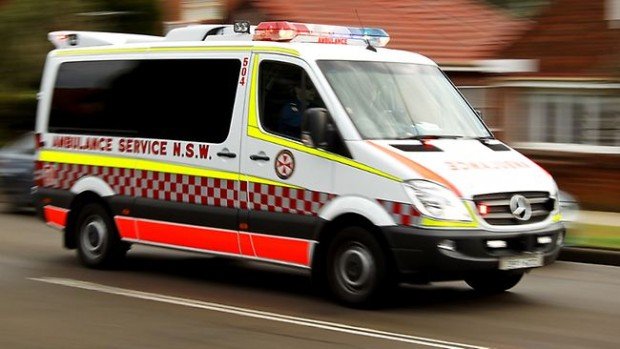 I had to visit the doctor this morning. It usually involves a fair bit of waiting, so I took the Kindle and dug a bit deeper into Stephen Hawking’s A Briefer History of Time.

The good doctor diagnosed me (correctly) as needing drugs. He wrote me a prescription for them. Then, I got on my bike to ride to work.

Five minutes later, I was stopped at a red traffic light at an intersection, with my hands off the handlebars. I saw the light facing the road crossing my path go amber.

I didn’t do anything, because I was watching an ambulance turn on to the road crossing my path. It was bright white in colour. Its siren was running. Its headlights were on high beam, and flashing. It had a red light and a blue light on its roof, and they were flashing, too. It had an orange fluorescent stripe about 40cm high painted along the bottom of its body. Above that, it had a red and white checkerboard fluorescent pattern painted, and above that it had a yellow fluorescent stripe.

The light facing me went green. I stayed seated on my bike, with my hands off the handlebars.

The car next to me proceeded into the intersection.

It made me remember that last year a country policeman, Sergeant Bill Gore of the Wangaratta Highway Patrol, started pushing for the law to be changed to compel all motorcycle riders to wear fluorescent clothing. He is quoted on news.com.au as saying “I would encourage motorcyclist (sic) to wear as much high-visibility gear as they could. I wear it myself, and if it can be done, that should be the choice.”

Sergeant Gore’s intellectual ability may well be judged by the fact that the culmination of a thirty five year career in the police force sees him harassing road users over petty speeding offences in a provincial town. While he is obviously no Stephen Hawking, how can he possibly not see WHY road users don’t try to murder him in the course of his duties the same way my ivory skulled fellow road user tried to murder an ambulance driver this morning?

It is because he carries a fifteen shot Smith and Wesson M&P40 automatic pistol, a spare full magazine, an ASP 21 inch telescopic baton and a can of pepper spray.

Anyone less feeble-minded than Sergeant Gore has by now probably worked out that if a bright white paint job, a siren, four shades of fluorescence, flashing high beams and flashing red and blue lights aren’t going to stop the kind of culpable stupidity I witnessed on the road this morning, we don’t need compulsory fluorescent vest laws.