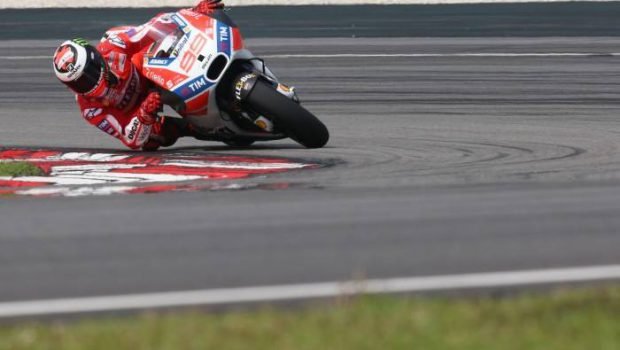 “You can’t stay locked in the toilet indefinetivo”

You can’t stay locked in the toilet indefinetivo.

Ninth is not so bad. Sure, Bautista is faster, but we think that’s because his crew chief is a voodoo priest.

Yes, I know we said we’d make Casey stay at the hotel, but he got bored so he came down to cut some laps. We did tell him to take it easy. I even poured some full-cream milk into his coffee.

No, I don’t know why he said you were riding like a “wanker”. I am not sure what that world means. But he could be comparing you to a great Australian motorcycle champion.

Look on the bright side. The press is now calling you “The Spartan”, which is a name I know you like. It sure is better than Red Mamba, and Hammer and Butter never translates well, even though it is your favourite.

I will have a think about your red-cape proposal. But there’s no way Dorna is going to allow you to walk around the pits in your underpants holding a spear with Rossi’s name written on it.

Now seriously, you have to come out of the toilet. We have a plane to catch. We’re going to Phillip Island next, remember? Yes, the place with the seagulls. It’s alright, relax. They’ve all been chased away.