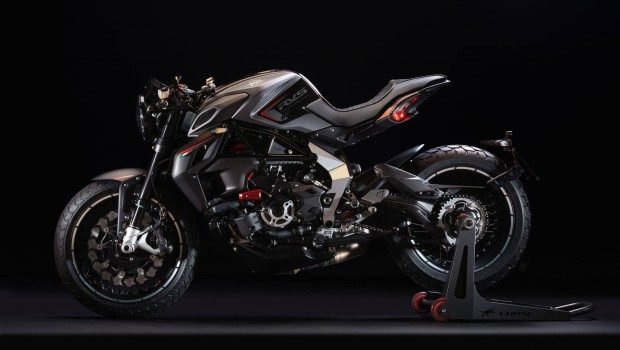 In Xanadu did Kubla Khan

Where Alph, the sacred river, ran

Through caverns measureless to man

Down to a sunless sea. 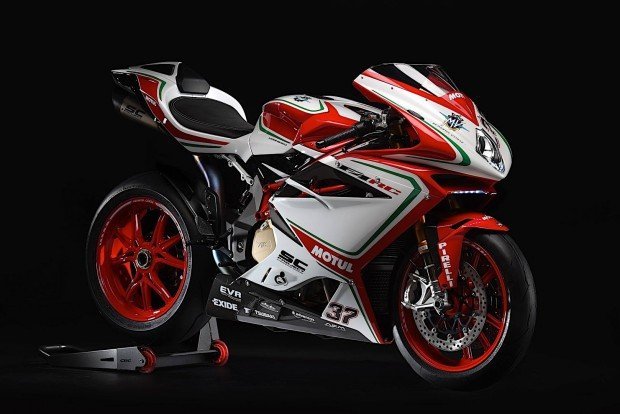 By any objective measure, this is beautiful.

The caverns were not measureless, there was no sacred river called Alph, and Parramatta will never look like a sunless sea. But the flagship MV Agusta dealer on James Ruse Drive is certainly my kind of pleasure dome.

The night was a Thankyou from the Australian MV importer, Urban Moto Imports (UMI), to its steadily broadening MV customer base – each one of whom is as one-eyed about the marque as I am.

But I have been a little crazy about MVs for a long time. It’s not something I need to apologise for or justify. I’m not that kind of motorcyclist. Each and every bike I have ever bought was a heart rather than a head decision. Each bike I have ever coveted with a breathless lust, I coveted with a breathless lust devoid of any reason or logic. If it ticked my “Gotta Have It Shut-Up And Take My Money” box, then that was the perfect motorcycle. 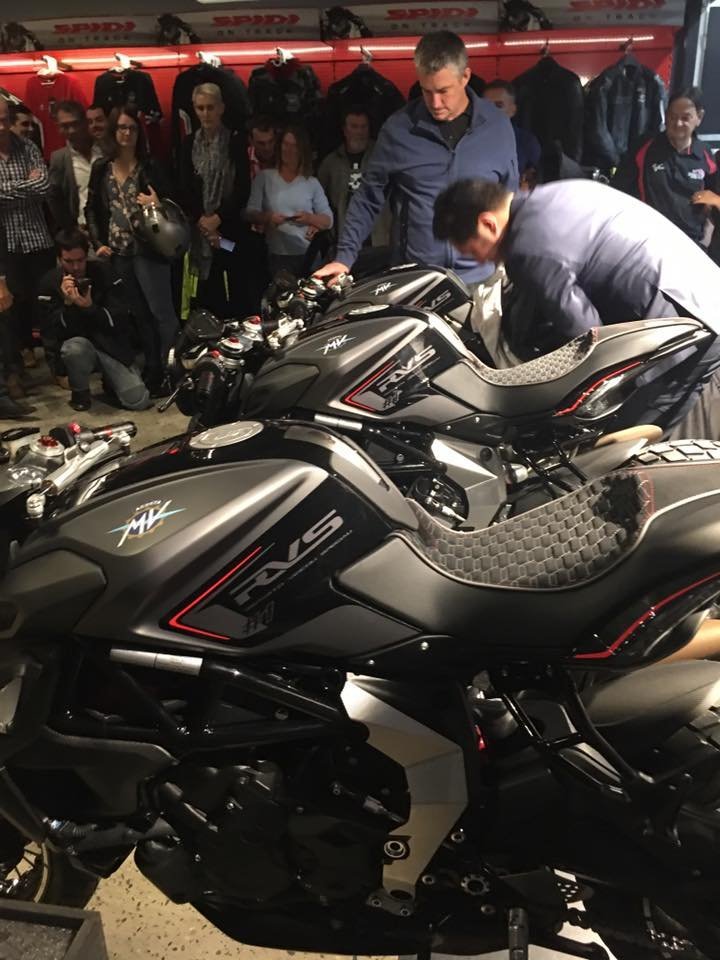 David unveils Number Three in a series of four RVS#1s.

MV Agustas tick that box so hard it tears the paper and breaks the pencil.

So yeah. When I’m generously invited to come and hang out with like-minded people for an evening of unbridled MV adoration, I’m there.

On this evening a few special things happened.

Five customers were picking up their new bikes.

Four were being handed the keys to their RVS #1s, and one was seeing the covers come off his Lewis Hamilton F4 (Number 3 of 44 built). 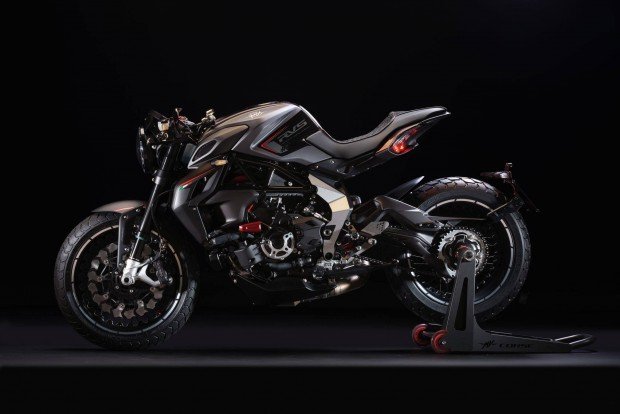 You could spend days looking at the RVS#1 and still not see it all. The attention to detail is other-worldly. 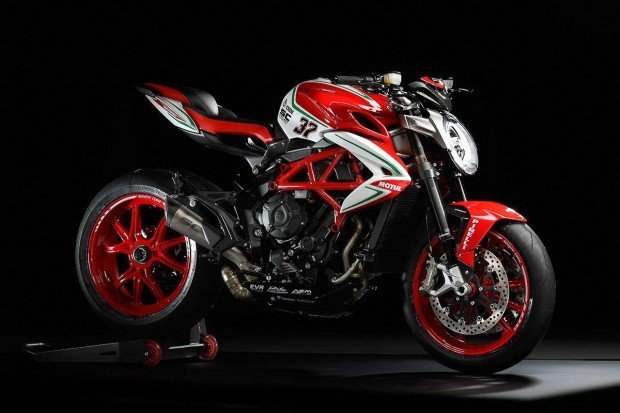 Pile the panties over there, ladies. Remain calm Do not tear at your hair. 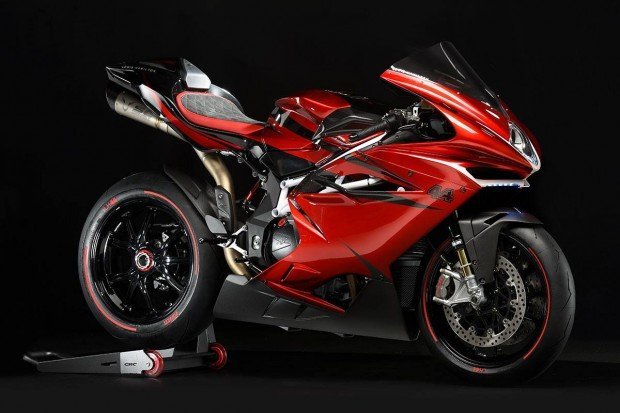 This is the big end of town. Utterly true to Massimo Tamburini’s immortal original design. 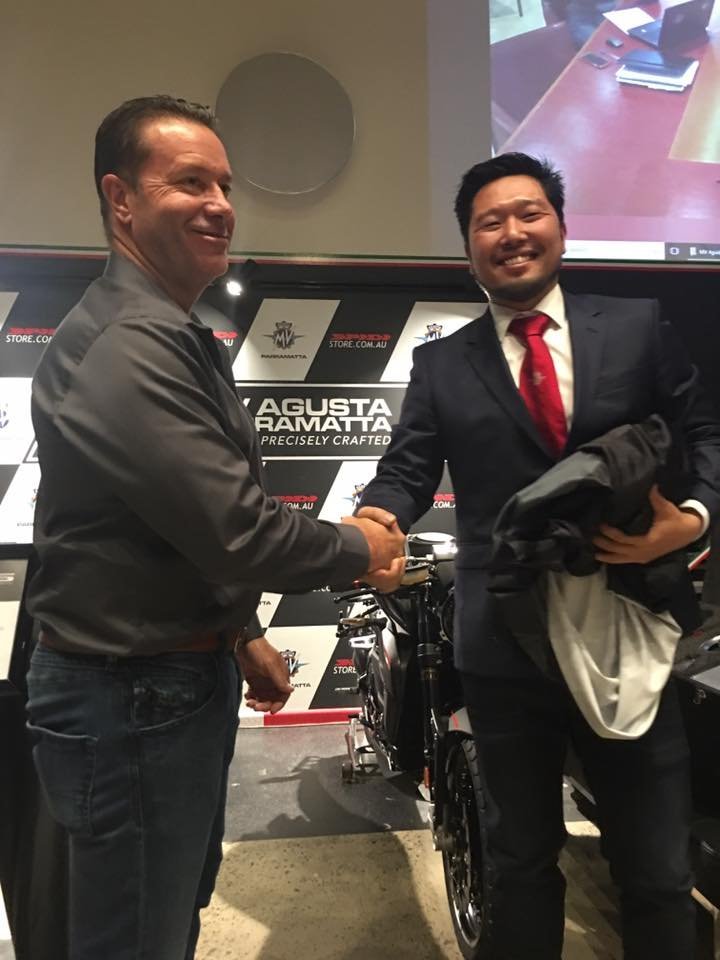 So in case you don’t know, the RVS#1 is a bike produced by MV and comes from its collaboration with CRC (Centro Ricerche Castiglioni). RSV stands for Reparto Veicoli Speciali (Special Vehicles Department), and #1 means it’s the first in a series. Think AMG and its link with Mercedes-Benz.

The Lewis Hamilton F4 is on another level altogether (this is a $90K-plus bike), but from what I head that night, is now only the tip of the MV Agusta iceberg.

And this is where MV Agusta is heading.

Already an up-market aspirational brand, it’s moving even further in that direction. 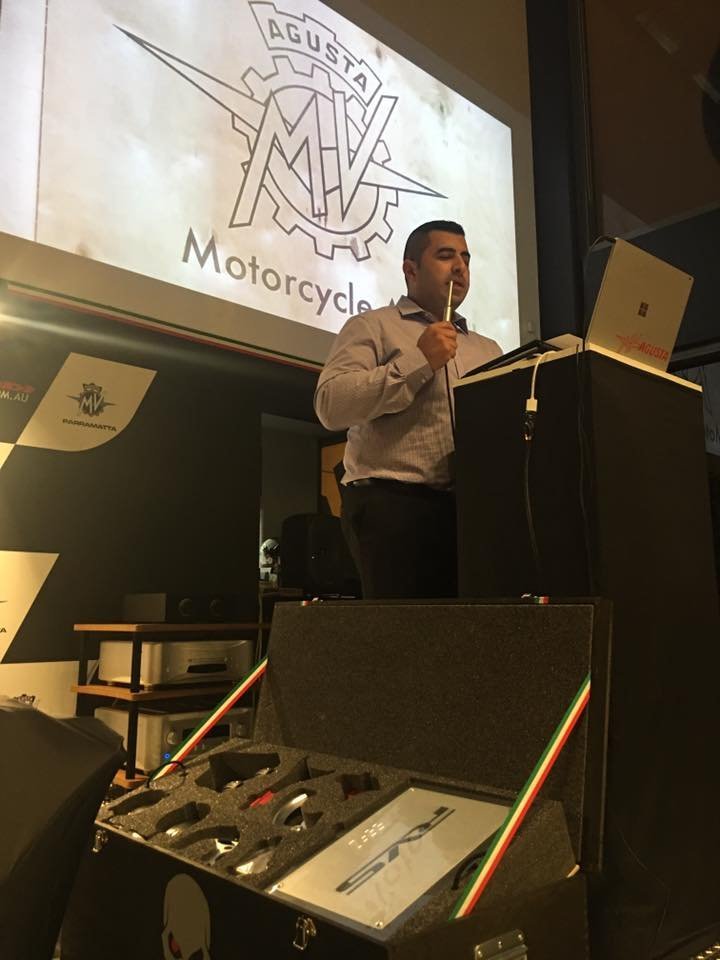 Big Al, from UMI, speaks to the pilgrims above a chest full of extra sexy RVS goodies that come with each bike. 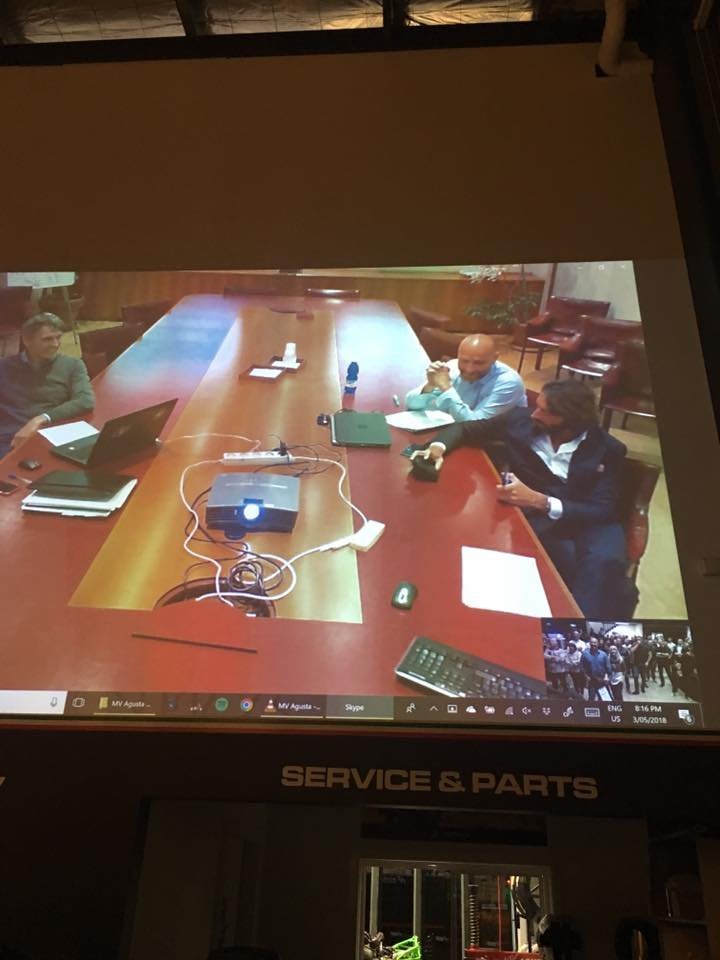 Giovanni Castiglioni, son of Claudio and CEO of MV Agusta, is on the far right via live video link from Varese.

“The plan is to design revolutionary bikes.” These were the words of CEO Giovani Castiglioni, who joined us via a live video link from the factory in Varese. Which was pretty cool.

Giovanni spoke at length about how MV Agusta is positioning itself in what is probably the most challenging motorcycle market ever seen.

He acknowledged the reliability issues MVs have had and assured the assembled cognoscenti these would become a thing of the past. There were new engines coming. New parts made from exotic materials, and new algorithms to drive them via ever more sophisticated on-board computers. The forthcoming models have already halved their emissions while retaining all their horsepower – no small thing in a pollution-obsessed Europe. 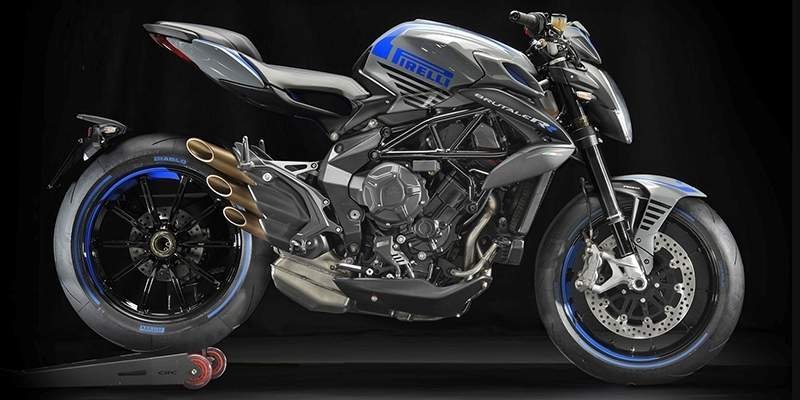 MV is in partnership with Pirelli and builds things like this because this is what wonderful crazy people do. 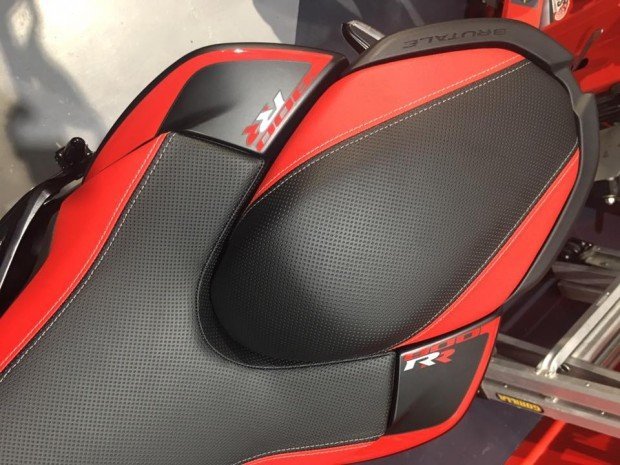 The Brutale 800RRs seat. Yes, they will glue themselves to it like limpets. 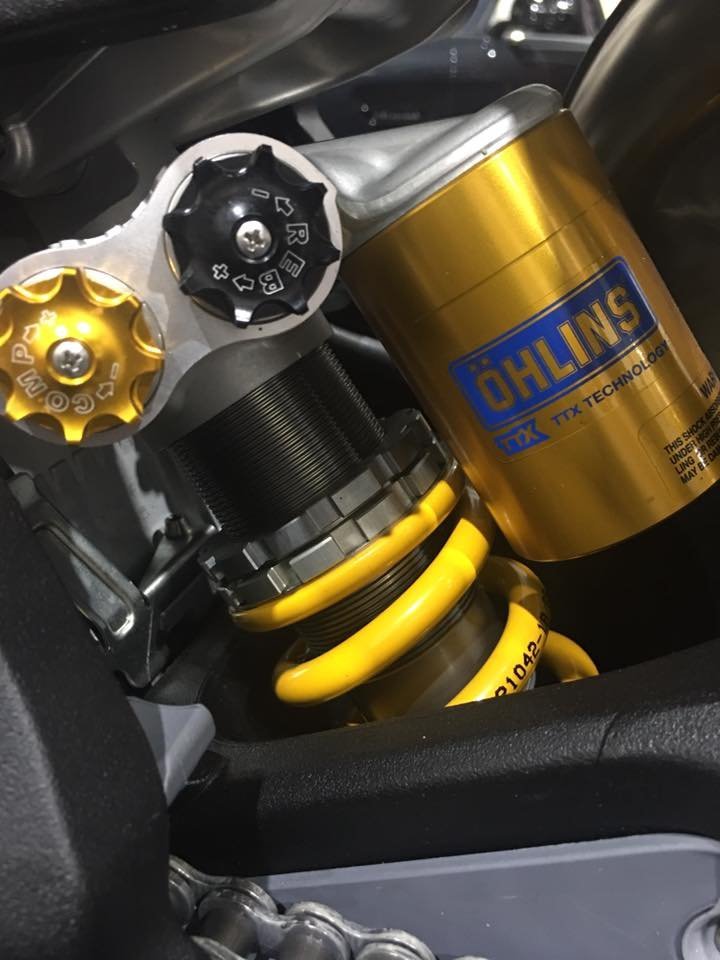 Giovanni then teased us mercilessly.

There is a new hypernaked coming this November. It will have 220 horses and it will be made from rare metals mined on the moons of Jupiter. Yes, I made that second bit up. Shut up. But the 220-horsie bit is what was promised.

Also promised was a WSBK-spec F4CC with a headlight, mirrors and blinkers…and a tent in my underpants – and I’m not making that up.

All the new MVs now come with a three-year unlimited kilometre warranty and three years of roadside assist, so UMI is taking its premium brand very seriously. It understands and caters to its demographic very well.

I spoke to one of the blokes who bought one of the RVS#1s. He owns a few MVs, and he admits he’s not much of a rider, and probably won’t ride his new MV much at all. Or he may buy another one just like it, and ride that, while he puts the other one on a carved crystal pedestal and toasts it with 200-year-old single malt.

I get that. I really do get that. If I had the means I would do exactly the same thing.

I decided this the first time I rode the insanely howling Senna 750.

“I need to buy three of them,” I’d wheezed at Brother Silverback the evening we took one up the Putty Road to hear it sing out of its Arrows race system.

“One to ride, one to set in glass and look at with no pants on, and one to take to the racetrack.”

“You should get four,” Brother Silverback had observed. “I’ve seen you ride. That racetrack one is going to need spares.” 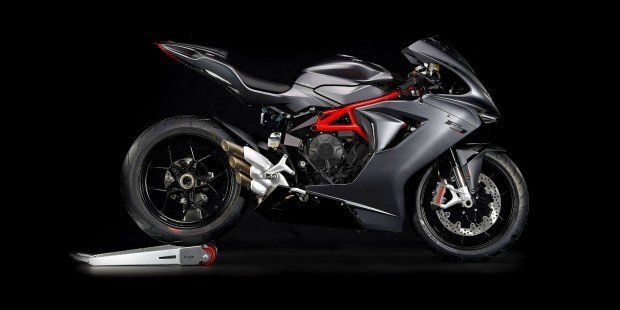 The sexiest profile in the business. 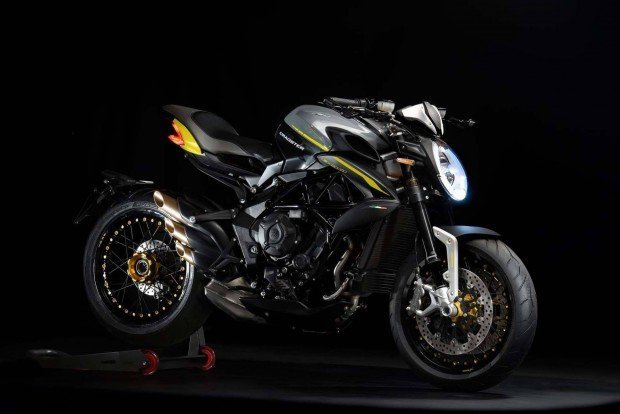 It made perfect sense.

And it made perfect sense because MV Agustas are made for men like me. Irrational men. Men who will buy beautiful things because they are beautiful and thus a pleasure to behold and to own. Men who don’t care that others don’t understand their illogical passion for such motorcycles. Men who hold in contempt the pointless mewlings of press-rats who try and provide an objective view of a motorcycle because they don’t understand that true motorcyclists do not have objective views of motorcycles. True motorcyclists are fanatics and zealots and lunatics. They buy bikes because they like the way its rear-end looks, or the way its sculpted tank catches the light, or the sound it makes when its being savagely downshifted into second, or its profile, or its paintjob, or just because.

Do these men care that Brand A might be two-tenths quicker around a track than Brand B in the hands of a racer?

Not even remotely. I have never once bought a bike on that basis. I know of no-one who has.

For me, bikes are an illogical, irresistible and all-consuming passion.

And I hope they keep making and buying them forever.