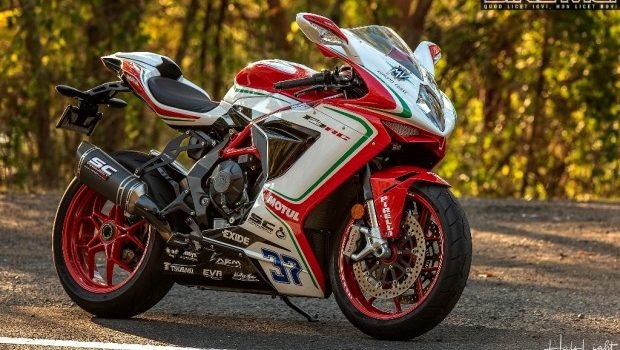 IMAGES BY NICK ‘NO, I DO NOT HAVE A LENS THAT MAKES YOU LOOK LIKE ROSSI’ EDARDS / HALF LIGHT PHOTOGRAPHIC 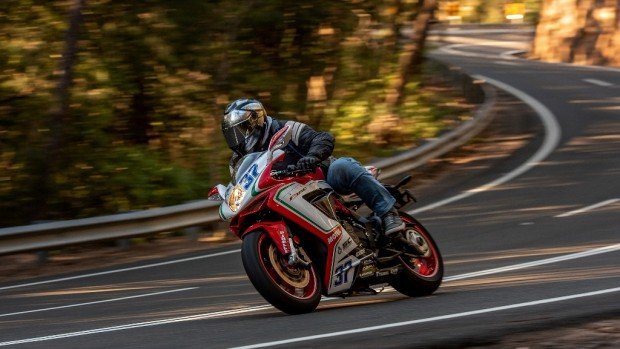 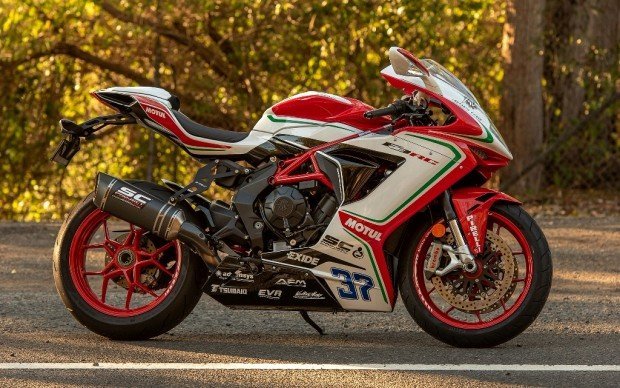 The most captivating profile in motorcycling.

No-one builds sexier motorcycles than MV Agusta. What Massimo Tamburini created all those years ago has stood the test of time and still shames other brands in terms of sheer aesthetic delight.

And there is not a more aesthetically divine Supersport on this earth than the F3 675RC. Nor is there one more closely aligned to an exotic race bike.

I have been fortunate enough to have ridden a broad and wondrous selection of MVs – from the first satin black Senna 750 (then the fastest 750 on earth) to the more recent king-daddy of MV heap, the limited edition F4RC. 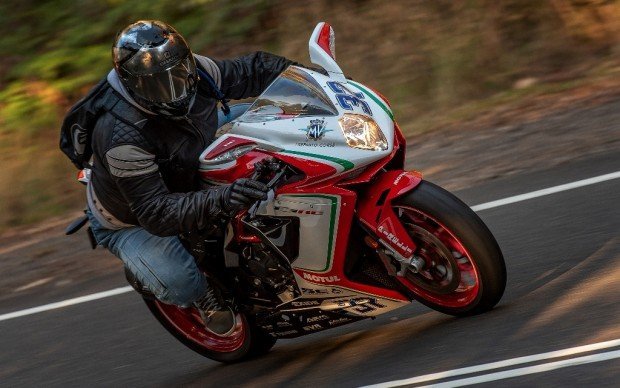 Consider yourselves fortunate I left my pants on.

They make me crazy. I’m a fan. I love them for their sheer uncompromising specialness. I stare at them like a retard. I drink in their visual…well, purity, I guess, like a thirsty swine.

I have observed that throwing a leg over one, thumbing its starter and hearing that vicious, splendid, and darkly angry engine hack into life, is a sense of occasion like no other. Maybe chucking a sex-leash around a Victoria’s Secret princess and letting her lead you into a Las Vegas suite could equal it. I’ll let you know if that ever happens to me. 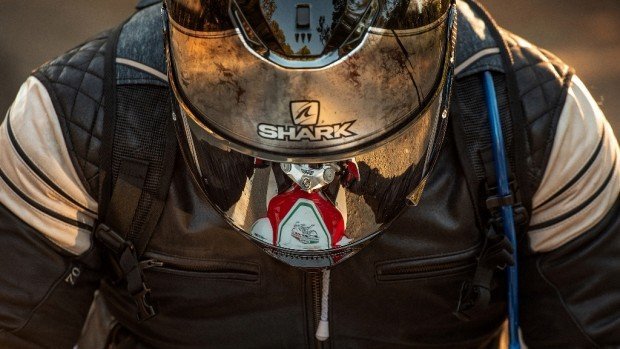 “What does this button do?”

So I am one-eyed. But I am not blind.

I am aware of the marque’s past issues (and some of its current ones) and doubters and rare disgruntled former owners will always raise these, like displeased infants.

But I doubt anyone has ridden a greater variety of MVs for the distances I have. So I know what I know about them.

So let us get that whining crap out of the way first so we can move on with Christian dignity. 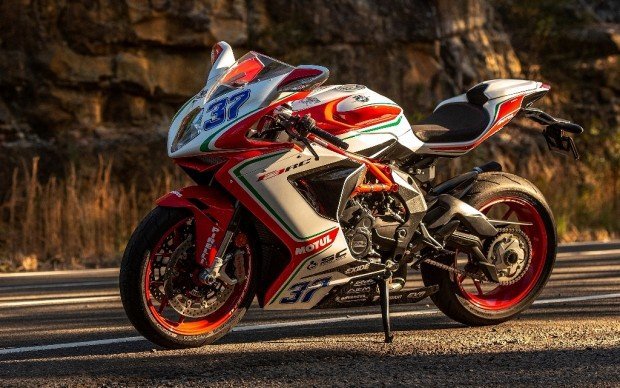 The F-series MVs are ergonomically uncompromising. Fit yourself to the riding position or piss off and buy something else. Do not be so pussified as to complain.

The position of the pegs will tear out your calves if you’re not careful paddling the bike forward. It is what it is. Wear long boots. Grow scars. Oh, and the rear-brake pedal on the 675 was pitched too far down. So I didn’t use it much.

The dash is mind-numbingly complex – both to look at and to navigate. And somewhat dated. 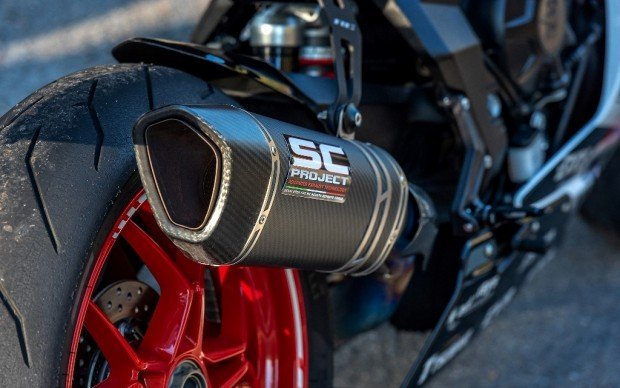 This is where the screaming comes from. Magnificent pipe. 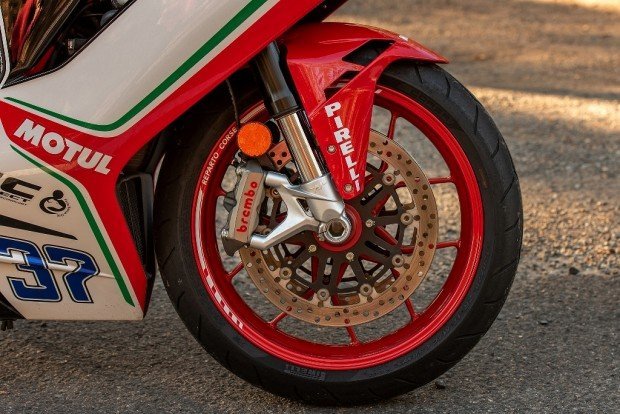 Do you need me to tell you about Brembos? No, I didn’t think so.

Yes, it’s not possible to strap luggage to it. Shut up. Send your bags on ahead.

Questionable reliability, you say? Maybe some years ago. I’ve had number plates vibrate off Brutales and blinkers stop working on Dragsters. I’ve also had electrical gremlins appear in Ducatis, BMWs, KTMs, and Aprilias. Just be grateful you didn’t buy a Benelli, OK?

But in all seriousness, the build-quality of MVs has markedly improved in recent times. The last few I rode had no issues at all. The factory is quite serious in its determination to build some of the best bikes on earth, and now offers a three-year warranty on all its bikes and roadside assistance. 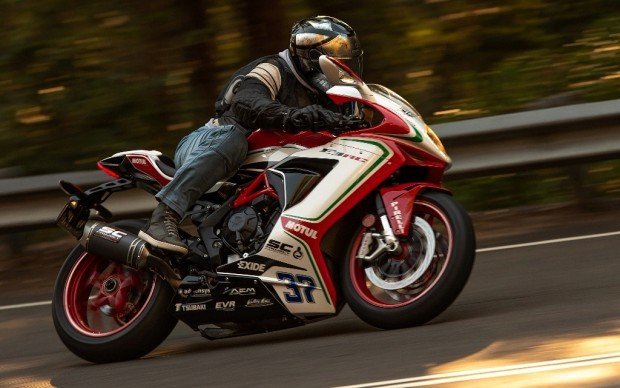 If I look this fine, imagine how fine you’d look.

So that’s all out of the way then? Good.

The F3 675RC is the smallest of the F range – and in my view, easily the one most accessible and easily-enjoyable to ride. And I’m a size-ist. I subscribe to the view there is no substitute for capacity.

It’s certainly no slouch in terms of bang. It bangs alright. It weighs a miniscule 173kg dry, delivers 128 horses and 71Nm of torque at 10,900. Trust me, you’ll not give the sparkliest of stools about the cruel pegs or dizzying dash when you kick it in the cherries. 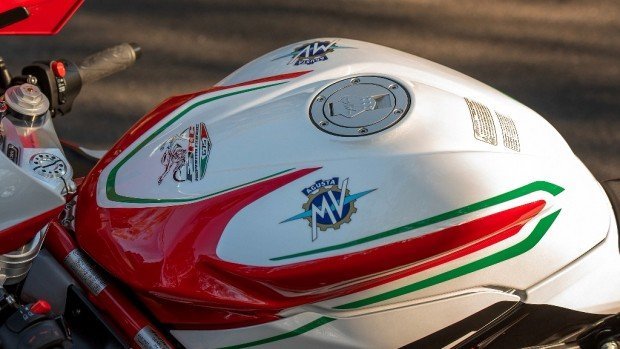 This is the precision you should apply your make-up with, ladies. 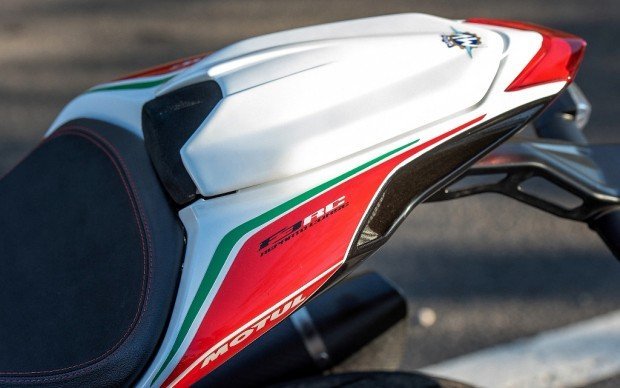 Still one of the best bums in the business.

I would also like to point out it has a counter-rotating camshaft. Just like MotoGP bikes. This is a great and good thing. Have no doubt. The bike is much more stable in corners, among other things. But that’s pretty important.

The compact engine boasts a 79mm bore and ultra-short 45.9mm stroke. It redlines at 15,000rpm. And it sounds like nothing else on earth doing getting there. Quick-shift a gear, a small explosion occurs. Twist more revs into its guts and it surges ahead, not with the manic death-lust of the F4, but very like its 800 sibling – it’s just revving harder. And therefore sounding sweeter. 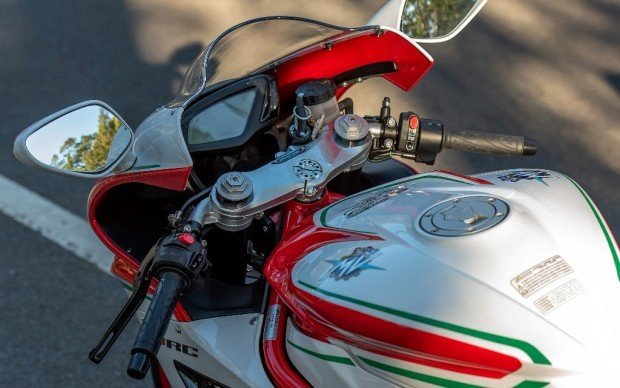 No, you can’t see much out of the mirrors. Which will allow you to plead ignorance of police pursuit in court.

Each time I rode it I could see jail. I could also see God. Sometimes seeing God over-rode the visions of hard time in Long Bay, and sometimes it was the other way around.

It was fabulous. The 675 was easily one of the most evocative and satisfying bikes I have ever ridden.

It’s a heady, hair-pulling combo – the standard SC-Project pipe, the quickshifter, it’s impossibly stunning appearance, its vastly improved throttle response, the supernatural way it corners…and above all and most crucially is the way it makes you feel when you’re on it and up it. 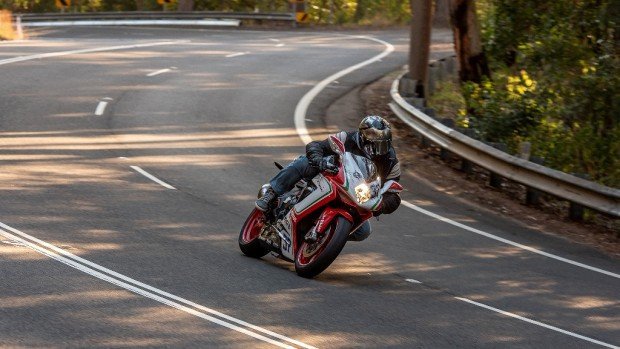 Bloody Edards must be hiding in a tree again…

The Road Gods know I’m not the fastest bloke out there. I’m am not an elegant rider, nor am I the steam off a racer’s rich wee. I have never had any pretensions in that regard. But the 675 RC made me feel like I was special, and it made me try. And when I tried, it begged me to try harder. And it rewarded me for my efforts.

This is what made it that much more gratifying to bang hard than its bigger-capacity siblings. It’s just more accessible for normal people. Or fat, middle-aged people. Or people who understand what pure motorcycling is. 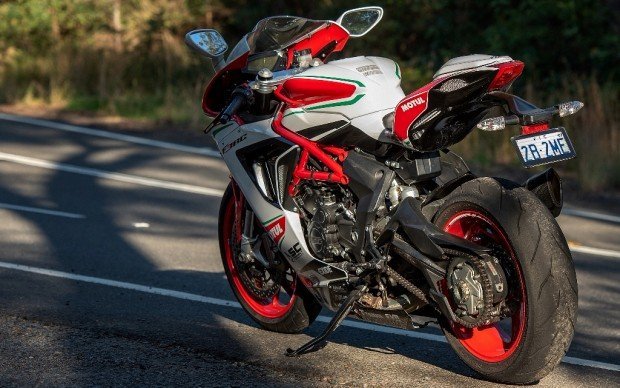 Few bikes look good from this angle. This one does.

Because I reckon the 675RC is pure motorcycling incarnate.

It shifts slick, it howls like a demon out of that magnificent SC-Project pipe, and it responds with precision and confidence. There were times when I will swear I was riding as well and fine as I have ever ridden in this life.

Park it somewhere and watch every other motorcycle become invisible. Of course, you’d better not have even a hint of chicken-strip visible (and if you’re a player you certainly won’t), or people will laugh and point. 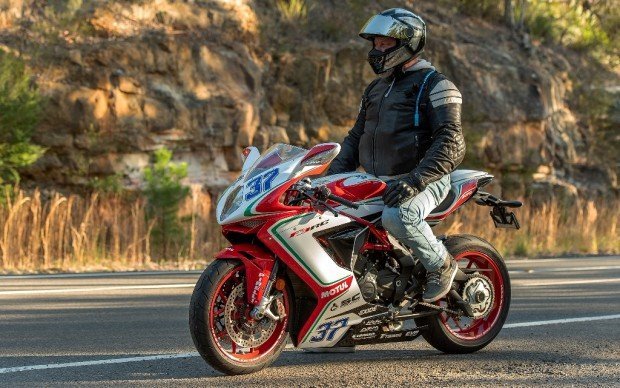 I’m just waiting for the spinal cramps to pass.

People will also laugh and point if you pull up and dismount inelegantly. So I would wait until they weren’t looking. When you’re hooking in, the ergos are perfect. When you’ve finished, they are less perfect. Some dark side of your mind (well, my mind) wonders what it would be like to tour on it. You kinda know it’d be challenging. Look at it. How masochistic are you? Hell, I’d do it anyway, but that’s me.

It commutes fine and scratches with an excellence you’d struggle to find on another bike – and if I lived in Europe where alpine passes and winding coastal roads were in my backyard, and where bars and coffee shops hosted immaculately turned-out girls who think race-stickered MVs are divine…well, there is nothing else I would buy. 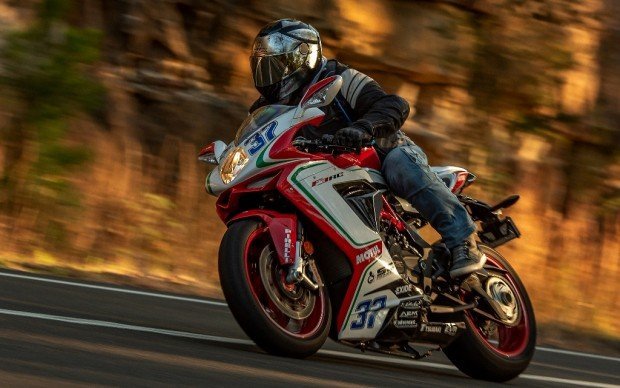 It could do with an LED headlight…and I could lose a few pounds. Oh well…

In real terms, I would adore having a 675RC in my garage. It’s a glorious motorcycle on so many important levels. Each time I rode it would be a special occasion. When I wasn’t riding it, I would stare at it in rapture. And rub my scarred calves with fondness.

The F3 675RC is certainly not for everyone. It’s only for the right people. Let’s not pretend otherwise. And I can’t tell you how right and proper that beaut little fact is.

Long may they roll.

FOR ALL THE SPECS AND MORE INFO, PLEASE GO HERE.