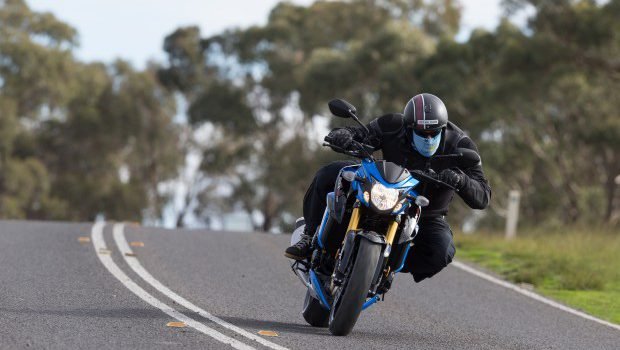 The smaller-capacity ones had no such thing going for them. So I used to look through squinted eyes at the outgoing GSR750 (pseudo Bandit) with a benign indifference. It was a bike neither fish nor fowl, did nothing amazingly well, did nothing too badly, but lacked a certain je ne sais quoi.

It was the girl who waits all night to be asked to dance at the school formal. It was a wallflower, and one of those bikes that simply failed to tickle me around the nethers, and stylistically, as I said, it was a bit of a cardigan. Actually, it was a lot of a cardigan. And some crocheted pants. 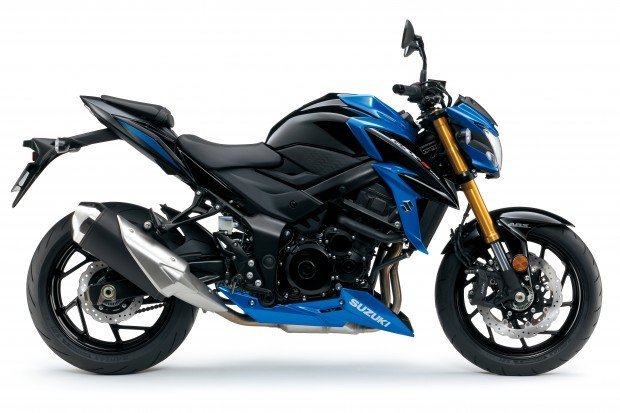 I liked the blue one very much. And seriously, how much better is this than the old one? 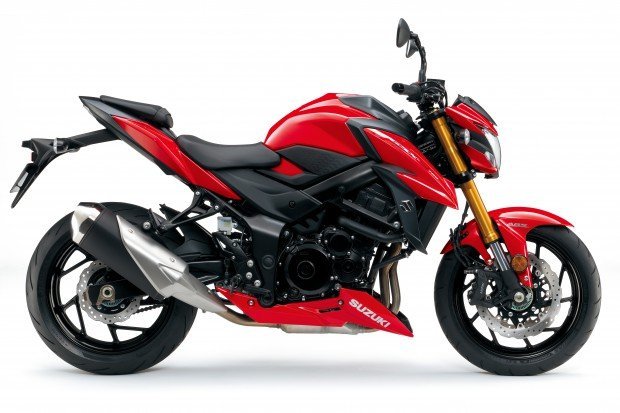 This is it in red. 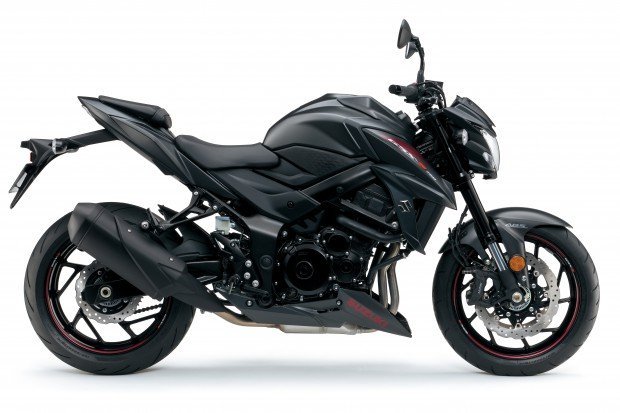 And matte black. Always have a matte black bike in your range. Always.

Suzuki still sold a few. But people who wear cardigans don’t normally have nethers worth tickling.

But there are some very non-cardigan things happening at Hamamatsu of late.

The new Gixxer is a delight, and the recent advent of superbly-priced and singularly competent GSX-S1000 was a bit of a revelation.

So how interesting is this new GSX-S750? It’s rolled into a hellishly competitive class, with not a cardigan to be seen among its rivals, so how sharp is the knife Suzuki brought to the fight?

Suzuki have also drilled some ventilation holes into the cylinder head to reduce pumping losses and produce more power at higher rpm – and that is certainly noticeable when you’re…um, applying yourself. There is definitely more punch at the top. 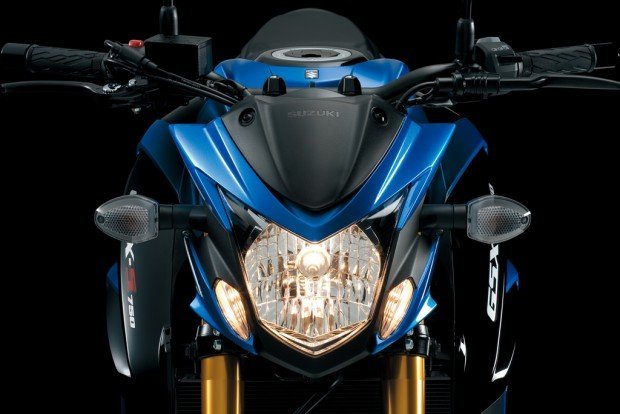 It has running lights and clear blinker lenses. I did not ride it at night, so I have no opinion on the headlight.

The airbox has a larger main inlet and two sub-inlets, so its lungs are larger, and it now makes one of the most pleasing intake noises I have ever heard. It literally wails out a classic in-line four song when you’re being enthusiastic. You can’t underestimate aural satisfaction, especially on mid-size bikes which have to do something to offset the fact they just don’t piss off down the road like those thousands.

So a lot of little things have been done – fuel-injector now has 10 holes rather than eight, we’re up a tooth on the rear sprocket (43 rather than 42), equaliser pipes have been added to the exhaust (between cylinders one and four, and cylinders three and two), obviating the need for an exhaust control valve and shedding some weight, shorter gearing in the first five cogs (the sixth remains the same ratio as the old GSR), 41mm gold-anodised USD Kayabas up the front (both front and rear are adjustable for pre-load only), petal-patterned rotors, a new tapered swingarm, the dash off the GSX-S, and some added blackness on the levers and bodywork. 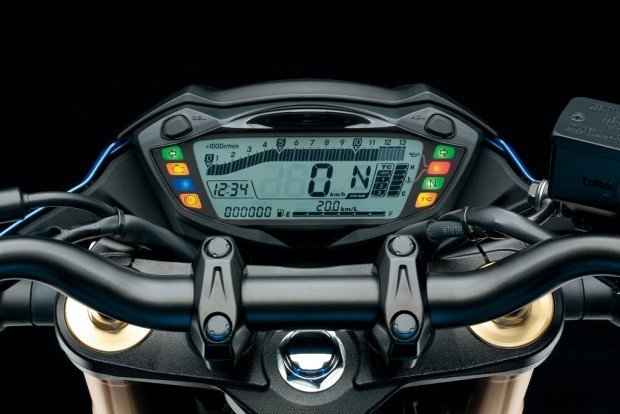 It’s a nice, tidy dash. Easy to read and not too fussy. 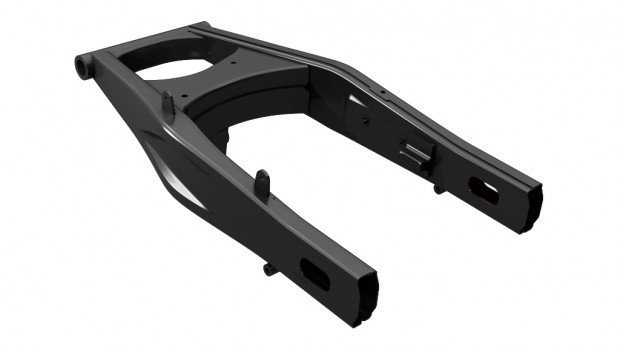 Note the tapery tapering of the new tapered swingarm.

The cake that comes out of this oven according to that recipe is much better than the cake it replaces. It’s lighter (yes, 213kg is not brilliant, but the GSXS carries it stoically), more nimble and rideable, and while the rear suspension can be unsettled when you’re pushing on a bit, the great front-end compensates for it. It’s predictable turning in and feels relatively planted, but like I said, push on harder and you wonder how much better it could be with up-spec bouncers.

But I wonder that about a lot of bikes, and it really isn’t fair.

Today’s motorcycle offerings, as a general rule, are outstanding by comparison to what we were getting not all that long ago. So when I’m reviewing them, there is always something to critique, but not always to criticise. There is a difference.

This is where I found myself with the 750. I would stand off and look at it after riding it in a spirited fashion on some terribly cold and damp roads somewhere near Geelong. 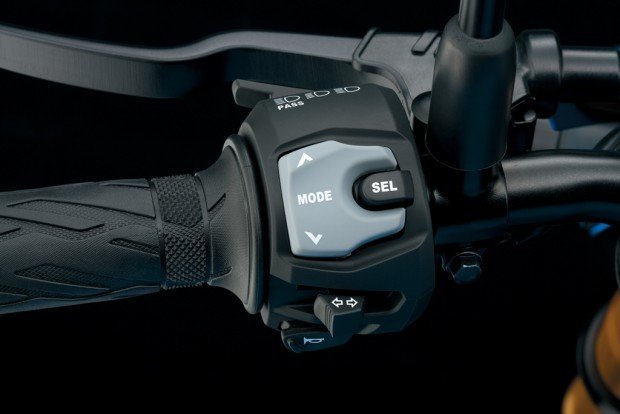 All the Japanese makers seem to do these mode-navigation menus and buttons better than the others. Suzuki’s is very easy to navigate.

It looked fine – and I very much liked the blue iteration rather than the red, and oddly more so than even the matte black variant.

It went fine and it sounded really great. Sure, the rear brake was a little timbery, but I didn’t use it all that much thanks to the excellent Nissin frontal array.

It was comfortable, it did great wheelies, the gearbox is all-Suzuki slick, it was well endowed with electronics and the finish was lovely. 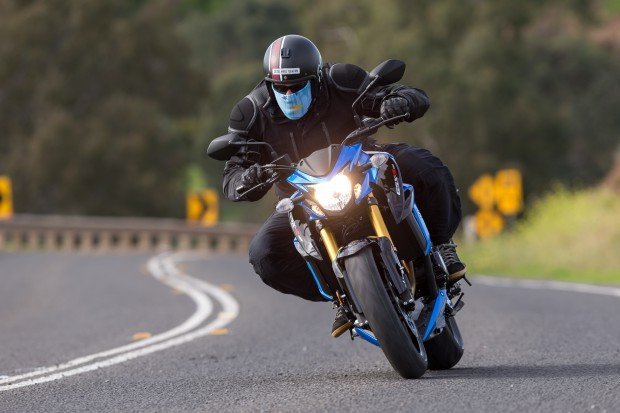 Is it boring? Not at all. There are no boring motorcycles. The imagined boredom of any bike can be instantly alleviated by twisting the black thing on the right handlebar a little further and entering that corner a little faster. Boredom be gone.

Is it bland? Nope. It’s not bland either. Nothing that sounds like the GSX-S750, runs a set of Battlax Hypersport S21 hoops as standard, has Traction Control that can be turned off, can be considered bland. So bland be gone, too.

Suzuki is hoping it will appeal to people returning to bikes after a time away, or kids just off their LAM bike who don’t feel quite ready to try for a podium on a GSXR.

I reckon it’s probably right in that regard.