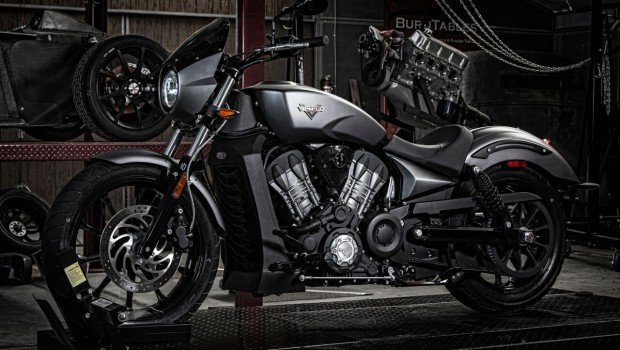 When I first attended the unveiling of the Octane some months ago, I was, hand on my heart, underwhelmed.

I had seen Victory’s Project 156 hurtle up Pike’s Peak and I had seen Urs Erbacher’s concept bike.

This low, slim-hipped, matte grey jigger didn’t look anything like those two. In fact, it looked a lot like an Indian Scout. 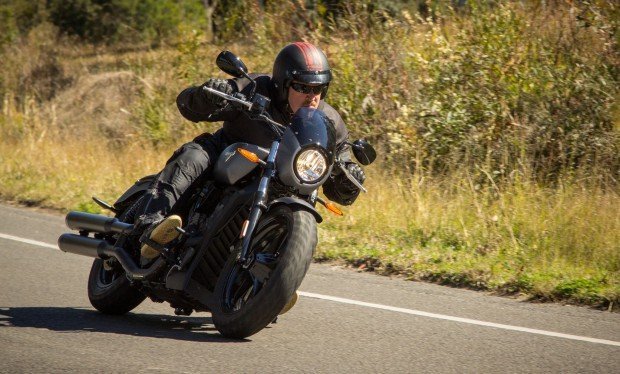 I’m not training for Pike’s Peak. Seriously. I’m so not. 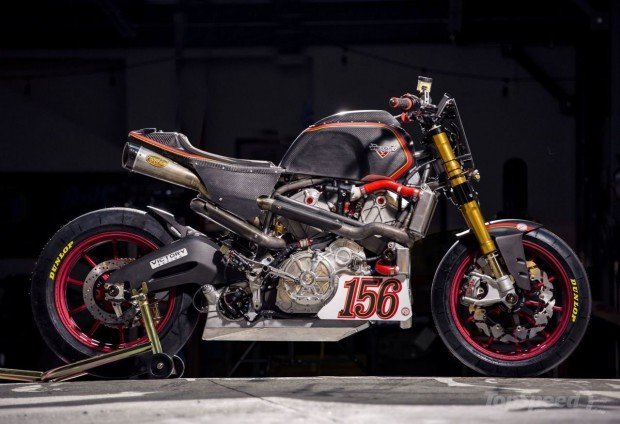 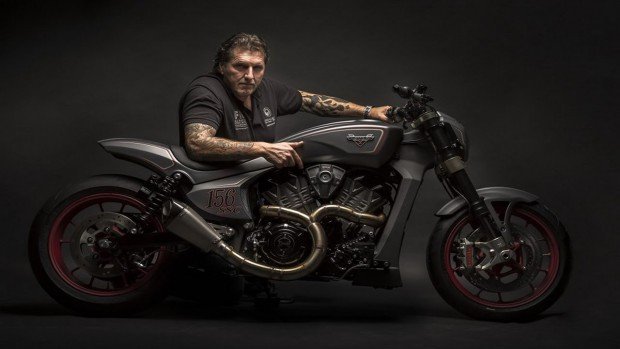 And this is Mr Ehrbacher’s version. 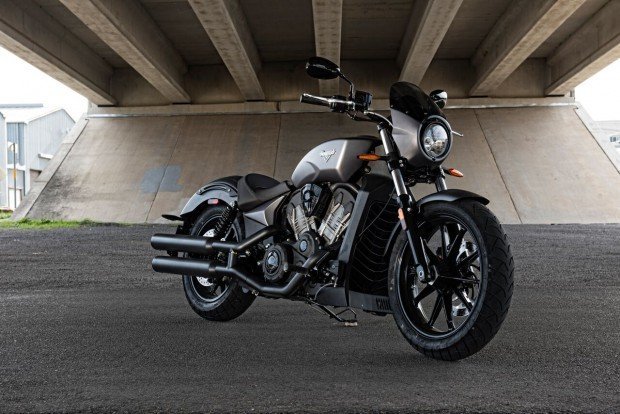 We’re not all that far away.

Until you looked closer.

And then read the specs.

And then took it for a ride.

Which is what I finally did.

And because I have done that, I can put my hand upon my heart once again and state that this is the best bike Victory has built.

Because the Octane is sooooo very much not the Scout.

So let me first dispel that misconception.

I shall do this with numbers, because numbers dispel important misconceptions like how many animals can actually fit on an Ark that’s 300 cubits long.

If you don’t like numbers, you can skip the next bit and go straight to the part where I tell you what it’s like to ride and why it’s the best bike Victory has yet made.

The Octane shares maybe 35 per cent of the Scout’s stuff. 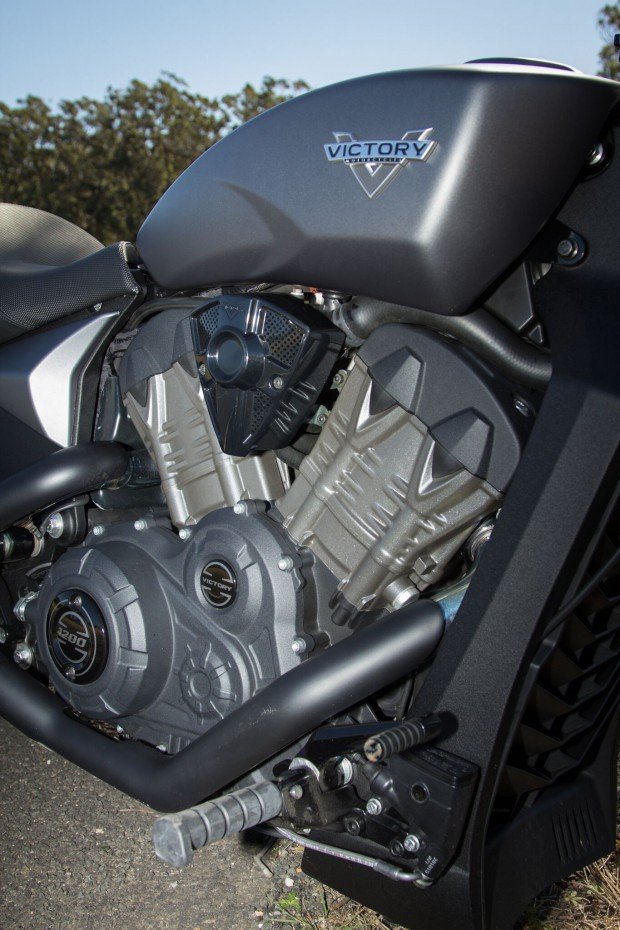 The 1179cc engine is new. And while it is closely related internally to the Scout’s 1133cc powerplant, its bore is two millimetres bigger, it’s has different cams and is tuned entirely differently. It produces 78kW versus the Scout’s 75kW – think 103 horsies and 103Nm of torque.

So it’s shoulders are a little broader, and it benches a bit more.

But there are also differences in the chassis, though the frame is similar to the Scout’s. The Octane has a longer wheelbase than the Scout (1578mm versus 1562mm), runs an 18-incher up front and a 17-incher on the rear (the Scout runs 16-inchers front and rear), and the Octane is 11kgs lighter (242kg against 253kg). They share the same 29-degree rake, but the Octane’s trail is 130mm and the Scout’s 119mm. 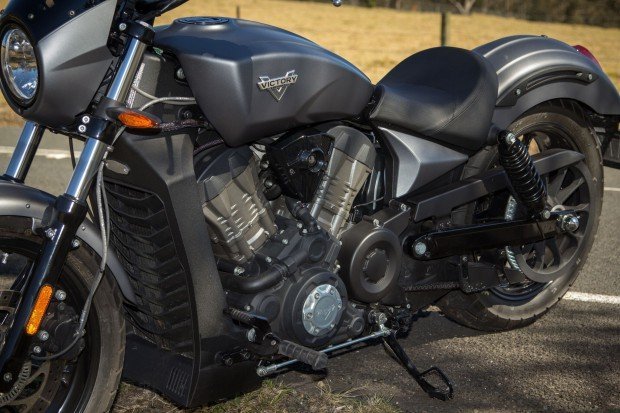 Even the left-hand side of the Octane looks the goods.

So when all these numbers are applied to the Octane, Victory claim it will do the quarter-mile in 12 seconds, and go around corners with a will.

I know that some of you might want to know if it will beat a Harley-Davidson VROD. The short answer is yes.

It’s going to lose a drag race against an Octane. 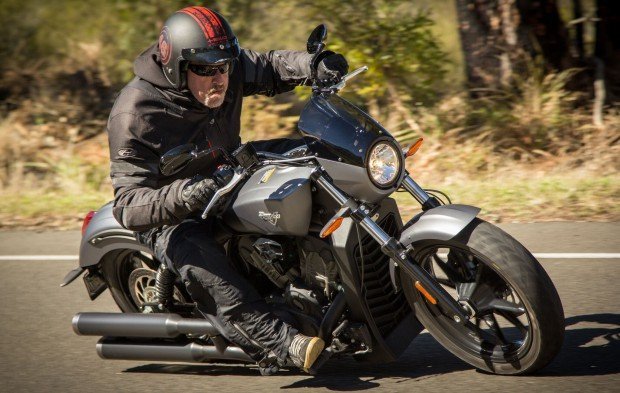 Good thing I left me heels at home. 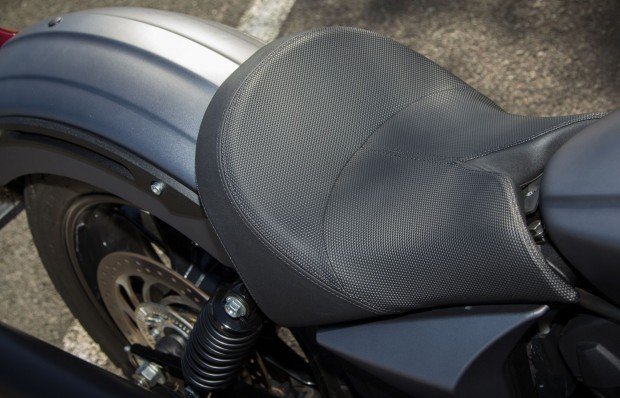 It was not a friend of my coccyx.

It will also, thanks to its big-arse rear-wheel, going to lose in any kind of silliness through the twisties.

But then there’s the whole style thing. And this is always a personal thing. So I will keep it personal.

I’m a VROD fan. I love the way they look and how they behave.

I look at the Octane exactly the same way as I look at a VROD.

To wit – I love it, but if it was mine, what would I change?

If I’m gonna get my big V-Twin on, then it’s got to make thunder, and it’s got to look nasty and sexy for when I’m admiring myself in the shop windows.

If I had one, it’d have pipes and apehangers. That’s it. I wouldn’t even paint it. I’d just ride it like that.

And I would love riding it because it’s THAT kinda bike.

It is such a damn good thing on the road. The factory has said it’s the “hot-rod” of the range, and it’s pretty much on the money. 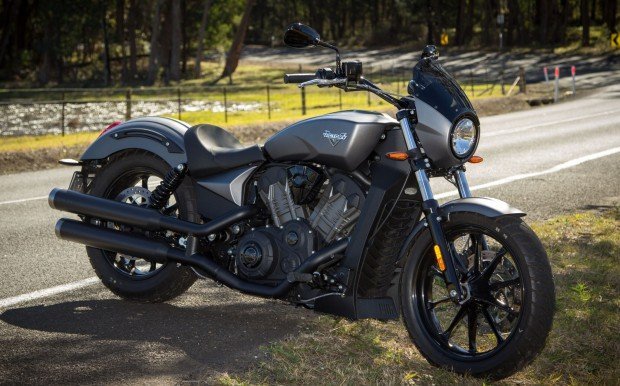 The headlight cowl is a stroke of styling genius. It’s also OK at keeping maybe 20 per cent of the wind off you. I think. But it’s not like I care. It just looks good. 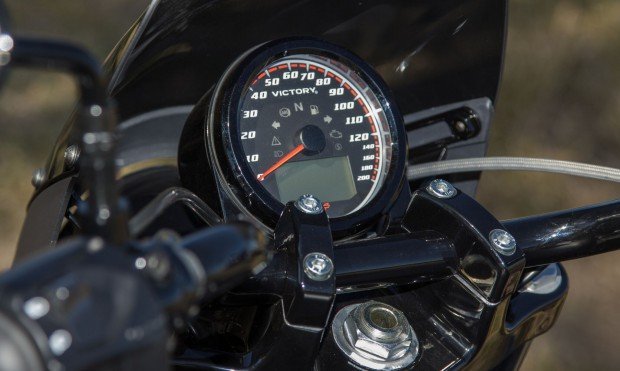 See how the numbers shrink? 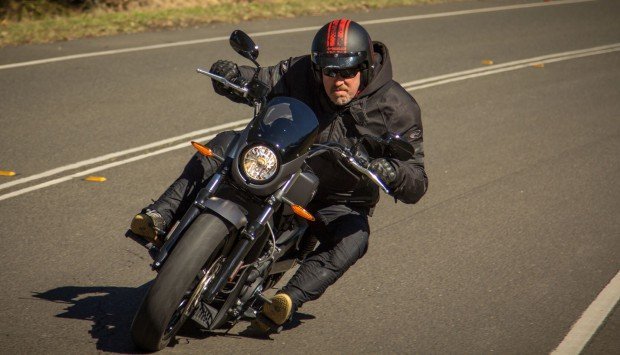 You can see how much more awesome this would all be with apehangers, can’t you?

Jam that fly-by-wire throttle wide open and it takes off, seriously. Victory has this thing where they write the happy numbers on the speedos (from 140 to 200) smaller than the less-happy numbers. No, I do not know why. It’s what Victory does. And just like the bigger 106-cubers, the Octane will take its speedo needle and stick it very happily, very easily, and lip-pursingly quickly into those smaller-looking happy numbers. All the way to the end of them. Thank you ball-boys, thank you linesmen.

It is far more manoeuvrable and precise through the corners than any other Victory. It’s not exactly flickable, but its relatively low weight and good ground clearance do make it salty in the bends.

The suspension, adjustable for preload in the rear, and sporting 41mm forks with dual-rate springs, is pretty good. Certainly, it is at the top of its class in this type of bike. 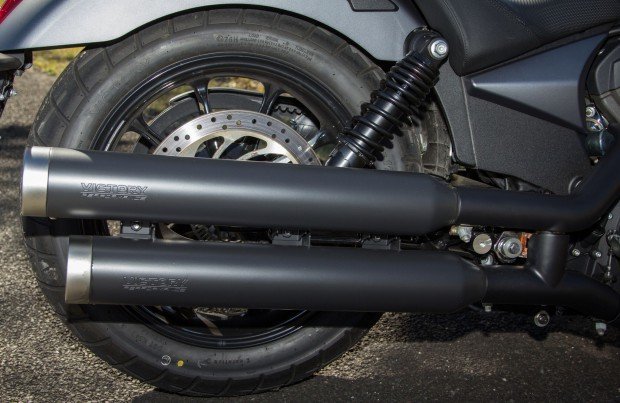 I’m thinking maybe a two-into-one, some WP shocks and the Cross Of Jesus done in the Mexican style on that sidecover. 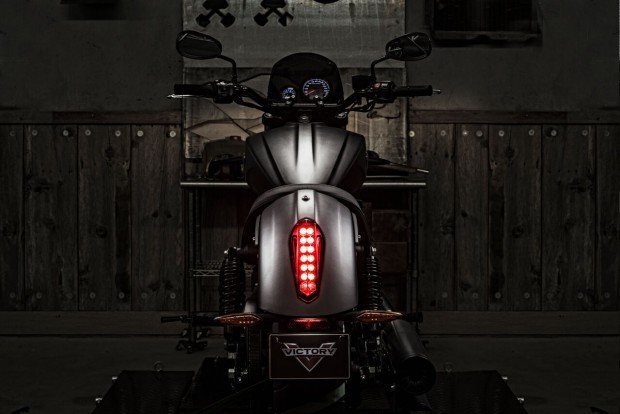 Yes, LEDs and that tank actually has some nice shapes going on if you look closely.

The brake discs, one apiece, are the same size front and rear at 298mm, and ABS is standard, so you can haul on them quite hard with confidence. They’re not Brembos, but then this is not a Panigale, is it? It’s more than adequately braked and there is good feel even when they get quite warm. I noticed no fade even after quite zesty applications.

The gearbox is excellent. It doesn’t sound like a blacksmith’s forge and it shifts precisely and smoothly.

Which brings me right back to that amazing engine. It’s a genuine sweetheart. Sitting between 100 and 120 it’s smoother than butter sliding down glass. Somehow, the engineers have managed to isolate the rider from almost all the engine vibrations at that speed. Dial it up and you will start to feel a light, almost organic thrum through the ’bars and pegs. Nothing that’s going to bother you; it’s just how the Octane lets you know you’re banging. And you will be banging. You won’t be able to help yourself. This thing delivers you to 160km/h wide-eyed and right snappy. But leave it in sixth and it will pull cleanly from 1250rpm.

There are 13-litres in the tank, which will get you just over 200km if you’re not being a speed-lair, and a little under if you’re impressing girls or escaping lawful custody. Just so you know. 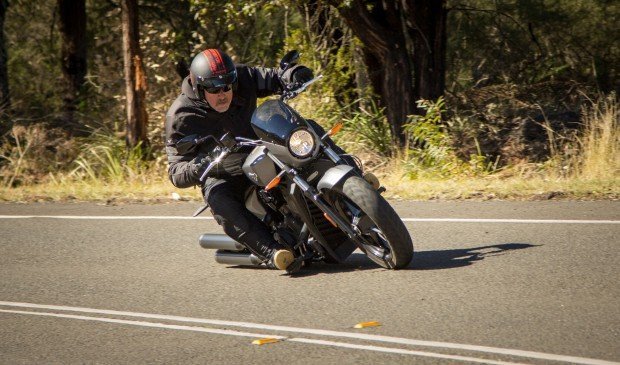 If there were metal bits on my heels there’d be sparks. But there aren’t so, there’s no sparks.

So what’s not to like? Well, there’s the seat. I did not like the seat. Sure, it’s not brown, which is a plus, and it is handsomely molded and suits the bike perfectly. It’s just that it would begin to engage rather meanly with my coccyx after an hour or so.

It could be that I have an overly-developed tail-bone. Or it could be the seat needs to be pushed just a few centimetres further back. It cups my arse like a tipsy dance-partner, sure, which stops you sliding backwards under hard acceleration. And it’s firm without being hard and hatey.

So I’m thinking it’s not so much what it is, but where it is.

I constantly found myself pushing my legs against the highway pegs, which in turn forced the back of the seat to gnaw on my coccyx. This would only happen on longer rides, and around town I was sweet. 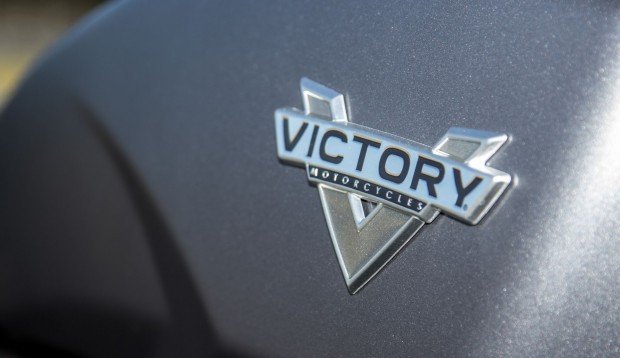 All grey all the time.

I would get another seat. Or have a surgeon file down my arse-bone. Or do more squats so that my glutes would become mightier and perch me higher on the seat. It’s no biggie and it may just be unique to my build. A different-shaped person might not have this problem.

Everything else was spot on. I loved the low seat height and the bike feels slim and tidy, rather than small, like the Scout. It lane-splits like a fiend, and sounds pretty good through the stock pipes. You could live with the note it if you had to.

I also love the fact that it comes in one colour – matte super steel grey. None of your fancy candy bollocks here. It is forbidding and dark, like those wonderful things you’d do when you’ve got too much money and you’re in a strange city.

At the end of the day, a man should not buy a bike because it’s economical. The Octane isn’t.

Nor should he buy a bike because it’s good value for money. The Octane is.

And he should never buy a bike because his wife likes it and she has a nice comfy place to sit. The Octane cares not for pillions.

A man buys a bike because of the way it makes him feel when he rides it.

Yep, this is very much the best bike Victory has built thus far. 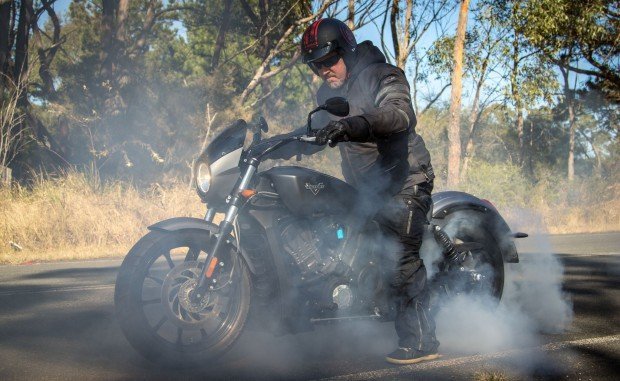 YOU MAY SEE MORE HERE.

I am wearing Held everything (apart from the boots) – helmet, jacket, gloves. You can see the range HERE.