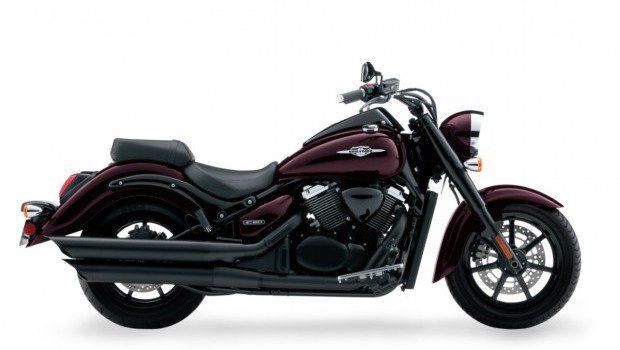 Suzuki’s C90 is a stark attack on my core belief system. I have always held that motorcycling is the last bastion of untrammeled savagery. A hedonistic lifestyle full of speed, daring and danger. Brute noise and wind roar is its symphony and adrenaline is its blood. 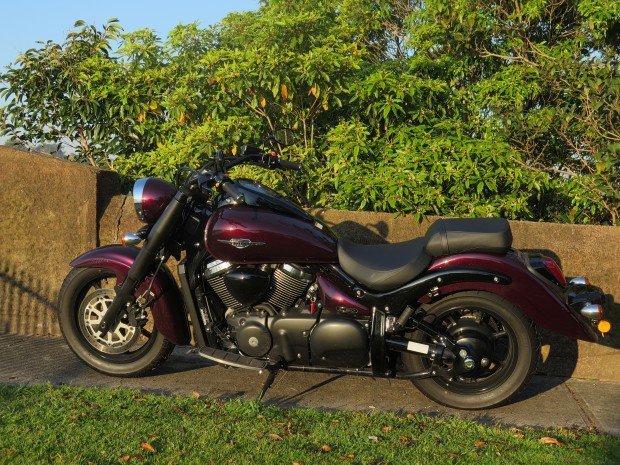 There’s an argument for all cruisers being shaft-driven. I could make it.

So when the merciless ones offer up a motorcycle that is not about the management of dire velocities, I am nonplussed, like a Border Force commissar discovering a switched-on boom-mike above his head.

Still, I persevered, for that is what men do and I discovered the following:

There is the cult-inducing, drop-nosed missile known as the C109 (which I have enjoyed HERE, among other places), a little 50-cuber and this, the C90 – which my research has revealed is what is known among the pundits as a “mid-size bagger” or “medium cruiser”.

The “90” refers to its capacity in cubic-inches – which is how the Yanks like to absorb their cruiser capacities; but it’s 1500cc in metric money. You’ll recall that not too long ago, Harley-Davidson carried every outlaw on earth around on an 80-cubic-inch motorcycle. But I only mention that for perspective, and to advise you that the C90 is the most powerful cruiser in its class. 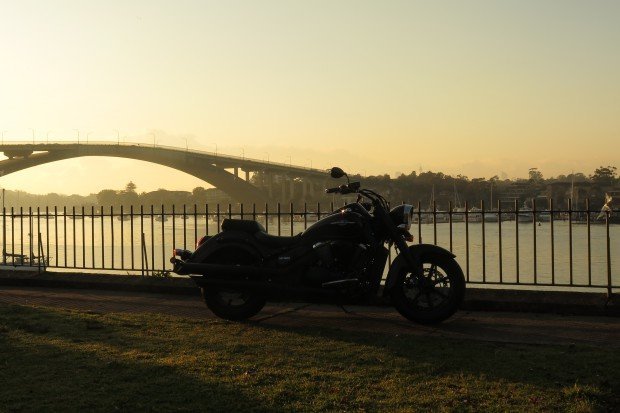 Look at the artiness of this shot.

But the C90 is not for outlaws.

The C90 is for gentle souls.

It is a cruiser that goes about its business with a tender smile rather than an evil leer. It is designed to nurture its rider along with glassy smoothness, plentiful torque (100Nm) and a peerless shaft-drive. It also has a gearbox of such slick-shifting wonder, other manufacturers of big V-twin cruisers would be smart to disassemble it and copy it cog for cog.

It is not designed to be parked outside neon-lit strip-clubs on stormy nights, then hammered home in a welter of frenzied fear through wet back-streets that reflect your shame off the wet pavement.

No, friends and relatives, the C90 is not that type of bike. 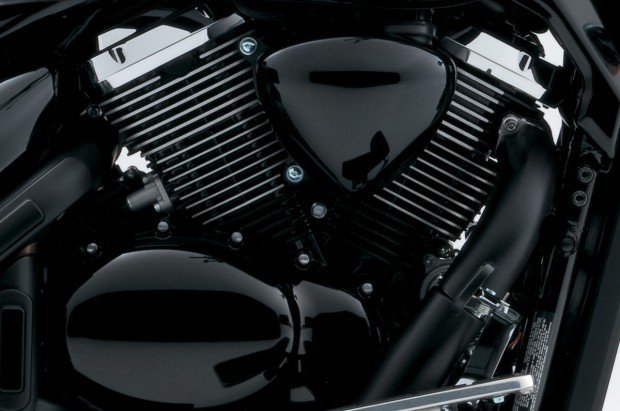 Modern without being remotely brutal-looking. 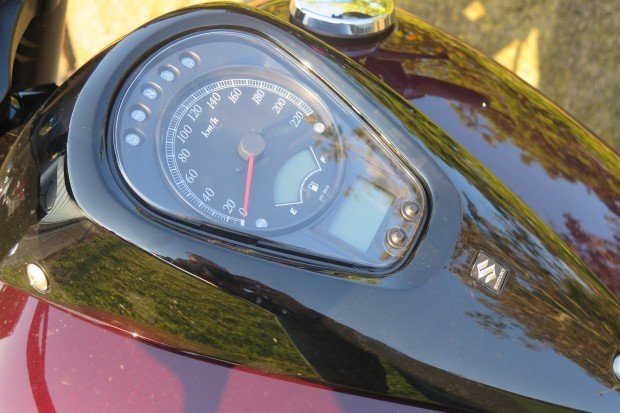 Its pillion-seat is wide and comfortable, as is its rider’s saddle, which is only 72cm off the ground. The instruments are a nice blend of modern glows and a classic dial. The ergos are all about all-day, big-mile comfort, complimented by a motor that is surprisingly agile and responsive. I got it to an indicated 170 before the terror gripped me.

Certainly the Showa suspension is adequate, with 130mm of travel in the front and 108mm in the back, and she carries her 344 wet kilos with ease. The ground clearance is well within normal operating parameters, and a competent rider will be rewarded when he takes the C90 for a dance through some twisties. Mum might give you one upside the head if she’s on the back, but there’s no such thing as a free ride in this world, or the next.

Fill the tank with 18-litres of peacefully-exploding fuel, and it will be over 300km before she will need another drink. 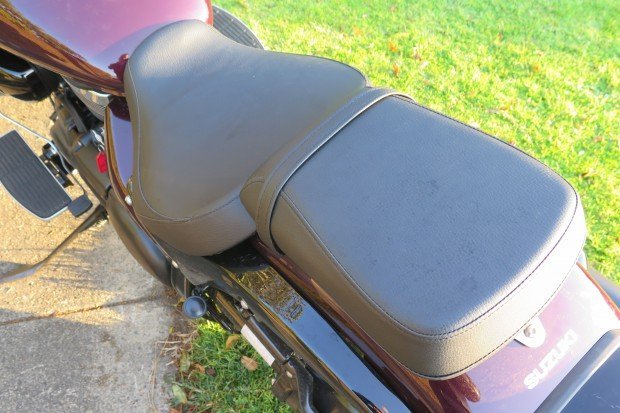 You can eat all the cakes you want and so can she.

At low speed through the traffic, the Boulevarde manoeuvred through the gaps with ease, and I could fit it between most cars if I paid close attention and didn’t get too cocky. It felt well-balanced and completely at ease in tight situations.

On the open road, it hummed happily along at 130-140 and had a bit in reserve for overtaking. The brakes are fine, provided you’re not being crazy, but some ABS wouldn’t hurt it none. Nor would cruise control. And I’m asking nicely, Mr Suzuki.

Now all was well, and all manner of things were well, until my eye wandered towards the rear of the bike. From the seat forward, it is not unpleasing to the eye. The dark cherry red paint and blacked-out wheels and forks have a certain cheery style about them. It’s trying to be tough, but not too hard, and I can live with that. But up the back, things get a bit strange. The rear guard sits way too far up and way too far back and it jars at an eye that seeks a robust flow to a cruiser’s lines. And then, for reasons, I cannot even guess at, something utterly heinous occurs on the rear guard. The entire rear taillight assembly is simply diabolical in terms of aesthetics. Suzuki painted it black this year (it used to be chrome), but it is a truly ugly lump of misshaped plastic, and I could not look upon it with love. 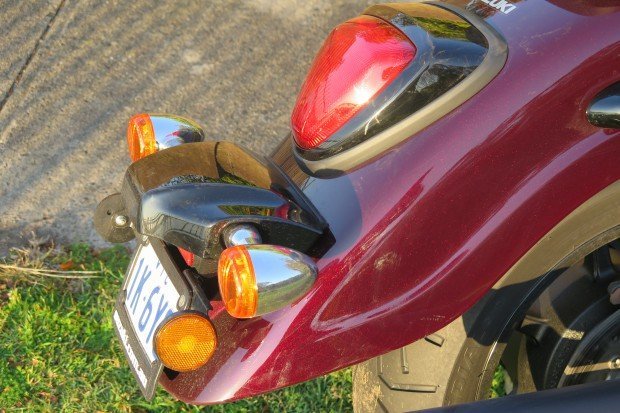 Beauty is, of course and forever in the eye of the beholder. And what gnaws at me will not gnaw at someone else.

In every other aspect, the C90 is a sweet bike. Well-mannered, polite, and eager to please while making no unseemly demands upon the rider or pillion.

It is certainly a cruiser for a gentle, inclusive and tolerant world, where all men (and women) are brothers of the handlebar, nodding cheerily at each other as their paths cross upon the highways.

We should all work together to bring forth such a world.

It’s the right thing to do. 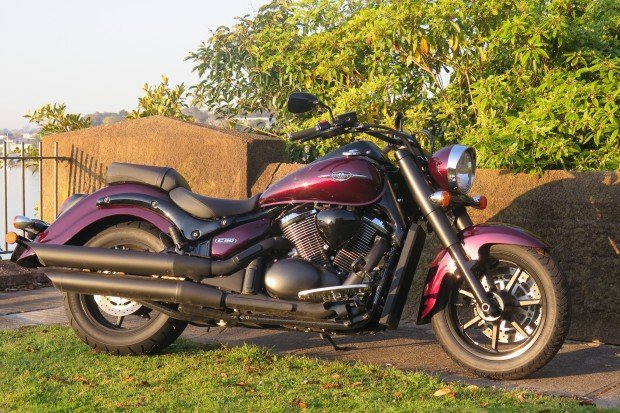