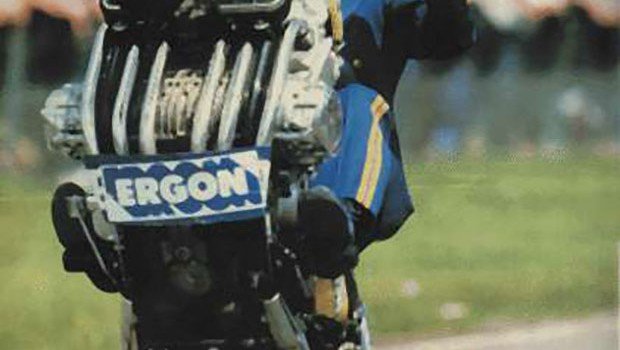 The devil makes work for idle hands, and it seems that Kel’s have been idle too long after his Panhead restoration.

Thus he took those idle hands and caused them to acquire a Kawasaki Z1300 – one of the most iconic motorcycles ever built.

And now that Kel has one, it’s going to be built again.

OK, most of you know i’m a Harley guy. A 1000% Harley guy. Vintage shit mostly, but I have a knack for a good pick and flip when I see it.

I troll eBay looking for what’s cool and old that I may make a few bucks on and regularly see some pearlers, but mostly they are overpriced and too fucked. Old Harleys are well out of the picture now because everyone has caught on that there is big money to be made on them so I look at anything that’s different and cool now.

To my amazement I saw bike listed incorrectly with a very poor item description. The listing just read: “Kawasaki and Sidecar” with a couple of shit pics. I opened the listing up and had a better look. Hey, I said, that’s a Z1300 motor under all that shit bodywork! Not only that it was a 1979 Z1300. First year build. The mighty six-cylinder Z1300 and with a low build number.

For those who don’t know, this thing came from a time when outright power and size was king. There was a major cock size competition going on with all the Jap manufacturers and Honda had just released the CBX, a six-cylinder flyer. This was Kawasaki’s reply. It made 120 Horsepower even with a shaft drive. It was the fucken king. Not many survived as most were centre-punched into telegraph poles by young testosterone-filled swine at the time.

And I gotta have it!

The listing ran with no bids, ‘cos no one knew what it was presumably, and I swooped post auction and rang the guy in Melbourne. Old guy, very cool, very rich. After a good chat he outlined what had been done to it. The massive donk had been fully rebuilt at a cost of over three grand and had only a couple of hundred kays on it (win!). He’d painted over the original paint (fail!), bolted on a sidecar cost he lost a leg (double fail!), added a fairing (fag fail!) and basically left it in storage for 11 years in his workshop (fucken win!). So, after a bit of push and pull we arrived at a price and it was mine.

Here it is in his workshop. (Notice all the Vintage C@R shit he has in the background!) 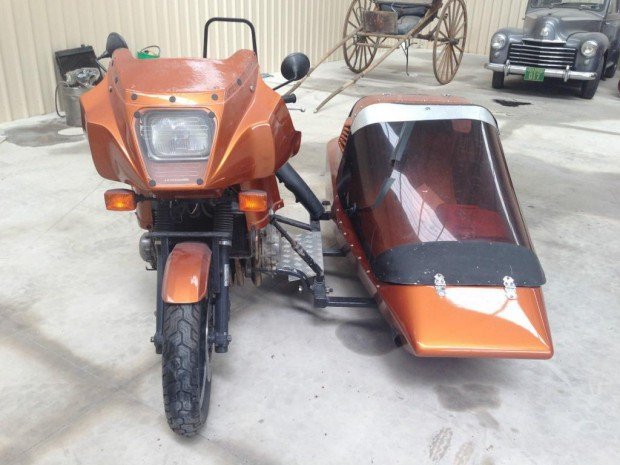 In Jewish Racing Bronze, no less… 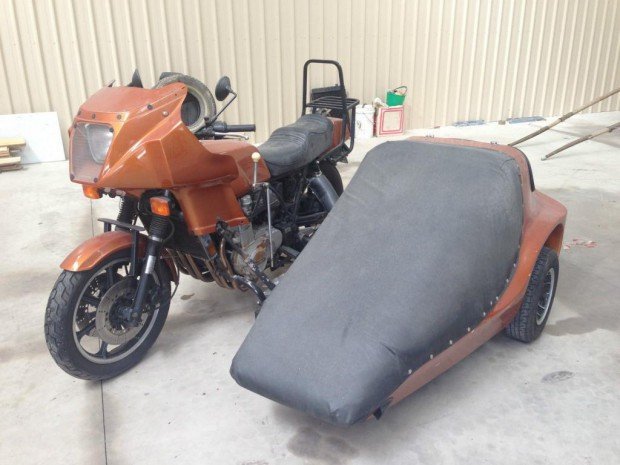 …oh, how the mightiest have falled. But it shall rise up again!

So, the saga begins. This shitbox is in Melbourne. I’m in Sydney. What to do?

Rob is a member here (he fed us bastards at the Pilgrimage) and runs a pretty tidy bike transport business. We talk on the phone, I give him some details, and it looks like it will be sitting in my shed ready for the build next week.

OK, so whats the plan you ask?

A “sympathetic restoration” is what I’m thinking. Make it look like this hopefully. 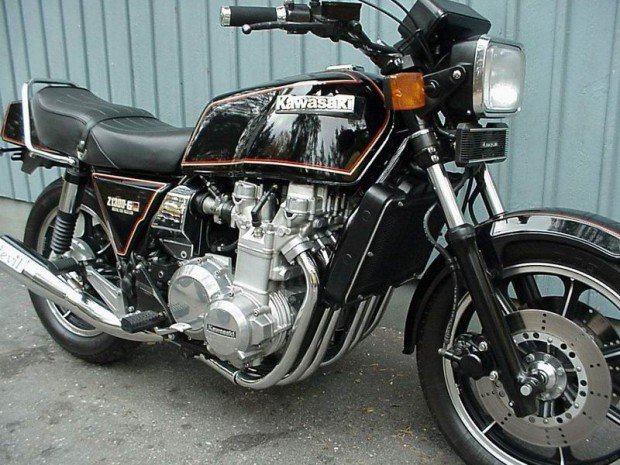 Step 2: Coat of paint back to the original black and pinstripes.

Step 3: Do all the fluids, tune and tidy it up.

So, grab a beer and buckle up. It’s gonna be one hell of a ride…

This is where one of the Bike Me! members felt that Kel should throw caution to the winds and attempt this: 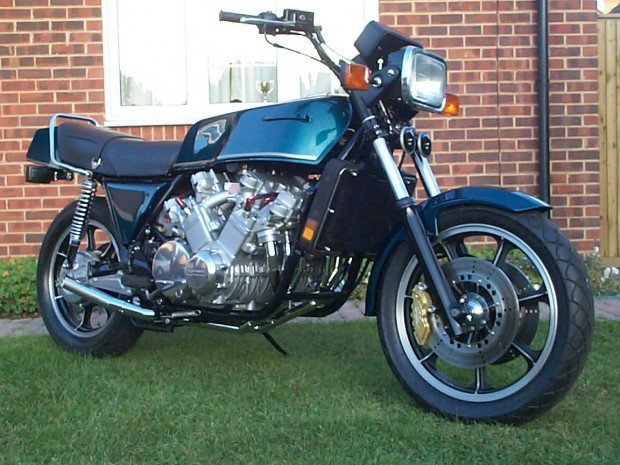 Kel did not respond to the suggestion. But a name was added to his list.

Hail to the mighty Rob! The Golden Turd has been collected from the Seller and resides at a storage facility for shipping. 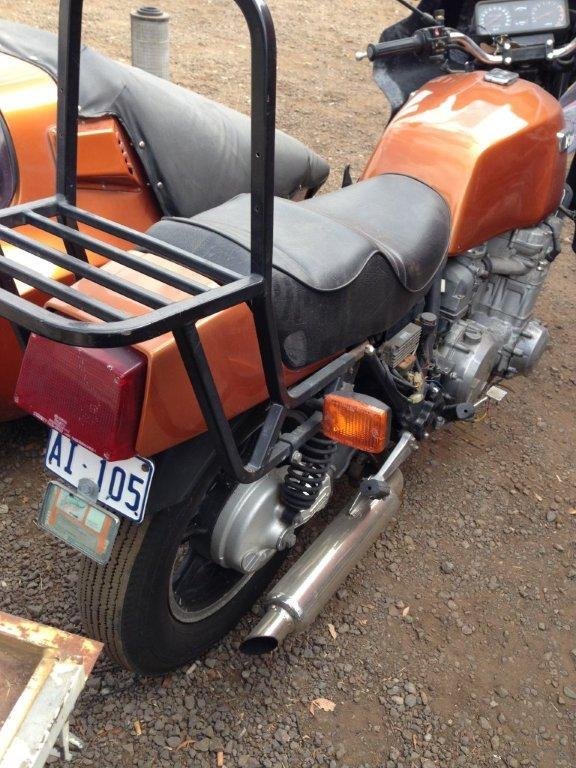 At least he won’t have to buy a vintage Gearsack rack. 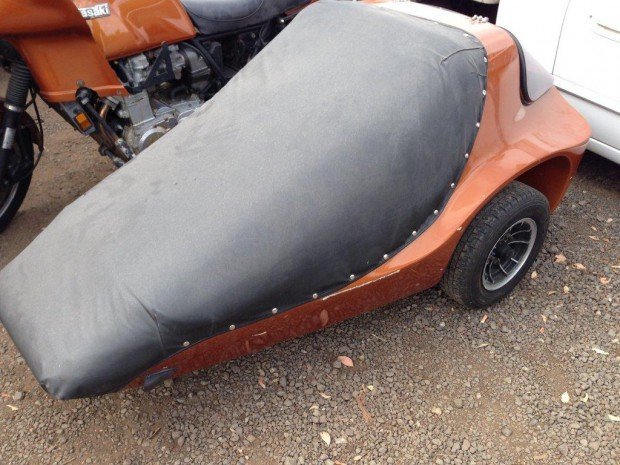 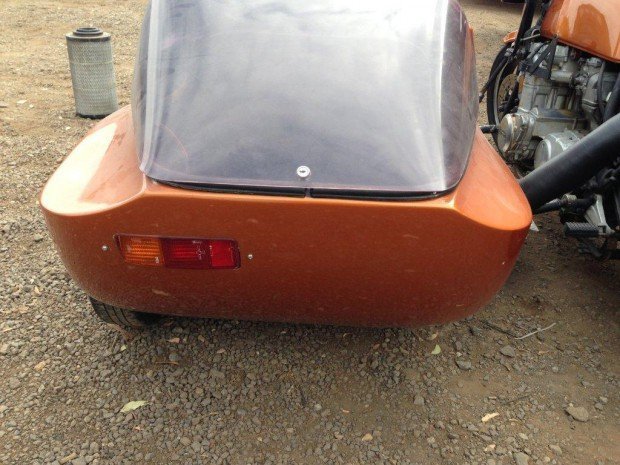 The more I see that sidecar the more I wanna hit it with an angle grinder, but that’s for later….

OK, so today was shopping day. I like to have most of the shit I need before I get started.

I know from my discussions with the owner that it has some issues with one of the three coils (a slight misfire when it warms up). Rather than dive into the eBay cesspit like I usually do with builds, I thought I’d try a totally different angle and came up with fucking gold. I dropped into a bike wrecker (Southwest Bike Wreckers) to see what shit he had, and fuck me if he hasn’t got a 1980 Z1300 sitting on his floor for wrecking! I never thought of the wreckers before but I will now. The bike is pretty fucked and there isn’t much left but it’d be OK for bits and pieces, nuts and bolts I may need. Turns out they are pretty nice blokes and are wiling to work with me, so we go over and there are two coils on the wreck. 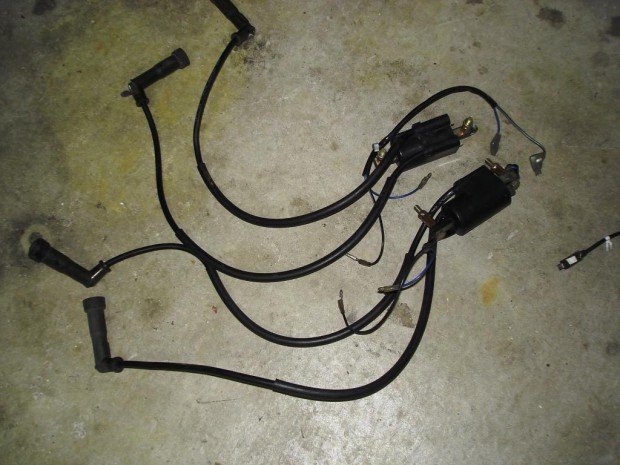 Next stop, a battery. The owner has had this bike in storage in his warehouse for 10 years so he pulled the OEM one. Onto the Interwebz, download a Workshop Manual (win again!) and get the code. Now batteries can cost a bomb depending where you buy. Online or Offline, the price variations are huge.

I found a wholesaler in Sydney who was close by (Superstart Batteries) and drop in, give him the OEM Code and am walking out with a brand newie for $100. 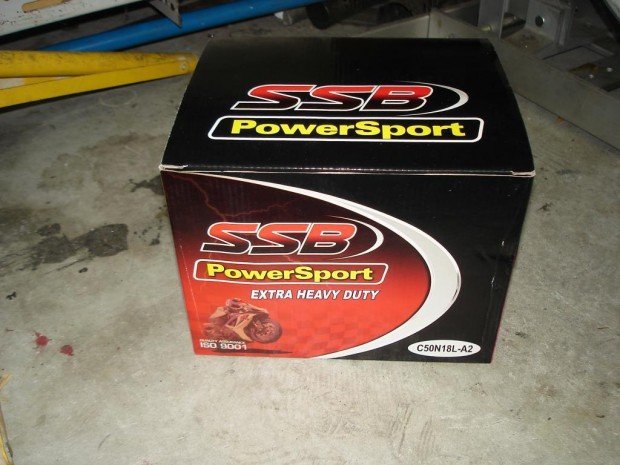 Finally down to get some consumables. A ready supply of painting shit, sanding shit, oily shit, cleaning shit, shinying-up shit, shit. I even bought some cheapie metric spanners ‘cos most of my stuff is Merican Imperial. So, under $200 and I’m outta there. 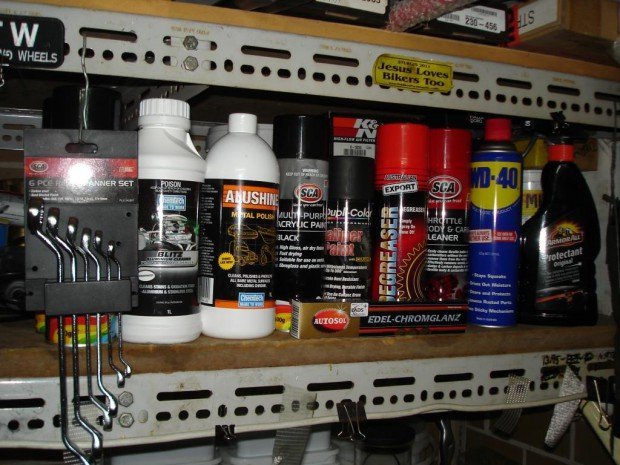 Ready to be deployed.

I bought some two-pack metal cleaner to see how it goes. I’d love to do the Cricky thing with the media blaster but sadly I haven’t got a big compressor and its fucking messy.

This shit (which I’ll road test for you) has what seems like a mild etch to clean all the corrosion off, then another bottle to make it shine. I got sandpaper and Autosol if it all tuns to shit..

So, I’m gonna get out and get a few hours on the Panhead this weekend because as of mid-next week, I’ll be in the shed every spare hour trying to turn “The Golden Turd” into something resembling this motherfucker: 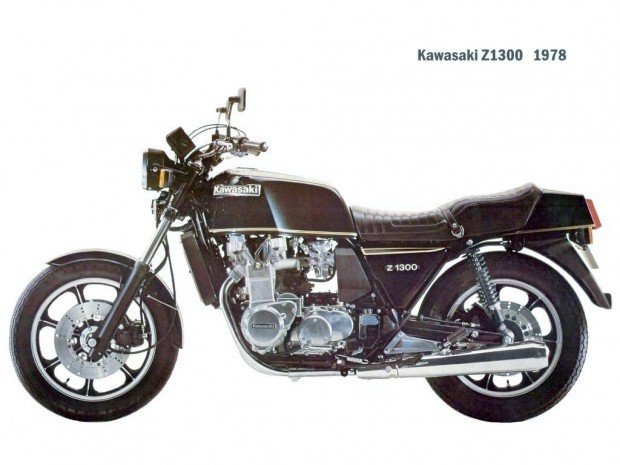 Funny story, I show my beautiful missus a few photos of the “Turd”.

She spends the next 20 minutes yelling at me in Italian (she’s Italian) that I can’t understand. I am pretty sure she’s swearing at me as the decibels are increase. (Note to Self: Must Google “stupid cunt” in Italian some time soon to see if that’s what she’s saying). But I think its something about “can’t afford” and other such shit. She’s 100% right, but has yet to grasp the Flip Concept.

Then she see’s its got a Sidecar!

“Oh, shit please take me for a ride in the sidecar!” she yells.

Now there are a two reasons why that’s not ever gonna happen.

One is that I’ve never ridden a bike with a sidecar and this ain’t the time to be learning. Been in one, but never ridden one.

Two, this thing is a 120 Horsepower, 720lb widowmaker, and all that with a fucken plastic coffin bolted on where its not supposed to be…so fuck that.

Came back from an enjoyable blast on the Panhead this morning and thought I would strike a blow.

I purchased the OEM battery as per the manual’s specs and its old school technology.

For the uninitiated, years before you could buy the modern “sealed battery”, all batteries needed acid added to them to make them function. Much like most of the motorcycle fraternity in the day.

You also needed to regularly top it up with distilled water as part of your regular maintenance program as it usually leaked, destroyed the chrome and gave you immediate “patina” before patina was invented.

So I open up the carton and there is about two litres of acid. I pull the six caps from the top of the battery, add the acid to the upper level, wait half-an-hour for it to activate and then whack it on a battery charger for a few hours. 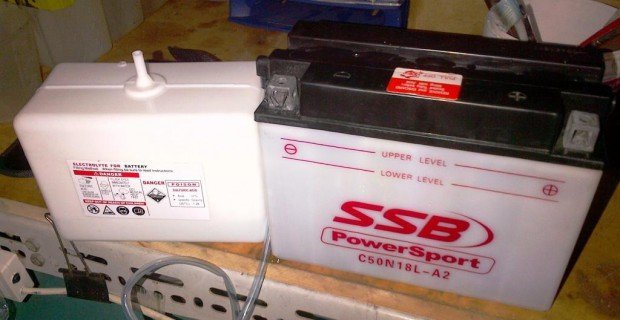