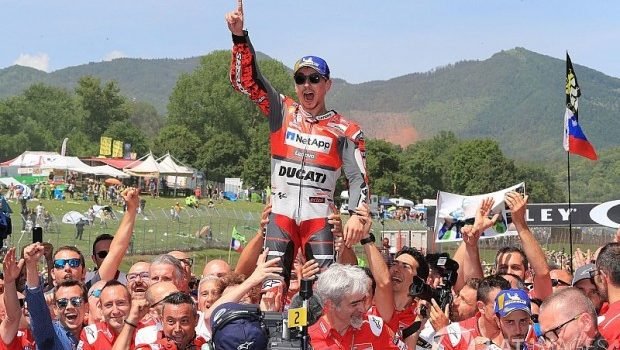 “Yes, putas. Yes. Burn that yellow piss-smoke. Burn yourselves, for all I care. Bronze yourselves with your own steaming mierda. Let it dry like muddy armour on your squirming bodies.”

Who is your Spartan Sex-Daddy now, you grey-haired old holster for leaky horse-penises?
I am. Go on. Say it. “You’re my Spartan Sex-Daddy, George!” Have it tattooed on your chest next to your heart. I want to see it as I make my triumphant entry into Barcelona in two weeks’ time.

I have returned!
I promised I would, and I have kept my promise. Unlike stupid Jesus, who has yet to make an appearance.

Yes, putas. Yes. Burn that yellow piss-smoke. Burn yourselves, for all I care. Bronze yourselves with your own steaming mierda. Let it dry like muddy armour on your squirming bodies.
Stupid Italian swamp gibbons. I can barely see you all the way down there from all the way up here where I rule.

The Mamba has triumphed!
If I was so inclined, I could, right now, have sex with that sobbing fuck-toy who thinks he is my team-mate. He would cry even harder than I can hear him howling right now, but he would let me violate him just as I violated him on the track.

Just as I violated everyone on the track. Especially the filthy yellow Puta. I violated him and every one of his legs very much. Stupid fossilised centipede. I did not even see him standing on Position Number Three on the podium because it was so far below me I would have needed a telescope. Dirty chunk of used fuck-pasta that he is. Retire, puta! Your time has passed. It is the time of the Buttered Mamba who wields the Hammer of Sparta and the Spear of…um, Sparta.

What did I tell you, Gigi? I told you I would come good. And you doubted me, didn’t you? Do not deny it. I saw it in your eyes. I have heard you and Claudio whispering behind my back. I am not deaf…well, I am a little bit, but you Italians think whispering is yelling and waving your arms around.

Ha! You tell that stupid stick-insect Claudio I am no longer interested in racing for him and I have new friends now.

My new friends have lots of money. They own a lot of oceans in Asia and these oceans are full of whales. And whales are very expensive, Gigi. Did you know that? They are worth a lot of money. Almost as much as me.
So my new friends, Wan Zulkifee and Tan Sri Mohd Sidek Hassan, have said they will buy a lot of Yamahas for next year and they will all be mine. And they also said I can have that Morbidellelellelli child to act as my servant.
It will be my personal Super Factory Mamba Team and it will be called Team Juice Whale Lorenzonas Makan Bola Saya.

I will now proceed to win every race that is left. But they are all not important races, except maybe the next one in Barcelona. That one is a little bit important because it is my home race, which I have always won, so it is tradition for me to win it again this year. I would be surprised if any of the grid even shows up, since there will be no point.

My dominance is assured. Just like you being unemployed next year is assured, Gigi. Well, you had your chance and now it is too late. I would like to say it has been fun, but it has not. So now that the season is almost over, it would be best if you painted everything black to show you are all in mourning because I am leaving your stupid Italian team and its stupid Italian rubbish-bike that only I can ride like a true champion.
What are you going to do without me, Gigi? Actually, I do not care what you will do without me. Maybe burn some of that piss-yellow smoke you pizza-spinning arse-slappers like so much.
Do you know where my helmet is? If that mad-eyed Crutchlow criminal is shitting in it again, I will be very displeased.
Eat my greasy meat-sack, Gigi.
George.