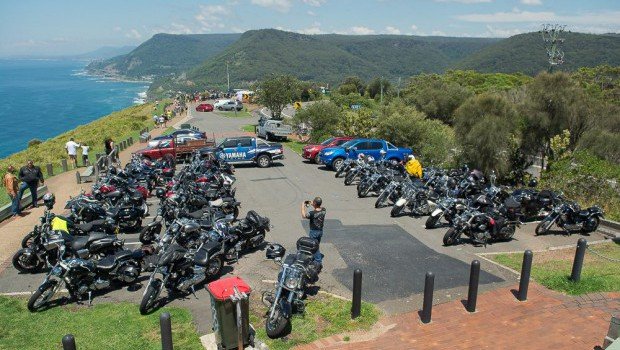 And now Yamaha has STAR. But it’s not an acronym like the others. Though if it was, it might be Super Terrific Association of Riders. Or Studly Tyrannosauruses Arriving Regally. Or even Shocking Terrors Ambling Resplendently.

But it’s none of those things. 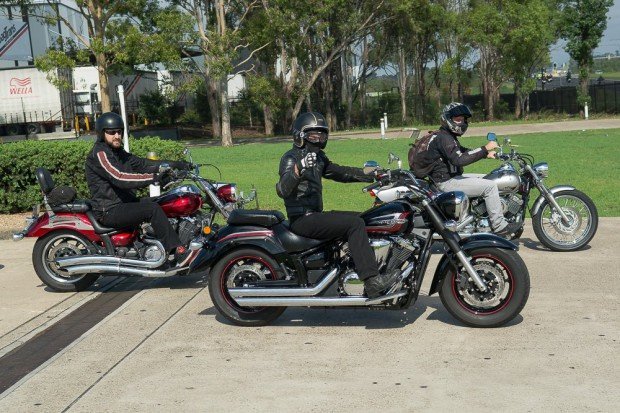 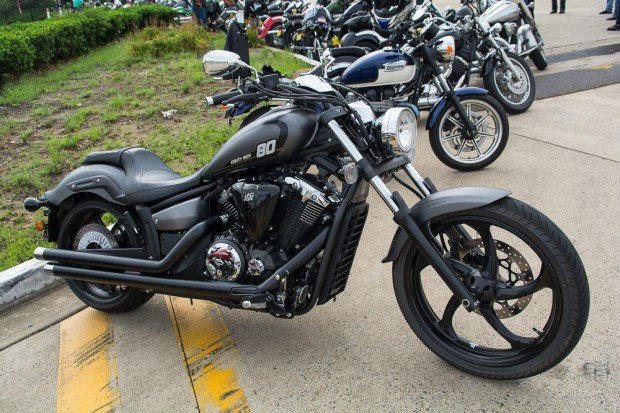 Not a bad looking thing this. Sounded quite nice, too. 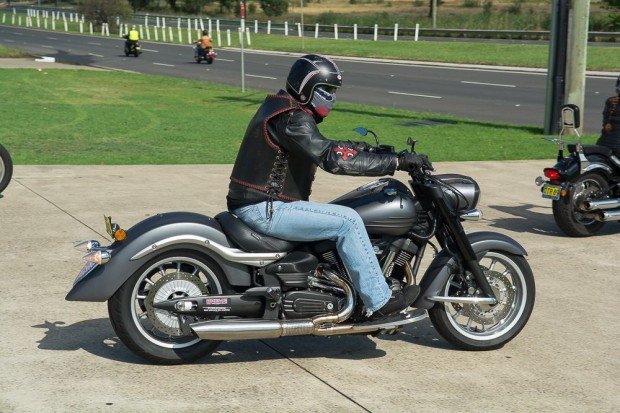 Of course, no-one could hear anything anytime this magnificent beast hammered past. The bike, I mean, not me.

‘Star’ actually refers to the cruiser range Yamaha produces, which ranges from bullet-proof 250s to the nuclear-powered XV1900 (which is what the Grey V-Train Bike Me! Project Bike is), and every capacity in-between.

This last Sunday, Yamaha felt it was time it collated an assortment of its cruiser riders and held its inaugural Star owners ride in Sydney.

When a thing is brand new, there’s a chance that all kinds of things are gonna go crazy. And crazy is usually fun. And fun is what I am all about. Ask anyone.

Which is probably why I was invited. 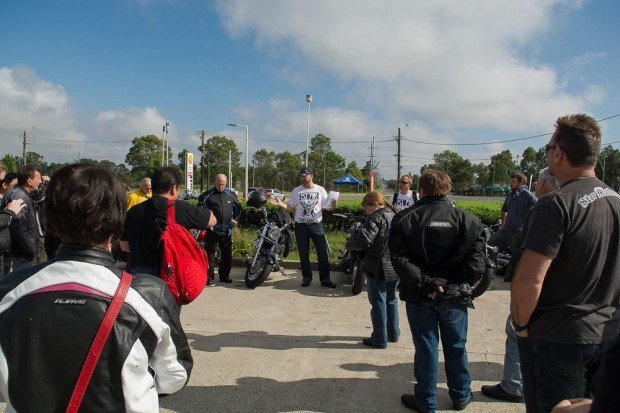 Cameron explains why not crashing is the desired outcome. Everyone listened. And complied. 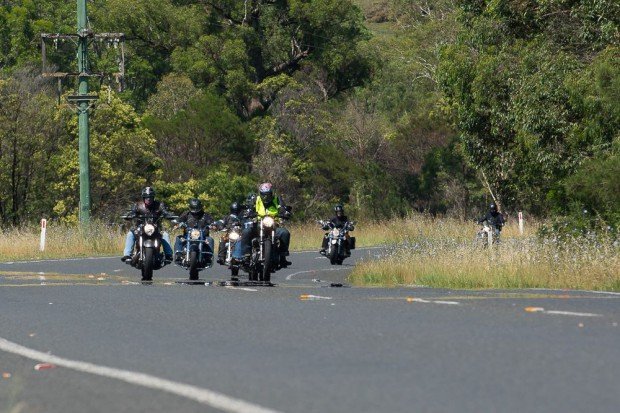 As much as I tried, Cameron would not be lured into a race. 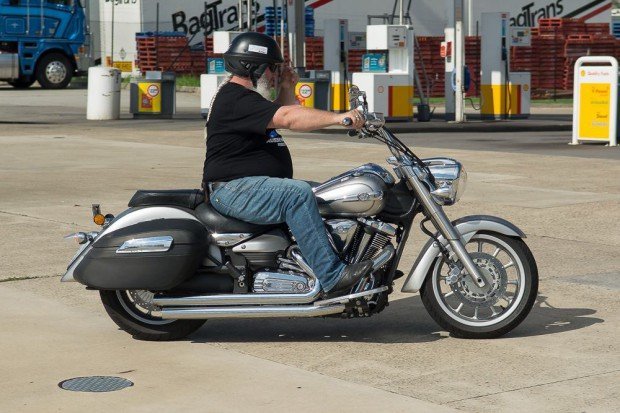 The glorious Mick Withers, Editor of Australian Cruiser and Trike and his project bike. Mine is heap sexier. As am I. 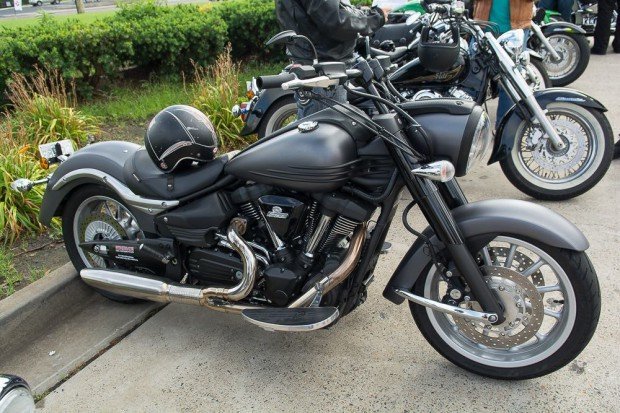 Of course, it may also have had something to do with a public viewing of the ever-popular and very crowd-pleasing Grey V-Train (now with sexy new handlebars and risers).

Either way, I was there as 50-odd Yamaha riders, dealers, and one big bloke on a green Suzuki Boulevard set off for Stanwell Tops via Mulgoa, The Oaks, Picton and Wollongong.

Just quietly, this is one of the prettiest day rides you can go on out of Sydney.

It was not one of those dry-mouthed, death-charging Nurburgring blasts (though if you were so inclined, you need to watch out for the cops around Picton) because cruisers were involved, and I only noticed the pretty views because I was not hammering along at some obscene pace. 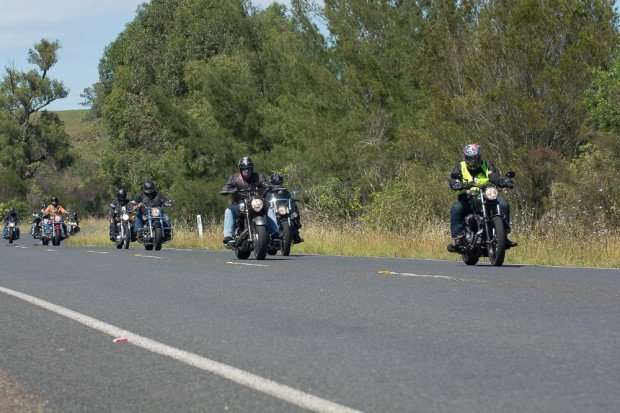 Cameron knew I was not to be trifled with. 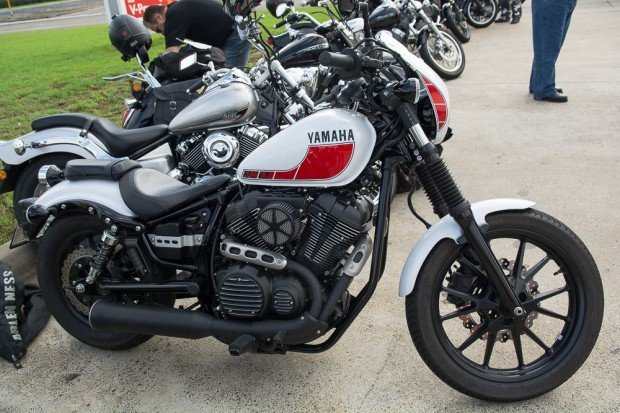 Good colour for the Bolt. 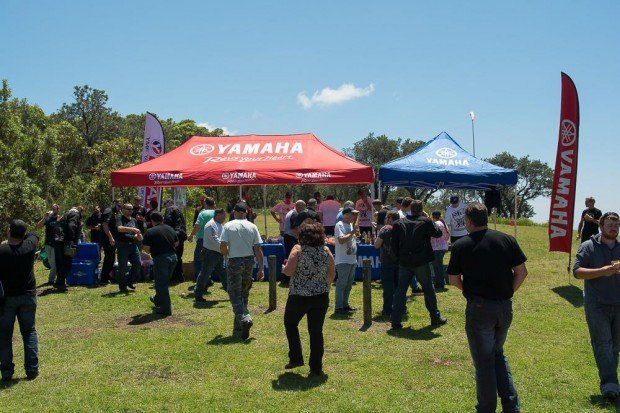 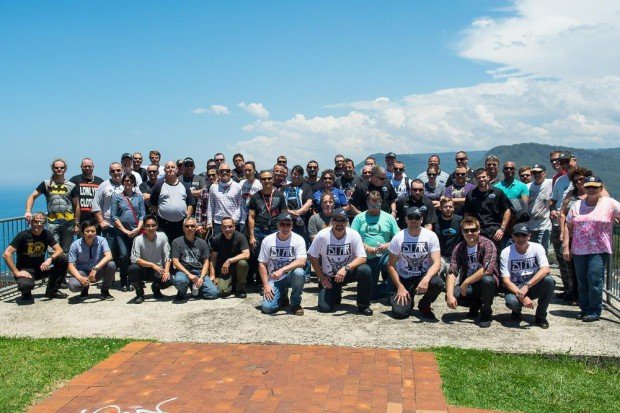 Gotta have a group photo. It was an historic occasion.

Everyone just kinda rolled along enjoying the sun and the mostly traffic-free roads. Cameron, our ride-leader, was piloting a Yamaha Bolt for the first time, and as a sportsbike rider, was discovering the other-worldly pleasures of cruiser-riding. I rode a few inches off his starboard beam so that I could watch as he discovered so many new things about ground clearance that he probably never knew.

Yamaha very kindly provided a barbecue lunch at Stanwell Tops, where owners had a chance to decompress, meet a few dealers and some of the Yamaha staff.

And after chatting to one or two of the riders, it sounded like upgrading their mid-size cruisers to the thundering awesomeness that is the Grey V-Train was a top priority.

If you own a Yamaha cruiser and you’re interested in hooking up with fellow owners for rides, you need to go and look at this link.