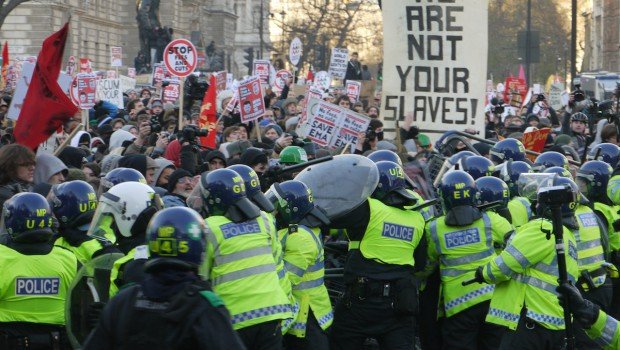 WHERE IS THE OUTRAGE? 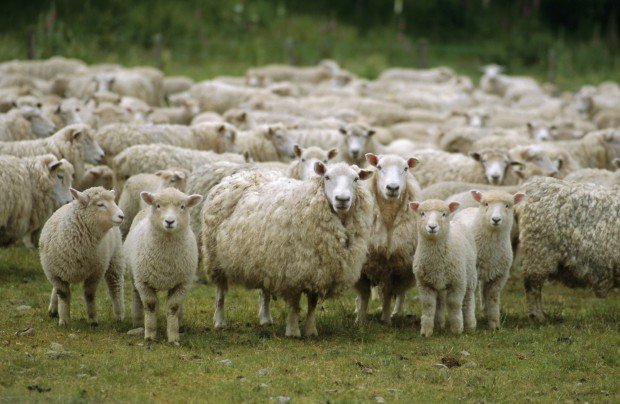 Australia is famous for supporting the underdog. It is a common theme in movies, TV shows, and a national stereotype proudly espoused by many. Yet when it comes to law and order campaigns, the underdog is conveniently forgotten as the general population gets behind the government-of-the-day to eradicate crime and disorder, no matter what the consequences may be to innocent people. Where is the outrage?

If you were to believe Premier Campbell Newman and Attorney General Jarrod Bleijie, Queenslanders are firmly behind their latest campaign to eliminate organised crime and the perceived threat of ‘bikies’, brought to public attention after a ‘brawl’ on the Gold Coast. Why would any right-thinking member of the public not support this crackdown? No one could possibly condone violent behaviour, the supply of dangerous drugs, extortion or prostitution. Right?

That would be correct. But the Premier and the Attorney-General have sold the Queensland electorate a not-very elaborate lie. So where is the public outrage?

Firstly, the assumption that someone is guilty of crime, simply because of who they are, is fundamentally flawed. Just because someone has tattoos, rides a big, loud motorcycle, appears ‘scary’ does not mean they are also involved in criminal activity. It is as ludicrous as suggesting that because young Jane is a school leaver holidaying on the Gold Coast during Schoolies Week she will drink herself into oblivion and fall off a balcony. Or because Angus is in a football club, he will go clubbing at the end of the season, pick a fight with a bouncer and sexually assault a young woman in a hotel room.

Stereotyping people, then enacting laws based on these stereotypes is fraught with so many dangers, it should not be supported by any right thinking member of the community. If the Government enacted laws that saw all school leavers or footballers banned from associating together in public places or wearing their high school jumpers or sports jackets in public, there would be uproar. But that is precisely what the Queensland government has done. So where is this uproar?

Some ‘bikies’ and ‘associates’ commit crimes. As do thousands of other people in the community, including teachers, bank workers, taxi drivers, builders and religious leaders. And so too, do some politicians and police officers. These laws were introduced under the guise of getting tough on crime, but they will not stop criminal activity. They will not make you safe. Those hairy, scary, tattooed motorcyclists, who you have been told to fear, are simply the current target of a Government playing populist politics. Men who have never committed a crime in their life are being held in solitary confinement, and facing months, if not years in jail, for no other crime than ‘associating’ with the ‘wrong crowd’. Where is the community outrage?

We all want to live in a safe community, free from the risk of home invasions and personal assaults. Our children are important to us. We want to protect them. The best thing we can do is support an ethical and professional police force. In 1829, at the inception of the modern police service in England, Sir Robert Peel framed what are now known as ‘The Peelian Principles’. They encompass such things as the effectiveness of the police being dependent on the ‘approval and trust of the public’, and requirement that police are ‘impartial’ and not ‘swayed by public opinion’. The true effectiveness of the police is not the number of arrests or police actions taken, but the absence of criminal conduct and violations of the law.

In Queensland, we see police required by law to enforce legislation where family members are jailed for having a beer together, people are imprisoned for delivering pizza, going to work or having a holiday in the sun with their childhood mates. In our society, we believe people are innocent until proven guilty. It is wrong to assume someone is a bad person and should be subject to bans on associating with certain others, to the extent they cannot attend a wedding or funeral with family members, or play cricket on the beach with their mates, simply on the uninformed opinion of the Premier, the Attorney General and an incompetent and brutal police service.

The Qld police are not being impartial in their application of these new laws. They are only targeting those who fit a certain profile; people who they think look like ‘criminals’; for example, those with tattoos or who ride motorcycles. But the legislation is written so broadly that anyone could be so profiled. Despite facile assurances that only ‘participants of criminal organisations’ will be targeted, the police will not confirm that the wives, girlfriends, co-workers of ‘bikies’ or trades-people who have worked at ‘clubhouses’ will not be classed as ‘participants’ too. Previous social interaction with ‘bikies’, even if it was years ago, could see a person jailed arbitrarily if they happen to be in the same place as two friends who fit the same description. There are no time exemptions, no get-out clauses and no way to opt out of being subject to the laws. So where is the outage?

Imagine if the Government declared that all footballers were criminals because of the drunken antics of a few, and every person in Queensland who had ever been a footballer, or anyone who had ever attended a game, or had a celebratory after match drink with the team, was now be banned from congregating in public in groups of three or more? There would be outrage. As there rightly should be. Where is it now?

These laws undermine the very fabric of society. Once fear of arbitrary arrest, segregation and a lack of trust in the community are instilled, the effectiveness of the police is curtailed. The laws have been enacted to comply with an alleged public opinion, and any enforcement is tainted.

You can rest assured that there will never be an ‘anti-schoolies’ law or an ‘anti-footballers’ law. There is no need. The existing legislation; the Criminal Law (Criminal Organisations Disruptions) Amendment Act 2013 and the Vicious Lawless Association Disestablishment Act 2013 can already be applied to students and footballers, simply on the say-so of the Attorney General. At the stroke of a pen, these groups of people can be outlawed, and Queenslanders can apparently feel safe, knowing there will be no more bashings by church camp attendees, no more police officers injured by drunken rioters and no more women being viciously assaulted by their husbands.

Where is the outrage?