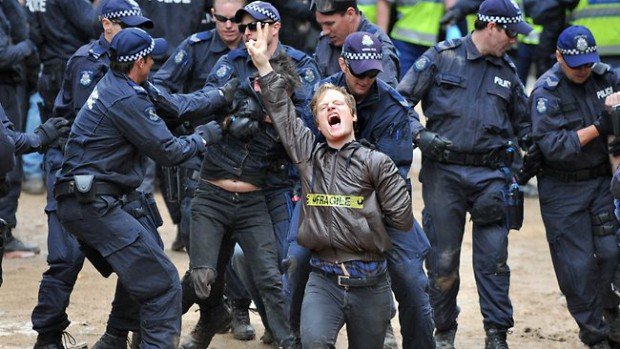 What about my rights?

A basic definition is this: “a moral or legal entitlement to have or do something.”

Rights are almost always balanced by responsibilities and obligations. People have a right to use the road, but they also have the responsibility to not injure themselves and an obligation to not endanger other road users. People have a right not to be punched in the face, but have a corresponding obligation to not punch other people. Of course, as people fail to recognise responsibilities and obligations, while still demanding their own rights be respected, law-makers increasingly introduce laws to attempt to protect the public from its own stupidity and mitigate basic human nature.

Over the past few decades in all areas of governance, the balance between freedoms and obligations has skewed towards increased government control of the population for the alleged ‘greater public good’, and at the expense of personal liberties.

This has led to a society full of people who expect, nay demand, the government protect them. In return for this protection, and in so protecting, the government has removed more and more fundamental freedoms through harsher, stricter and fear-inspired laws. All promoted to keep the public safe. And this in turn has made the public more dependent on the Government to protect them, thus accepting whatever law is proposed no matter the consequences to basic rights.

There have been anti-bikie laws, anti-association laws, anti-terror laws, anti-protest laws, anti-hoon laws, anti-party laws, mandatory data retention laws, border protection laws, ‘one-punch’ laws. Laws (and further laws proposed) to banish people from Australia where they don’t comply with the ideological or political views of the rulers, or conform to standard norms. These laws almost certainly come with arbitrary detention and mandatory minimum sentences. They undermine the basic protections for the innocent; the right to a fair trial, presumption of innocence until proven guilty and equality before the law.

Successive state and federal governments have enacted more and more repressive legislation under the guise of saving people from over-amplified threats; be it to themselves, their family or the entire nation. And in doing so, it has completely undermined the very freedom it is attempting to protect.

In each case, as more oppressive and fascist legislation is introduced, the government states that the laws are necessary to fight crime, deter the baddies or the catch-all of ‘in the interests of national security’ or ‘public safety’. It assure the public that the laws provide a balance between personal liberties and public protection, and reminds the public that sometimes, just sometimes, people need to give a little bit of their personal freedom away to secure their safety.

And people believe it.

Australians willingly hand over their hard earned money in atonement for ‘speeding’ because they have been convinced that exceeding an arbitrarily declared limit on a remote country road will cause instant death. They beg for speed limits to be dropped because they have lost the capacity to manage risks. They lack the understanding that they have always had a duty not to crash, and kill or injure their passengers or other road users in exchange for their right to use the road.

The federal government has so far convinced the vast majority of Australians that it is for their collective benefit that the government can now access metadata from electronic communications and therefore track any persons move on a whim, spy on their connections and analyse their online networks. Criminal or not. The NSW police now want warrantless access to bank accounts.

Security agencies have stronger and more intrusive powers to deal with the so-called terror threat. The government can effectively disappear a person. And no one can talk about it. Transparency has been replaced with secrecy, with laws in place to jail certain ‘whistle-blowers’. All in the name of ‘national security’.

Victoria, New South Wales, Western Australia, South Australia and Queensland all have anti-association and ‘criminal organisation’ laws with varying degrees of harshness. In Queensland, so-called ‘participants’ in arbitrarily declared ‘criminal organisations’ are banned from associating together in three or more in public and can be searched without warrant merely on suspicion of participation. Any person committing a declared offence in a group of three or more may face a minimum of 15 years in jail unless they ‘help’ the police with enquiries. South Australia is opting for similarly repressive and almost identical laws.

In New South Wales, age-old consorting laws have been revived and can be applied without any proof whatsoever that the people concerned are engaging in or intending to commit any criminal activity. Additionally, the right to silence for people accused of indictable offences has been all but abolished, meaning that those who say nothing at interview run the risk of having that silence used as evidence against them at trial. Clearly a violation of the basic human right against self-incrimination.

The federal Government appears to be succeeding in convincing the general public that it should be allowed to banish citizens who are classed as socially undesirable on the say-so of the reigning Minister. The same Minister who is already actively expelling non-citizens for failing an ever changing, government-defined ‘character test’.

The Declaration of Human Rights, which Australia is a party to, states that “In the exercise of his rights and freedoms, everyone shall be subject only to such limitations as are determined by law solely for the purpose of securing due recognition and respect for the rights and freedoms of others and of meeting the just requirements of morality, public order and the general welfare in a democratic society.”

There are many examples in both state and federal legislation of basic rights and freedoms going far beyond what is necessary to secure the due recognition and respect for the rights and freedoms of others. Many laws enacted over the past decade signify a complete departure from morality and are detrimental to the general welfare of the community and toxic to democracy.

And the government seems to be proud of this.

In almost every case, the laws do not just apply to alleged socially undesirable people, or criminals or other people in the community who attract no sympathy. Legislation rarely refers specifically to the targeted demographic or cultural or social group or class of offender. Because it cannot. The one basic principle the government will always uphold is that every person is subject to the same laws. And while the laws may not be applied equally, the potential is there – just as soon as a person, or class of person is out of favour.

But people are people. They are human. And they do and say stupid things. They act without thinking, they don’t pay attention, and they fail to consider those around them. They act with emotion, irrationally and without logic. They taunt and retaliate. They fear what they don’t know. They fear those who are not like them. And sometimes people are just deliberately nasty.

But rather than take personal responsibility, or accept that sometimes bad things just happen, when something horrible occurs; something preventable, avoidable, caused by human error, poor judgement or in some cases, pure maliciousness, the loudest voices, spurned on by the media, demand the government do something about it. And this is almost always in the form of more laws and police power. Even where sufficient laws exist. And the laws almost always have a retributive element, punishing offenders, dissenters or social outcasts.

The basic principles of society are clear. All people have a duty of care to others. Every person has the right to not have their person or property interfered with, and the corresponding obligation to not interfere with another person or their property. Yet somehow, this balance of personal rights and responsibility has been all but lost as individuals, and collectively Australians, call for the government to protect them from themselves.

So what about your rights? Well, what about them. As a society, Australians have pretty much demanded they be taken away.