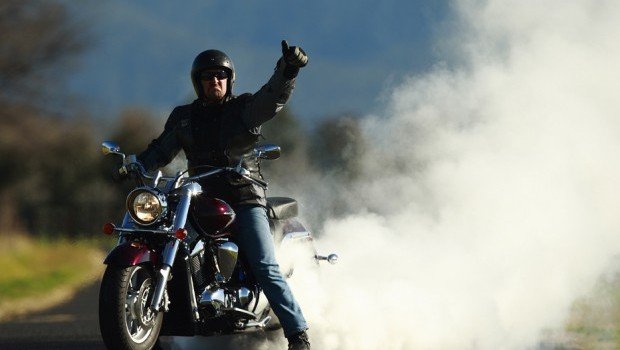 WELL? WHEN WAS IT? 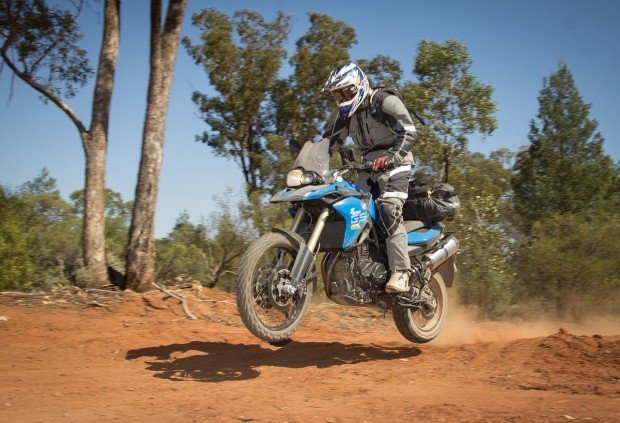 Image by Daniel, big air by Boon, suffering by BMW

If you’re struggling to remember, then I would suggest it was so long ago it probably isn’t worth remembering.

By all means continue to regale your glassy-eyed buddies with ancient tales of motorcycle derring-do, but have the intellectual honesty to finally admit that you’re now old enough and responsible enough to join the Ulysses Club, and live out your cataract-filled dotage in elastic-sided pants and knitted cardigans.

But if you’re not yet ready to get whacked on liver pills and clog up the nation’s highways astride your “sensible” motorcycle with your sofa-sized missus on the back, then consider the following…

When was the last time you hooked into a corner so hard you forgot to breathe and blink and do anything other than focus on the task at hand?

When was the last time you chased your road shadow along an empty country road and not even bothered to glance at the speedo cos you just didn’t care what the numbers were?

When was the last time you lane-split through a line of cars so rapidly and with such extravagant malice, the drivers you bitched will loathe motorcycles until the end of time and there’s nothing the MRA could ever do that would fix that?

When was the last time you found “the zone” on your favourite road, then pushed through it, and beyond it, and found an altogether different “zone”?

When was the last time you decided that you’d ingested enough wilful blindness, total inattention and profound criminal negligence from a car-driving mong and fed him a much-needed medieval beating?

When was the last time you devoted an entire afternoon to learning how to properly wheelstand your motorcycle through three gears along the street you live in?

When was the last time you decided to see where a particular road went and what was at the end of it and why it had such an intriguing name?

When was the last time you were on your way to work, and then suddenly decided you would be much better off elsewhere that day and just kept on riding?

When was the last time you patted a girl’s thigh, leaned back into her, and yelled: “You ready? Just hang on!”

When was the last time you wheeled your bike out of the shed at midnight in the middle of winter and made the streetlights go all blurry on your way to eat a petrol station kebab?

When was the last time you swapped bikes with your best mate and then followed him for 200km, alternately stressing out at the speed he was going and wishing the prick would go faster cos your Akrapovic cans just sound so utterly glorious?

When was the last time you left a pub with cheers, whistles and applause ringing in your ears and the stench of burnt rubber on your clothes, cos you’ve just nuked half your tyre in a burnout that must have impressed that fine-chested girl whose name you’ve already forgotten, but who smelled like a sexual fruit salad when you brushed up next to her at the bar?

When was the last time you had to sit quietly on the side of the road until the trembling stopped and your breathing returned to normal and all the colours stopped being so bright, cos Death just gave you a glimpse of his game face?