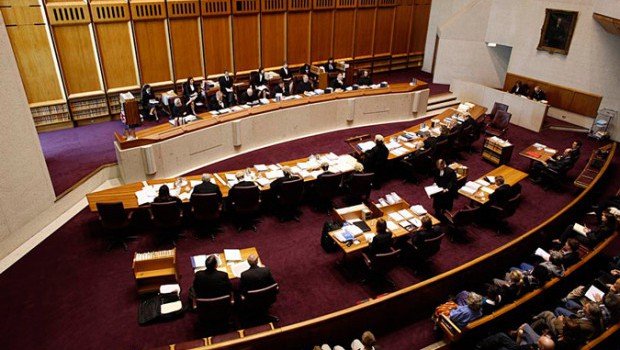 Nothing engenders rage and righteous indignation more than being treated unfairly. It may be a speeding ticket for going three kilometre over the limit, or being blamed and disciplined for someone else’s blunder at work. And who doesn’t remember that overwhelming sense of injustice when as a young student, you and the rest of the class missed play-lunch because of a couple of miscreants in the back of the classroom?

Like those days of whole class detentions, the Queensland Government is leading the Sunshine State back to the cruel paternalistic days of Joh Bjelke Peterson. Fairness, as a concept, is unknown to Queensland’s Fearless Rulers. And Attorney-General Jarrod Bleijie’s latest appointment of Tim Carmody to the position of Chief Justice is a chilling reminder of this. 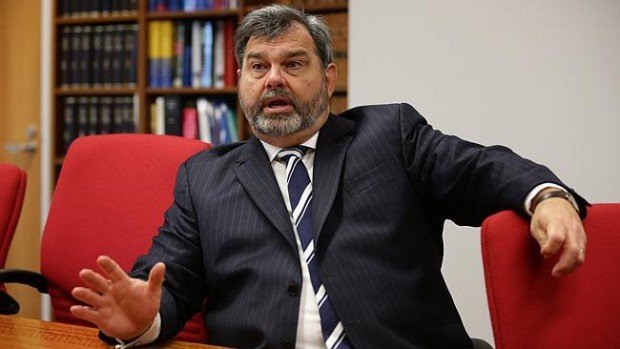 “I’ll have a white with two, thanks.”

But why should you care about Tim Carmody’s new job?

Firstly, if you, or a friend, or a member of your family is ever accused of a terrible crime, you would hope you would receive a fair trial. In fact, you would expect a fair trial. Because that is how we, in Australia, expect the system to work.

If you are innocent, you want a chance to prove it. If you committed the crime, but have a really good reason why, you want the chance to offer up mitigating factors as a defence or an excuse. You want a fair, impartial, independent person to listen carefully before pronouncing judgment.

A fair trial is fundamental to democracy. It is an internationally recognised human right. It is so utterly crucial to our legal and justice system that it forms part of the Rule of Law, which the entire basis of a healthy and properly functioning justice system.

All are and must be equal before the law.

All are and must be entitled to a fair trial.

The separation of powers must be respected.

So let us think carefully about just what the youthful, junior solicitor and ex-conveyancer, Attorney-General Jarrod Bleijie has done by appointing Tim Carmody to the top legal job in Queensland.

This is about the right of every Queenslander to have a fair trial, free of the influence, direction and control of the blatantly incompetent First Officer of the Law and Government.

Bleijie has appointed, into the most important and senior legal role in the State, a man who openly cheered the government’s new laws which declare One-Percenter Motorcycle Clubs to be criminal organisations, without the need for any evidence or proof or right of appeal. 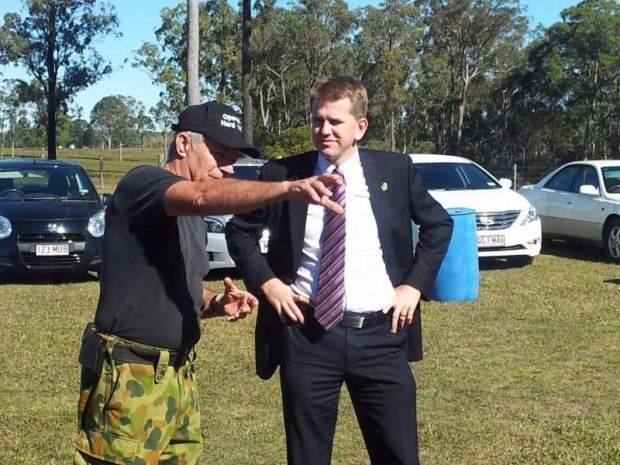 Sometimes one needs to tell Jarrod where to go.

This man, this new judicial god, declared that all members of Rebels MC are ‘socially destructive drug traffickers’ without having any evidence or proof to back that up.

He described a couple of family members, arrested for having a beer together in a pub, as ‘aggressive criminal gang members who have become too big for their boots’ and so deserving of immediate jail, in solitary confinement, before they had even faced trial.

This man, who boasted that there was ‘a new sheriff in town’, does not sound like a man who understands and values the importance of evidence, proof of criminal activity and a fair trial, before declaring someone a criminal.

No one could possibly say this man was impartial, independent and unbiased.

Are you confident you would get a fair trial with this man in charge?

Tim Carmody has already displayed the utter contempt he holds for members of the judiciary, undermining them with his ‘bikie bail direction’, and awarding himself sole discretion to hear applications. In a packed room of judges, magistrates, lawyers and politicians, including his close personal friend, Jarrod Bleijie, he hypocritically warned the judiciary about ‘meddling’ in political matters. It should be noted that Carmody had been the Chief Magistrate for all of nine months before he was propelled to the dizzying heights of Chief Justice. It is inarguable that every other sitting Supreme Court justice has more experience than he.

So what has gone wrong? 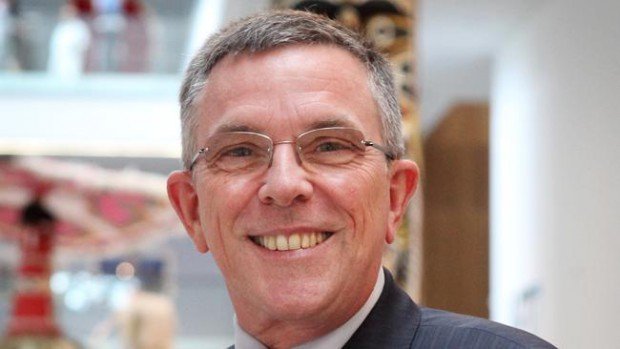 Ian Walker has socks for all the lawyers in Queensland

How has this been allowed to happen?

Quite simply, Jarrod Bleijie has completely ignored the golden rule of a fair and democratic government.

The doctrine of the separation of powers is quite simple; the power to make laws, put those laws into operation and interpret those laws must be separated and not in the hands of just one body, like Newman’s government. History has proven that unlimited power in the hands of one person or group leads to abuse of that power and a destruction of freedom and democracy.

In Australia, the elected representatives form the legislature and executive; they are responsible for making laws, and for the applications and operation of the laws.

It is the sole responsibility of the judiciary, and the judiciary alone, to interpret those laws. The judiciary must remain independent, impartial and free from political interference and bias.

The High Court, the most senior court and final avenue for appeal in Australia, reaffirmed this in the case of Kable v Director of Public Prosecutions NSW (1996), and it was this case that brought about downfall of the previous so-called anti-bikie legislation in both South Australian and New South Wales. The High Court simply will not tolerate the elected government controlling the judiciary. Nor must it ever.

Yet here is Tim Carmody, who is clearly a fervent supporter of Campbell Newman’s and Jarrod Bleije’s insane law and order agenda. We see a man who has openly and publicly affirmed his unsubstantiated and unproven belief that bikies and their ilk are a threat to public safety and deserve to be jailed indefinitely pending trial. Here is a man who cannot see that pandering to the reigning government’s ideology is destroying all public confidence in the judiciary. 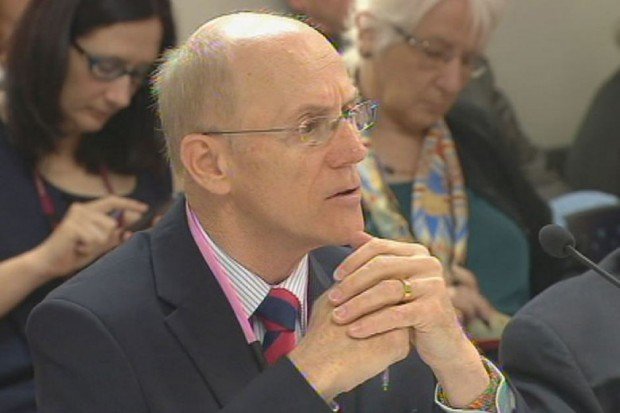 Newman and Bleijie have gone out of their way to demonise lawyers and judges by accusing lawyers of being part of the ‘criminal gang machine’ and judges of being unaccountable to the community and ‘living in their ivory towers’. The Government has spared no expense to brainwash the public into believing that to be safe and protected, they must trust the government, and the government alone.

In an attempt to further undermine the judiciary, Jarrod Bleijie has demonstrably and repeatedly proven his inability to keep secrets. In typical childish fashion, he has tattle-told the details of private conversations and advice from senior members of the judiciary to the media. In the grown up world, this is known as breaching confidentiality.

The legal fraternity has viciously condemned Tim Carmody’s appointment and the process which saw him cannoned into the role of Chief Justice. 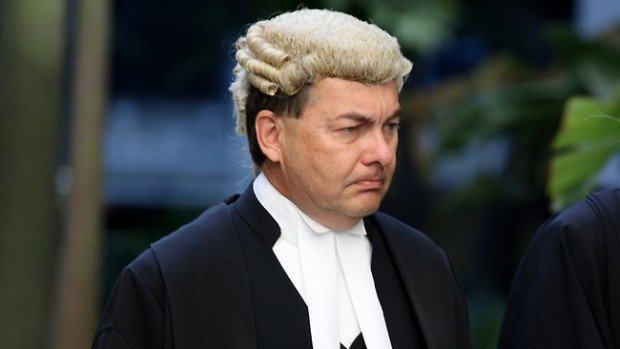 The eminent Tony Fitzgerald and ex Solicitor-General Walter Sofronoff have both made scathing statements. Sofronoff described it as a “horrible mistake”. Queensland Bar Association President Peter Davis QC went so far as to resign due to his fears over the integrity of the process by which Carmody received the top job. The Australian Bar Association and Queensland Law Society have also damned Jarrod for his inability to keep his mouth shut.

And in true fashion, the Queensland Minister for Science, IT, Innovation and the Arts, Ian Walker, told complaining lawyers to ‘just put a sock in it’. Because that’s exactly how you converse with the most ancient and respected of professions.

Unlike the good old school days, where you can run home to your parents when the teacher is picking on you, there are no adults to turn to when your basic human rights and freedoms are being destroyed. Newman has taken care of that by removing the independence of Queensland’s Crime and Corruption Commission and appointing to the Head of the Commission Dr Ken Levy. But Dr Levy is being investigated for misleading the Parliamentary Crime and Misconduct Committee in relation to an opinion piece he wrote for the local tabloids, fully endorsing the Government’s destruction of the Rule of Law.

Of course, none of this is to say that Tim Carmody will behave in a corrupt fashion. But the perception that he is Bleijie’s lap-dog is there. And that simply cannot be.

Queenslanders deserve better. And this is crucial when your freedom, your livelihood and your place in society depend on it.

You must be afforded the right to a fair trial, and the right to defend yourself in court before an independent and impartial adjudicator. And this must be perceived to be the case as well as practised in reality.

Tim Carmody’s appointment to Chief Justice is tainted. Bleijie’s actions have threatened the independence of the judiciary.

This is why you should care.