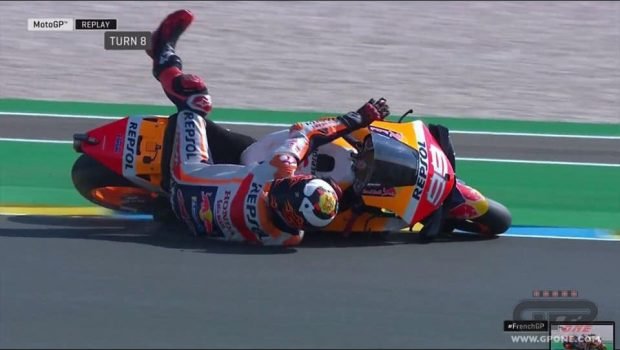 “The police monkey was burning the hair off his body with fire and his leathers were hanging up outside his trailer.”

This Lemon racetrack is stupid. And there are many strange things going on.

Usually, the strange things happen later in the season when everybody is tired and looking for work for the next season. But It is happening very early this season.

I saw that stupid swearing kangaroo beer-can from Austria trying on the leathers of the police monkey who replaced me at Ducati.

The police monkey was burning the hair off his body with fire and his leathers were hanging up outside his trailer.

The beer kangaroo came along and said: “Gonna be wearin’ these next year so best try ’em on for size, aye? Saves Gigicles spendin’ my beer money on new ones.”

The Yellow Puta was torturing his fat wife, Uccio, very early in the season this year. I have never seen anyone waterboarded with used motor oil before. And how he used that broken chain to lash him! 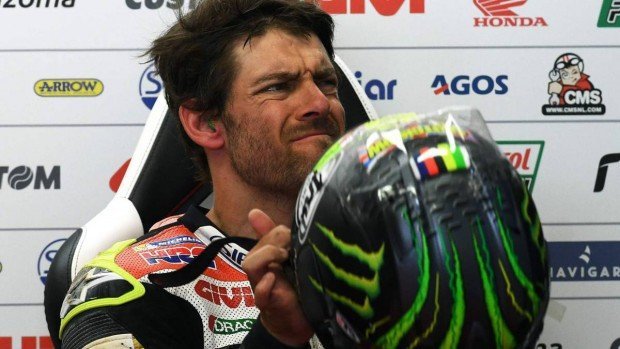 The Mad-Eyed English Puta is fighting a wildebeest with his helmet in his hand. I think the wildebeest is winning. Wildebeest are very good fighters.

The Snail Puta has been tied up with Austrian barbed wire for saying to the media the Austrian bikes are worse than boiled mierde and he is ashamed to ride them in front of his countrymen.

The paddock is becoming a little crazy, Poo-eegah.

You must congratulate me on my perfect position in FP2.

I am fourth, but that is really the first place because Marty will crash, so it does not matter. I even showed him on which corner to crash. But he is such rubbish, he couldn’t manage it properly. I like that he tried. It shows he listens to my advice.

Fabulous Quarterputa will forget to change gears like last time, and that one whose parents named him after Tom Cruiser’s naked basketball film will not start racing until the last two laps.

So it is all me. As I told you. I’m not sure you heard me over the sound of the razor cutting the flesh on your thighs. That is a very interesting Eskimo custom, Poo-eegah. I respect it.

Also, you must not tell people I will not be the Supreme Repsol next year. I do not want to start a bidding war just yet.

Of course, it is a little bit true I have had a pappadam dinner with the Rajah of Royal Enfield, and he promised me my own elephant if I agree to race his bikes in MotoGP.

I have always wanted my own elephant, Poo-eegah.

Then I had a sandwich full of rotten cabbage with some Japarean bushidos from Hyosung. Did you know they build the fastest and most comfortable bikes in the world? I think the Satu Hati Mati Fati bushidos from Honda should have a meeting with them and maybe buy some proper racing technologies.

They did not offer me an elephant. Maybe they did not know I like elephants. Which is your fault, I think. What do I pay you for, Poo-eegah? It’s certainly not to tell the media to stop asking stupid questions about where I am racing next year.

I will race wherever I want. That has always been the case.

So now I will make the greatest Qualifying anybody has ever seen.

Make sure you are ready to massage my feet with that warm oil you have squeezed from the glands of the seals. It pleases me when you do that.

And I am pleased to be pleased.

You remain my obedient servant,